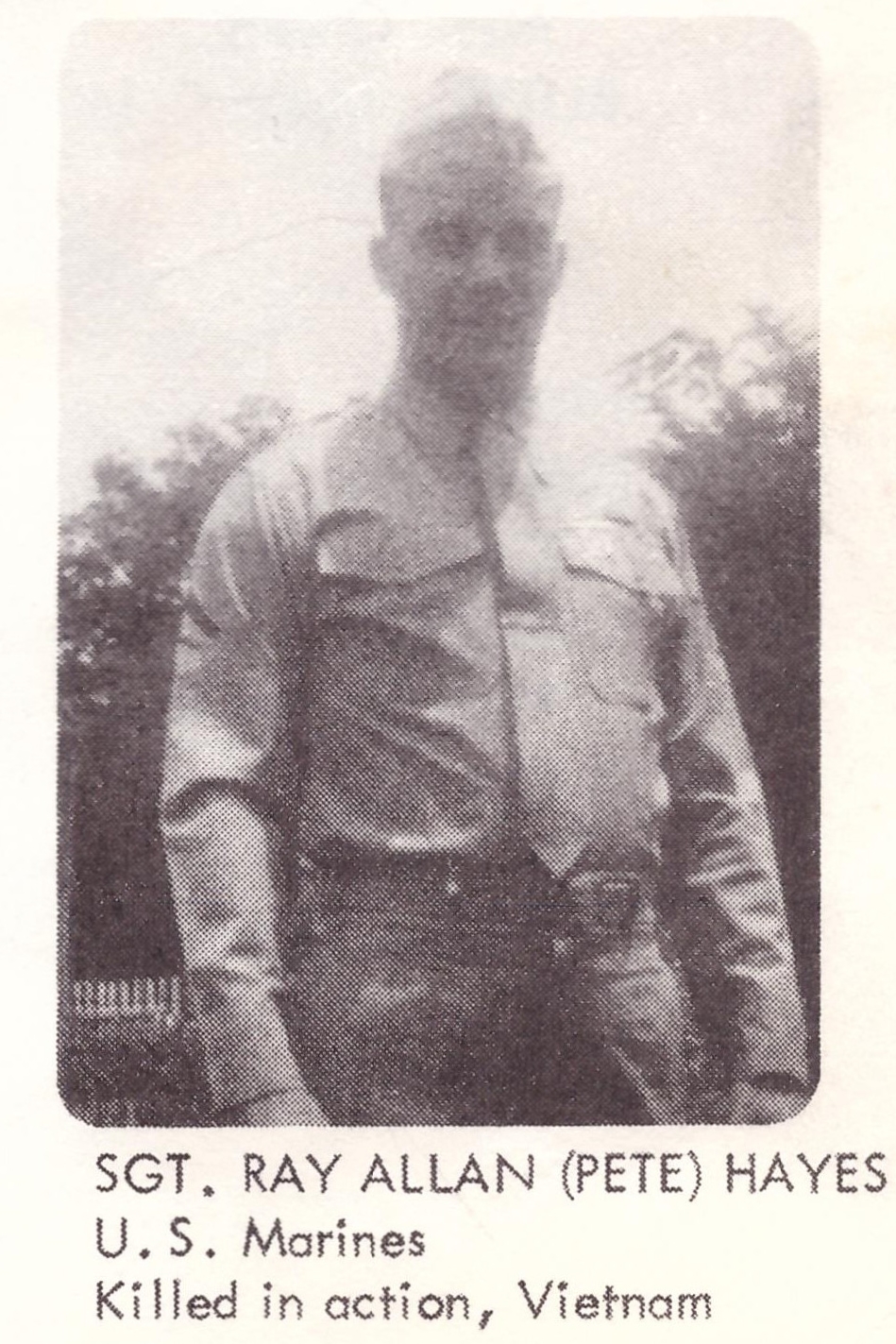 Sergeant Ray Allen Pete Hayes was born February 6, 1944, in Knoxville, TN. He was the son of Ray and Mary Elizabeth Hayes and had two sisters. He was raised in the John Sevier community of East Knoxville and was a member of East Oldham Street Baptist Church. He enlisted on March 2, 1961, at the age of 17 in the United States Marines. Sgt. Hayes had returned to Vietnam two weeks before his death to begin his second tour. He was a member of Company A, 1st Battalion, 5th Marines, 1st Marine Division. He was killed on September 17, 1968, in the Quang Nam Province of Vietnam. He is buried at Block Springs Baptist Church Cemetery in Grainger County, TN.

The President of the United States takes pride in presenting the Silver Star Medal Posthumously to Ray A. Hayes 1942851, Sergeant, U.S. Marine Corps, for conspicuous gallantry and intrepidity in action while serving with Company A, 1st Battalion, 5th Marines, 1st Marine Division Rein., FMF, in connection with combat operations against the enemy in the Republic of Vietnam on September 17, 1968. By his courage, aggressive fighting spirit and steadfast devotion to duty in the face of extreme personal danger, Sergeant Hayes upheld the highest traditions of the Marine Corps and the United States Naval Service. He gallantly gave his life for his country.
Home Town Knoxville, Tennessee 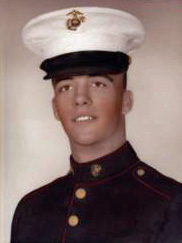