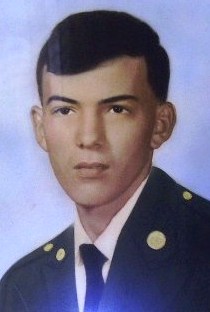 Son of Earl and Mary Perry of Dayton, Tennessee

Amanda H
Uncle never got the honor to meet
I only know of great things about you and wonderful photos to go with it. I wish we could have met and had a wonderfull life together, I will never forget you and THANK YOU in so many ways for what you have done. I love you and will never forget you!!! WITH GREAT LOVE YOUR NIECE AMANDA
Sep 4, 2009

Ricky Farmer
rfarmer002@woh.rr.com
I was in B 512 199th Sept 69-70
2136 Hoppes Ave Springfield Ohio 45503 U.S.
To a Brother that I served with
I would have been with you on that terrible day, but I was in the hospital. I remember when the company came back to fire base Libby they told me we lost you. It really hurt me bad when they told me. When I found this web site I had to write to say what little time we got to know each other, you were a good friend I think about you a lot. Rest easy my brother see you in the next life.
Dec 8, 2007

Joseph McCoslin
My father, Dennis McCoslin, was with Randall Perry on that sad day he lost his life. I remember him telling me how sad the men were. He was well liked. God bless you and all those who gave the ultimate sacrifice. May they never be forgotten…

Antonio Loya
I served with Perry in Vietnam, the day that he died has always remained with me. Earlier that day I passed out the mail. When I gave him his letter he said, today is my birthday and my sister sent me this card/letter, would you like to read it. What a kind gesture I recalled ( I always hoped that his sister could have known that he read her card/letter. An about an half hour later after we settle down we were ambushed, we were in the middle of a bucker complex and could not see the enemy. We opened fire and soon we realized that we needed to move out per the direction of our platoon leader. Randall volunteered to lead the platoon out, as we moved out Randall was shot along with two other soldiers. He has remained all these many years a hero. I had always wished that I could have told his family what a great young man he was. I tell the story of Randall every opportunity, I want people to know that he placed himself in harms way to save the platoon. God bless his family, you should be proud of Randall

William (Dave) Cochran (dave.barb76@gmail.com) (937) 371-8343
It has been 48 years since the day a fine young man was sadly taken from his family and his many friends. I was one of his best friends. It has taken all these years for me to write to someone and share my thoughts of him and that horrible day. I have shared that day only with my wife. I spent almost everyday of 5 months with Randall. Talking, laughing and living day to day in that horrible environment. I suppose more details of that day would not be appropriate here. Except I have the entire story as I was with him that day from the moment we set up for the night and all the way to the end. Any family member may feel free to call me if they wish to. May God bless all who knew Randall and those especially from his family.