Statement of Lt. Harry C. May (APC of Aircraft #520):
Lt. McKillip, leader of “C” flight, 2nd Squadron was hit by a fighter just after the breakaway from the target, Usa airfield. Approximately 10 feet of his left wing was torn away. The ship rolled to the left and out of my line of vision. My left blister gunner reported no chutes before the ship crashed, on the Island of Kyushu.

He is memorialized on the Tablets of the Missing at Honolulu Memorial, Honolulu, Hawaii

Ralph and two other crew members were able to parachute out before the B29 crashed into Hachimen Mountain in Japan. They were executed on June 20th, 1945 in Fukuoka, Japan. I wrote a book on the crew and their fate “The Crew of the Empire Express and Peace on a Quiet Mountain in Japan. It’s available by contacting me (mikejudyberg@gmail.com). See book title in photo below.

There is a memorial to the air crew at a Peace Park and museum. This was constructed by the local Japanese and some US military in about 1970. I have visited both. Very interesting. Mike Berg 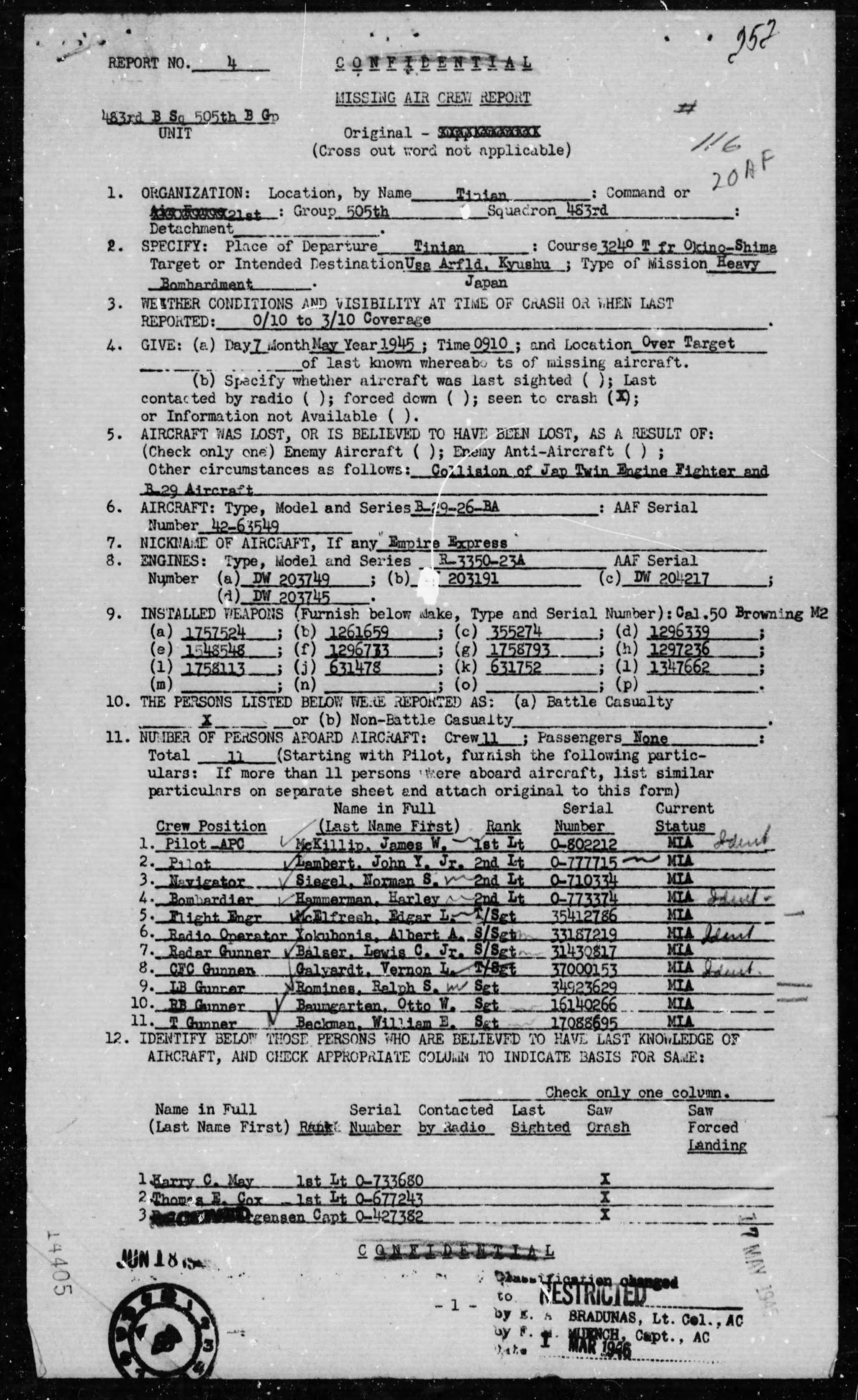 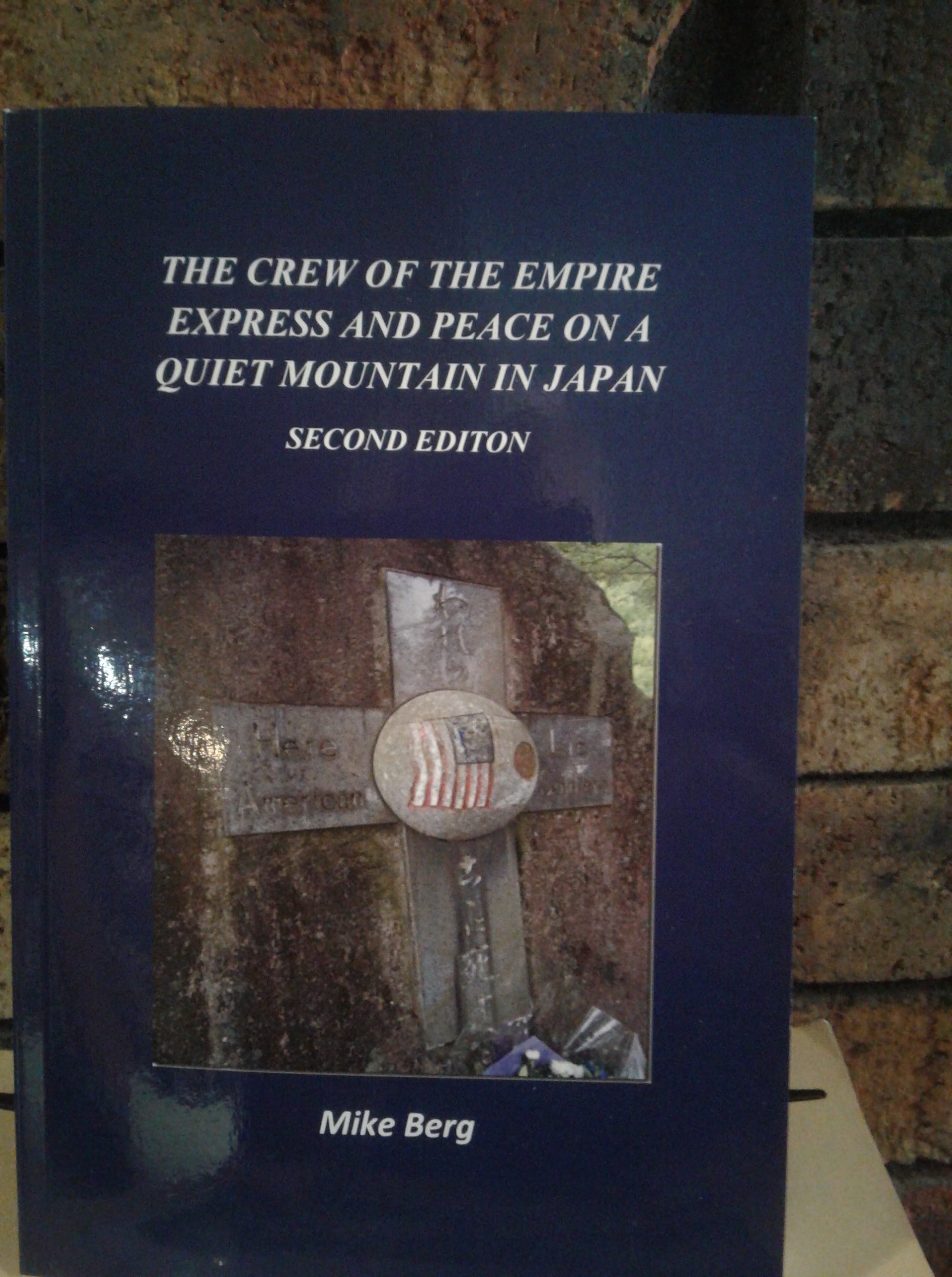