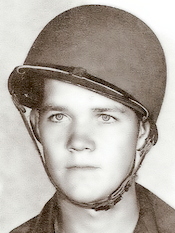 He was the brother of Arthur Phillips who is also buried at the same cemetery.

The Greeneville Sun, December 28, 1944
Two brothers, Pvt. Ralph Phillips, 19, and Pvt Arthur Phillips, 20 have been reported as killed in action in the European Theatre. Pvt Ralph Phillips was killed November 14 in France. He entered the servicee fourteen months ago and had been overseas since August. The other brother was reported killed on July 19. He had been in the service three years.
The brothers are nephews of Mr. R.E. Phillips and sons of the late Bruce W. Phillips, a veteran of World War I. 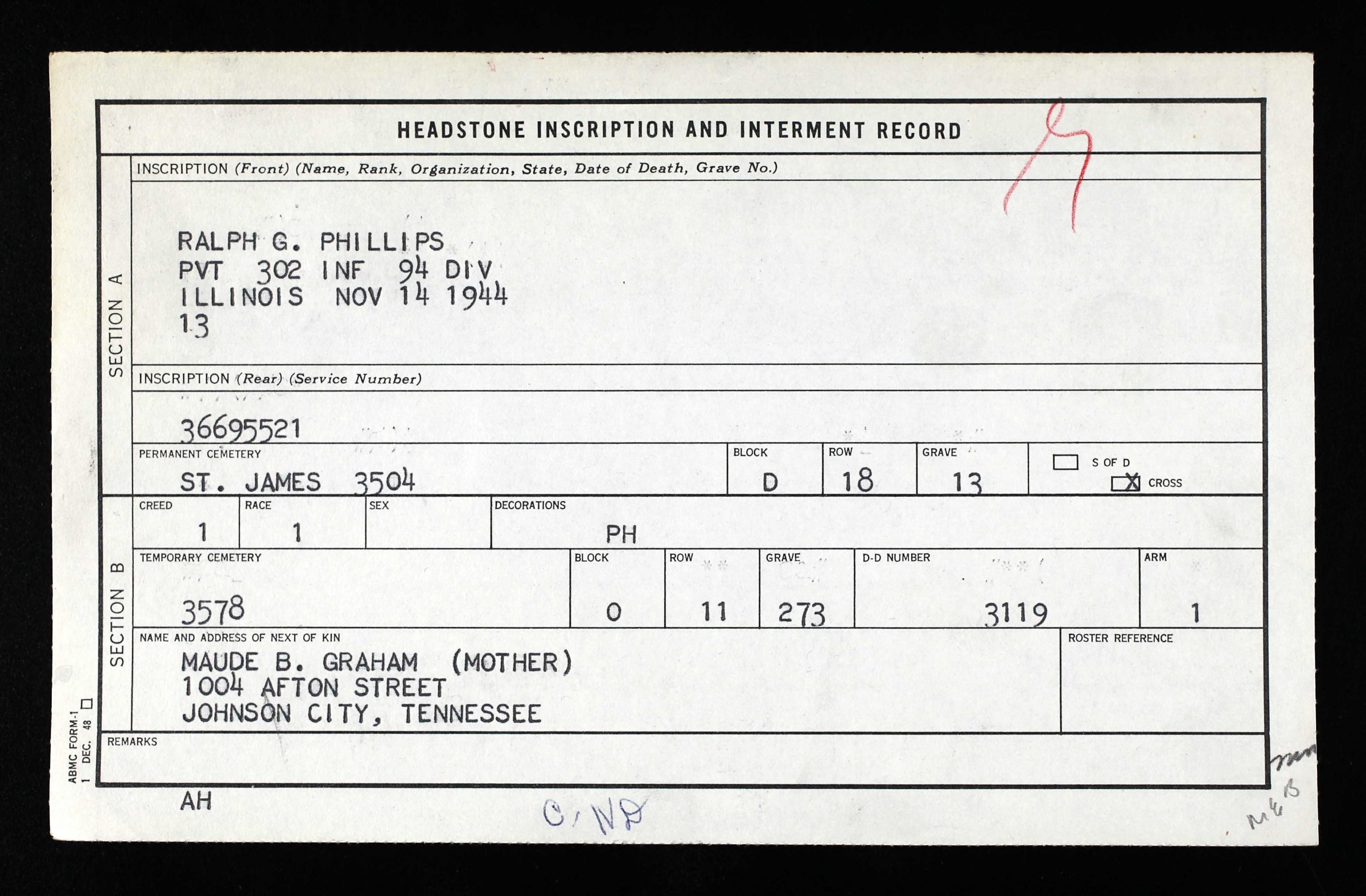