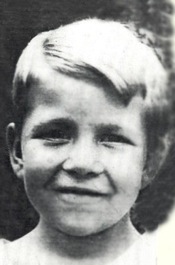 His brother, Delbert L. Vise, was on board a naval ship as Chief of Radar defending Saipan when Ralph was fighting on land. Ralph and Delbert spent time together in Honolulu right before both were deployed to the Pacific. The pictures of them laughing and enjoying each other’s company are priceless!
-Submitted by Sharon Vise Leynes, niece 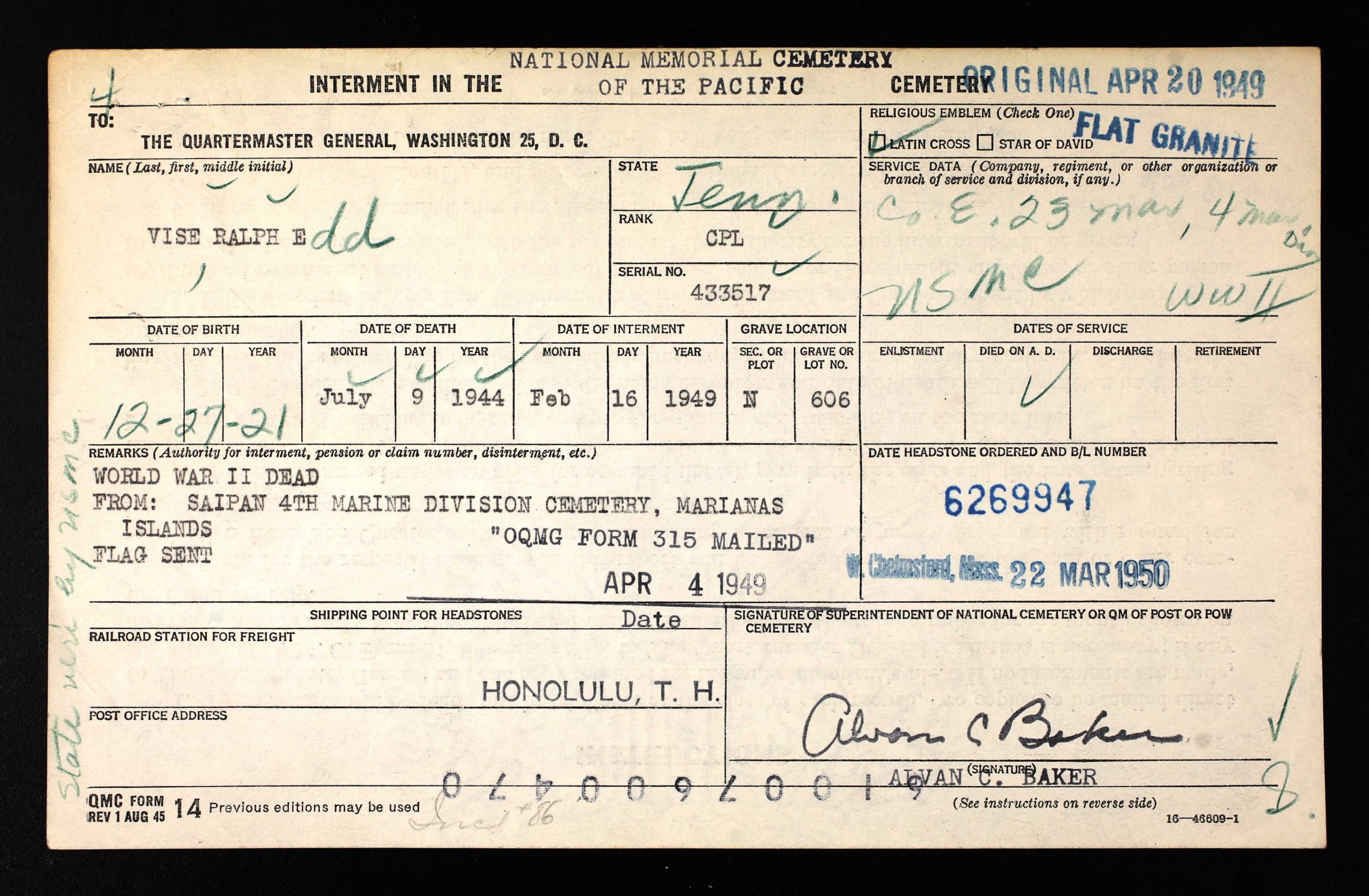 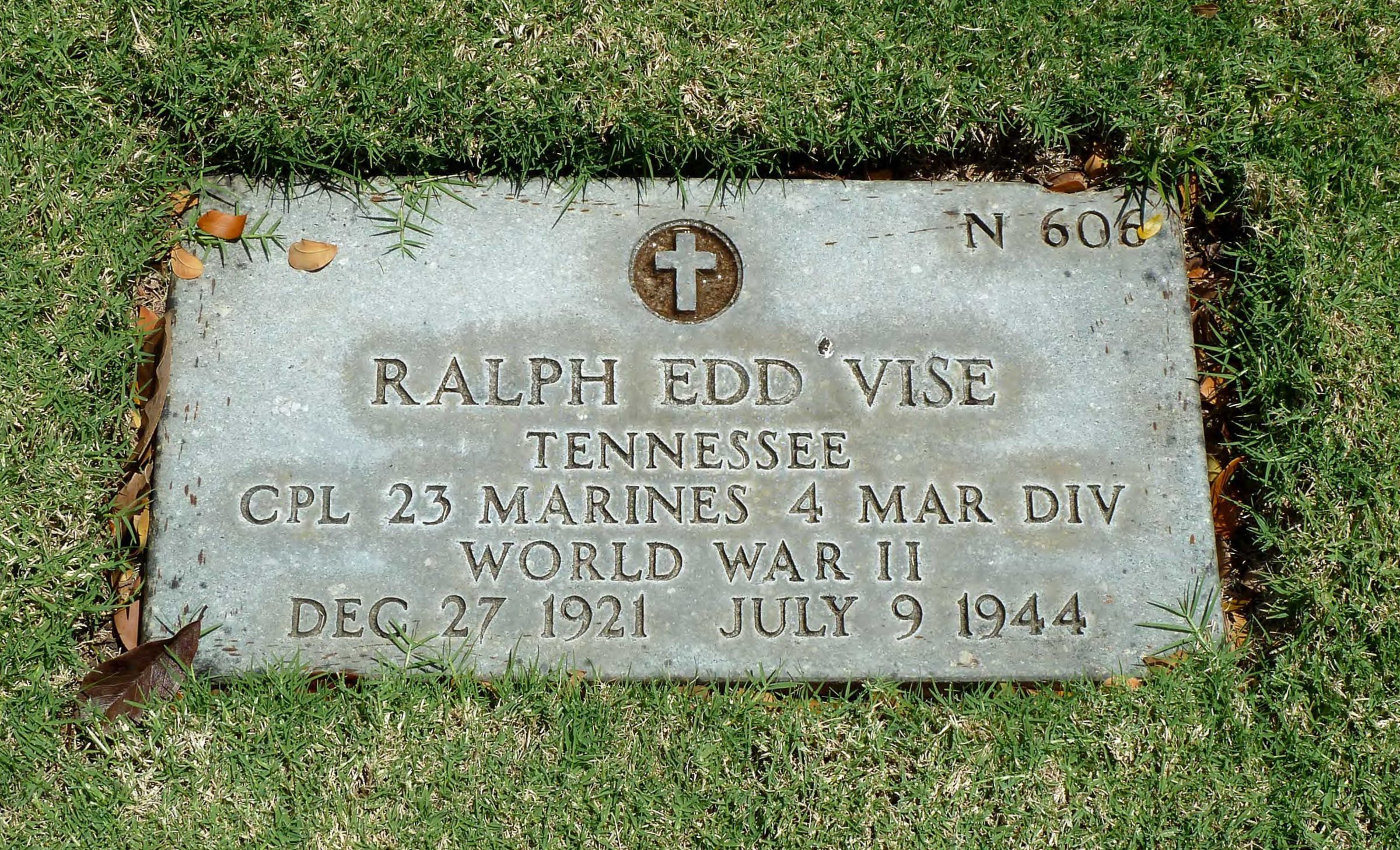