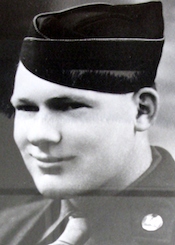 Ralph Edward Lowe
Corporal Lowe was a veteran of World War II. In Korea, he was a member of the 82nd Ordnance Heavy Maintenance Company, U.S. Army. He suffered a myocardial infarction and was evacuated to the Swedish Red Cross Hospital at Pusan, South Korea where he died.

The VFW Post 5266 Auditorium in Morristown, TN is named in his honor. 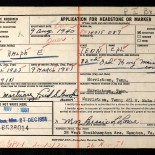