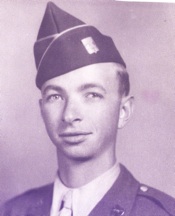 Ralph Gaddis served in the 90th Infantry Division and took part in the D-Day landings at Utah Beach. He was killed at Ste-Mère-Eglise on June 12, 1944. He enlisted on October 12, 1942, in Fort Oglethorpe, GA

PFC Ralph Earl Gaddis was born in Jefferson County, TN, but grew up in Knoxville. His parents were Bruce W. Gaddis and Allie Moore Gaddis. He was the oldest of three children. He is survived by brother, Ret. Bgd. General Norman C. Gaddis, and sister, Opal Gaddis Suddarth.

Ralph was a member of the 90th Infantry Division which landed on Utah Beach on June 6-7, 1944. His division was guarding the Rhode Network leading into the small French village of Ste-Mère-Eglise, approximately 12 miles from Utah Beach.

PFC Ralph Gaddis was mortally wounded on June 12, 1944, and buried in the small village of Ste-Mère-Egise for a period of five years. At the completion of the American Cemetery at St-Laurent, France, PFC Ralph Earl Gaddis’ remains were moved to the new cemetery in 1950. 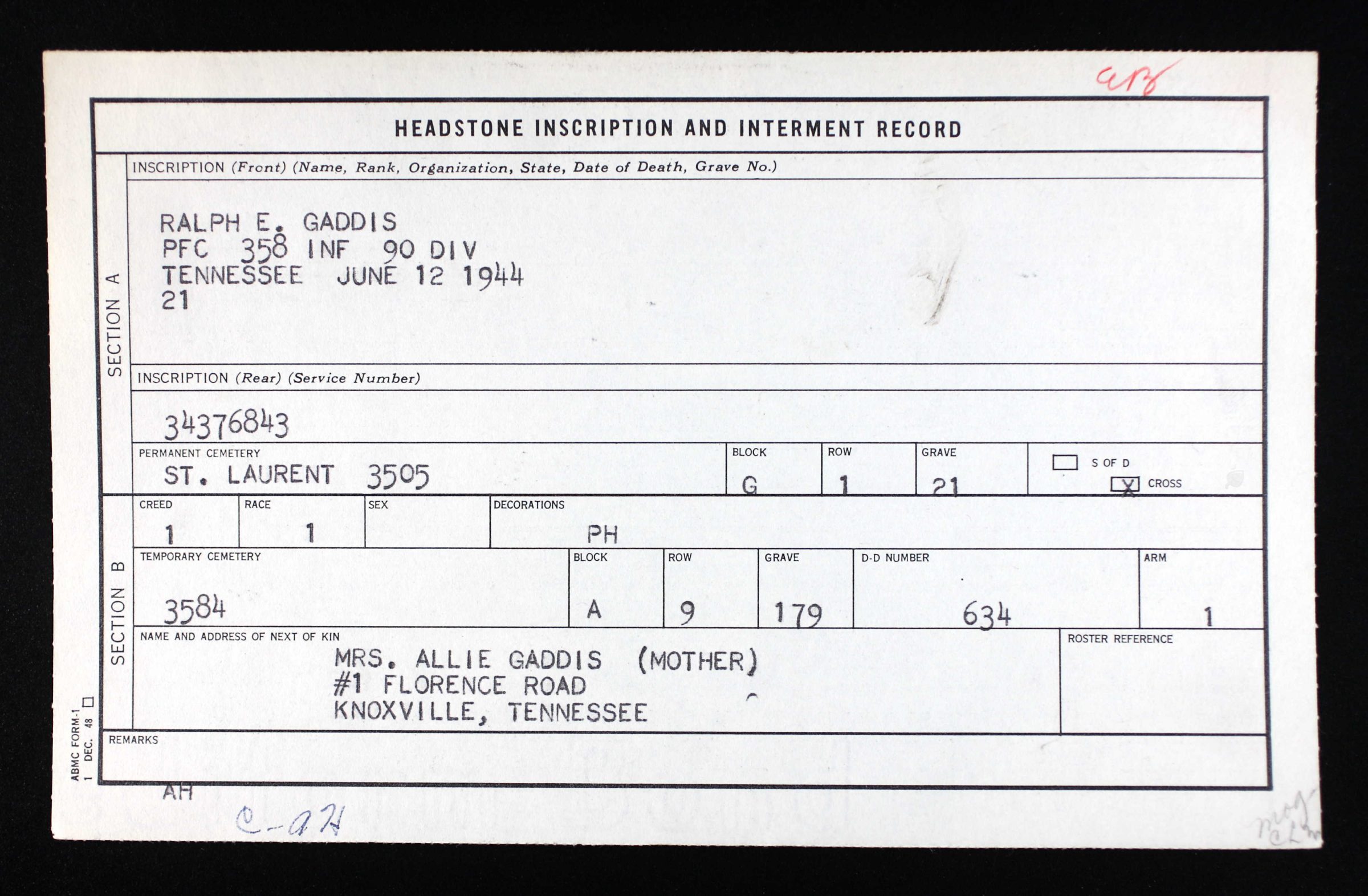