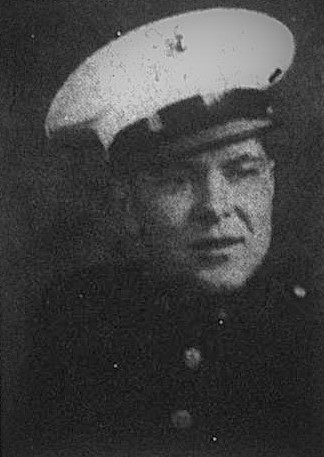 PFC Ralph Eugene Cannon (USMCR) died at the age of 23.

The Greeneville Sun, March 30, 1945
Mr. and Mrs. Dave Cannon, of near Greeneville received a telegram yesterday from the War Department notifying them that their son, Pfc. Ralph E. (Hoppy) Cannon, U.S. Marines had been killed in action on Iwo Jima.
Relatives of Pfc. Cannon, who belonged to the Second Marine Division and was wounded in the battle of Saipan, did not know that he had returned to his outfit. After he was wounded he was removed to a hospital at New Caledonia, and it was thought that he was still there in a rest camp, until they received the death message yesterday.
His survivors in addition to his parents is a little sister, Barbara Jean. Pfc. Cannon, in civilian life was employed at both the Boyd and Central Drug Stores. He was also a messenger for Western Union. He went into the service two years ago, most of the time being spent in the Pacific. 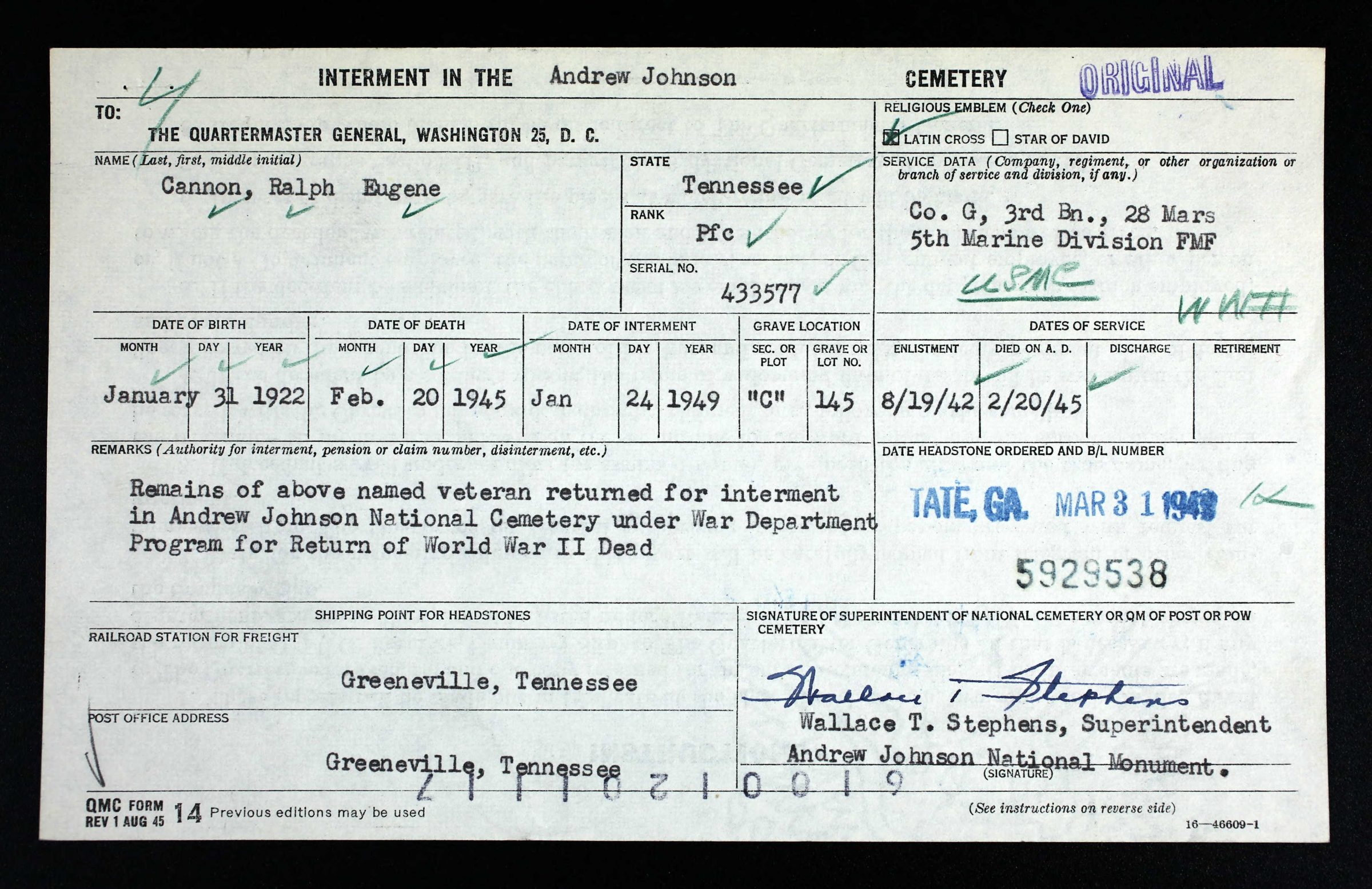 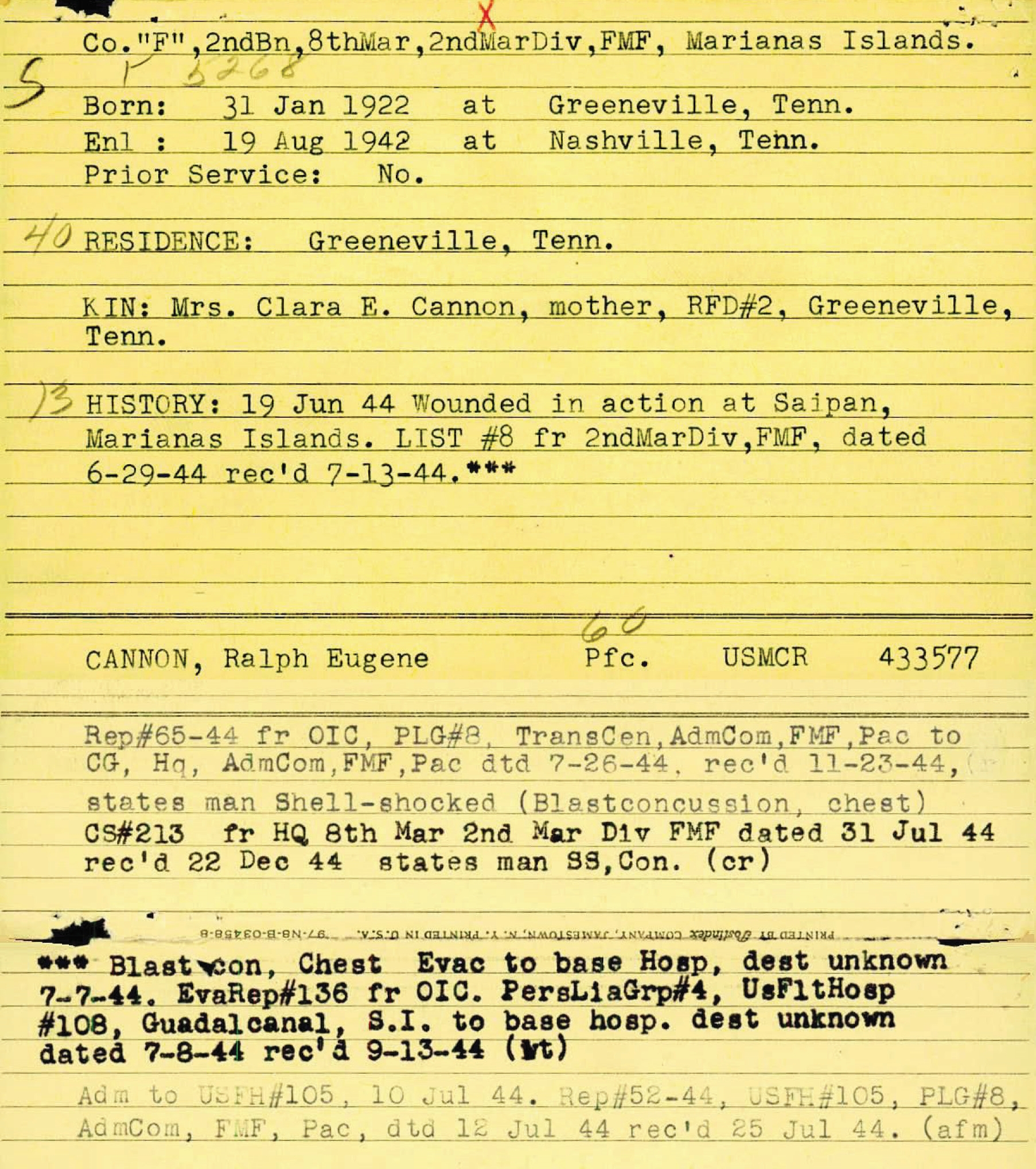