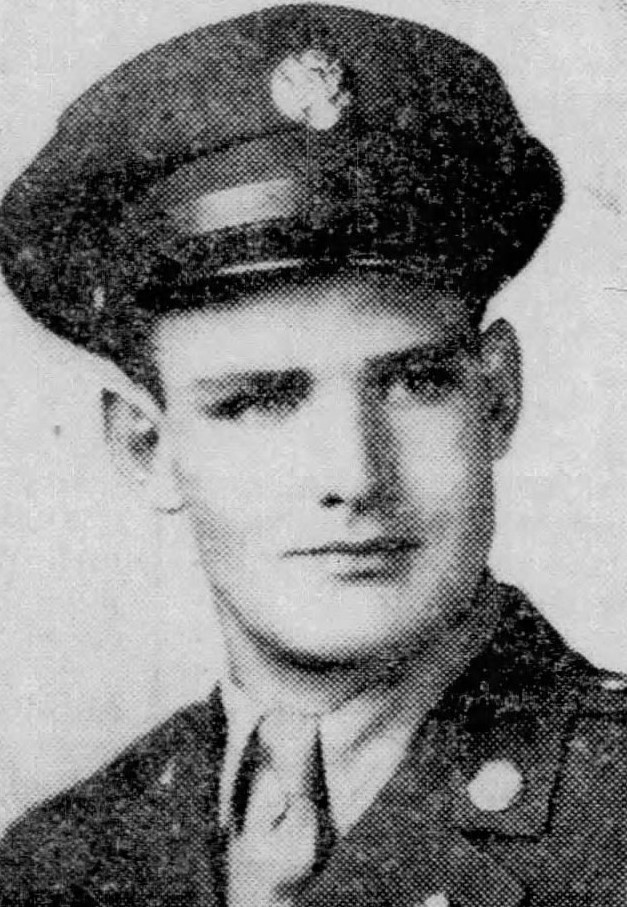 The Knoxville News-Sentinel, November 15, 1944
Pvt. Ralph B Richey, son of Mr. and Mrs. Charles L. Richey, 3109 1-2 Ashland Avenue, was killed in Germany on Oct. 6, according to a telegram from the War Department. Pvt. Richey has been in service about 10 months, and overseas about two and onehalf months. He attended Stair Technical High School. He was with the combat engineers. A brother Pvt. George B. Richey is now in France.

The News-Sentinal Sunday Magazine, December 2, 1945
This is a story of love and devotion. A story of a Knoxville soldier, and his grave in belgium, and of a Belgian girl who does not forget. The soldier was Pvt. Ralph B. Richey. He was a trucker at John Sevier Yards before enlisting. His mother is Ruth M. Rickey of 3109 Ashland Avenue. A handsome lad of 19, he was. You see his picture here. Handsome and his eyes, “they were blue,” the girl remembers, “and his teeth, so white like pearls,” she writes. This girl is Leona Hamers. She is 22. Her home is in the province of Liege, Belgium. You see her picture, kneeling in prayer at Ralph’s  grave. A few days before Mrs. Richey got that fateful telegram from the War Department she had a letter from Ralph. He wrote from a Belgium home in which he was billeted. “I like the Bellgian better than any other people I have seen over here,” he said. “They appreciate everything we are doing fort hem. I can’t understand them very well. They are talking now. I think they want to go to bed. It is raining hard outside. Good night, mother.”

Mrs. Richey couldn’t know at the time, of course, of this Belgian girl in that home. Her story has come to Mrs. Richey in letters since. “He asked me for my picture,” she wrote once. “but he did not give me his own because he had no pictures with him. He gave me his Army address, and promised to write me. He look so sympathetic.”Next morning Ralph slugged away through the rain and mud. Leona waited fort hat letter. It never came. Then she wrote him. Still no letter came from Ralph. She began to fear, and yet hoped against her fears. Many American had been killed in that awful battle. She heard much of these deaths. Too, she heard that thousands were being buried in a large cemetery at Henri-Chapelle. She had never been to Henri-Chapelle. “But I ride my bicycle,” she wrote later. “It’s a long way to go there. About 15 miles.”
She walked among the thousands of white crosses there, walked from one to another, reading the names, and at the end of one row, and not far from the entrance, she found it. She knelt and cried. And, prayed. Then she went to the cemetery office and got Ralph’s street address here in Knoxville, and all the information she could about when, and where and how he was killed. She put this in a letter, and mailed it to: Family Richey, 3109 1-2 Ashlord (or Ahsland) Avenue, Knoxville, Tennessee, U.S.A. This letter reached the boy’s mother. That was the first she knew of where her son was buried. Leona wrote: “They no let me plant flowers on grave. Military. I put wreath here.” And, she mailed Mrs. Richey a picture of the grave, and her wreath. If you are a Gold Star mother you can understand why Mrs. Richey also cried, yet how comforted she felt in knowing where her son was buried, and seeing this wreath on his grave. And equally appreciated by Mrs. Richey was a real violet this girl had plucked from the wild ones growing on the grave, and enclosed in the letter to her. 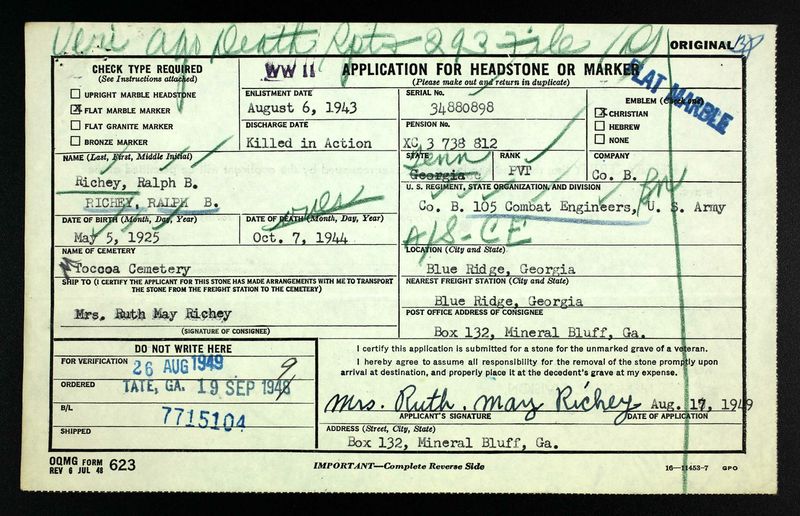 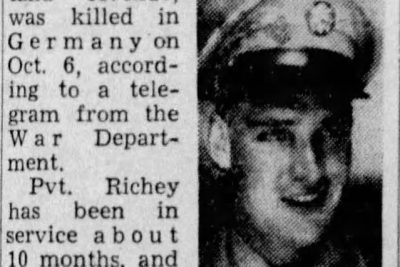 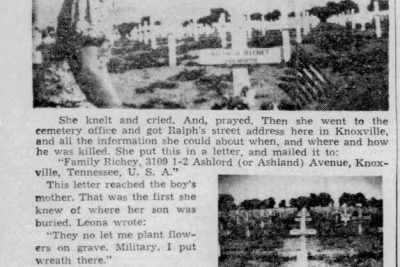