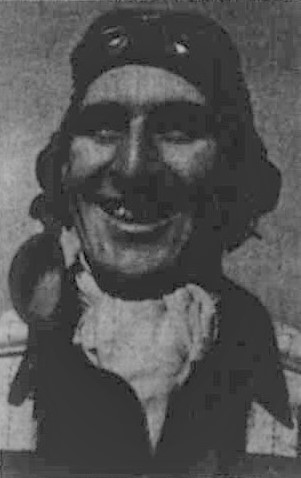 Friends of Lieut. Ralph McNabb, formerly of Sweetwater, will be sorry to learn of his death in California as the result of a plane crash in which he and two other officers were fatally wounded.

Lieut. McNabb is survived by his parents, three brothers, Dick, J.T. and Charles McNabb, and one sister, Miss Lorene McNabb, who is a student in Hiwassee College.

The remains were shipped to Sweetwater, and funeral services will be conducted at 930 a.m. at the home, followed by brief services and burial in Westview Cemetery, Newport.

The Knoxville Journal, February 8, 1941
Three East Tennessee flying cadets soon will be wearing Air Corps wings at the West Point of the Air, Randolph Field, Texas. Among them Ralph A. McNabb, Sweetwater. They are among nine Tennessee cadets scheduled to get their wings on Feb. 7/ Ahead of them is a final 10-week advanced flying course at Kelly Field, TYexas, after which they will be commissioned as second lieutenants in the Air Corps. The East Tennesseans started their flight training last September at Primary training schools. They logged 65 flying hours during the 0-week course here. 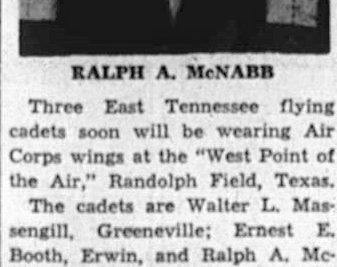 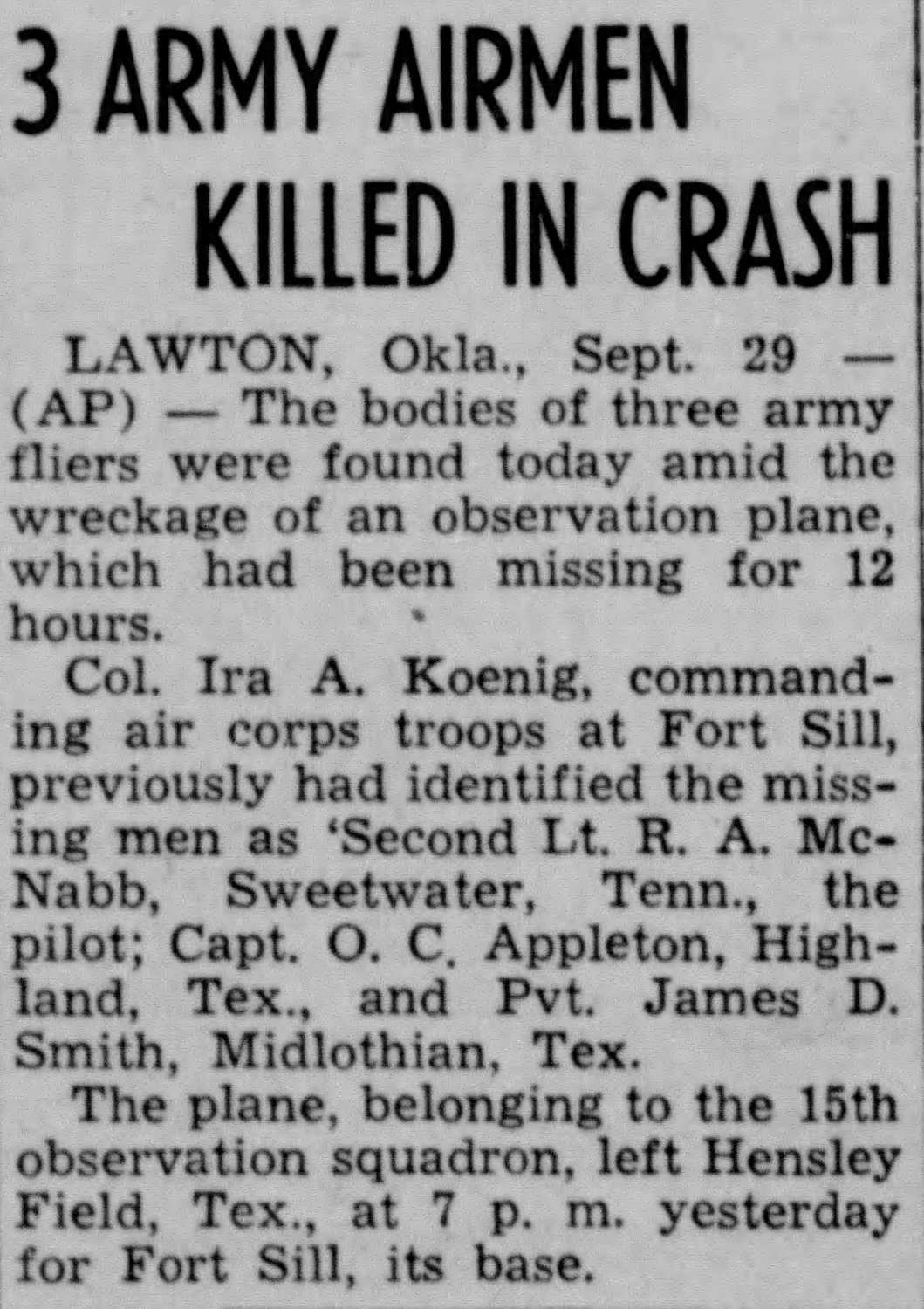 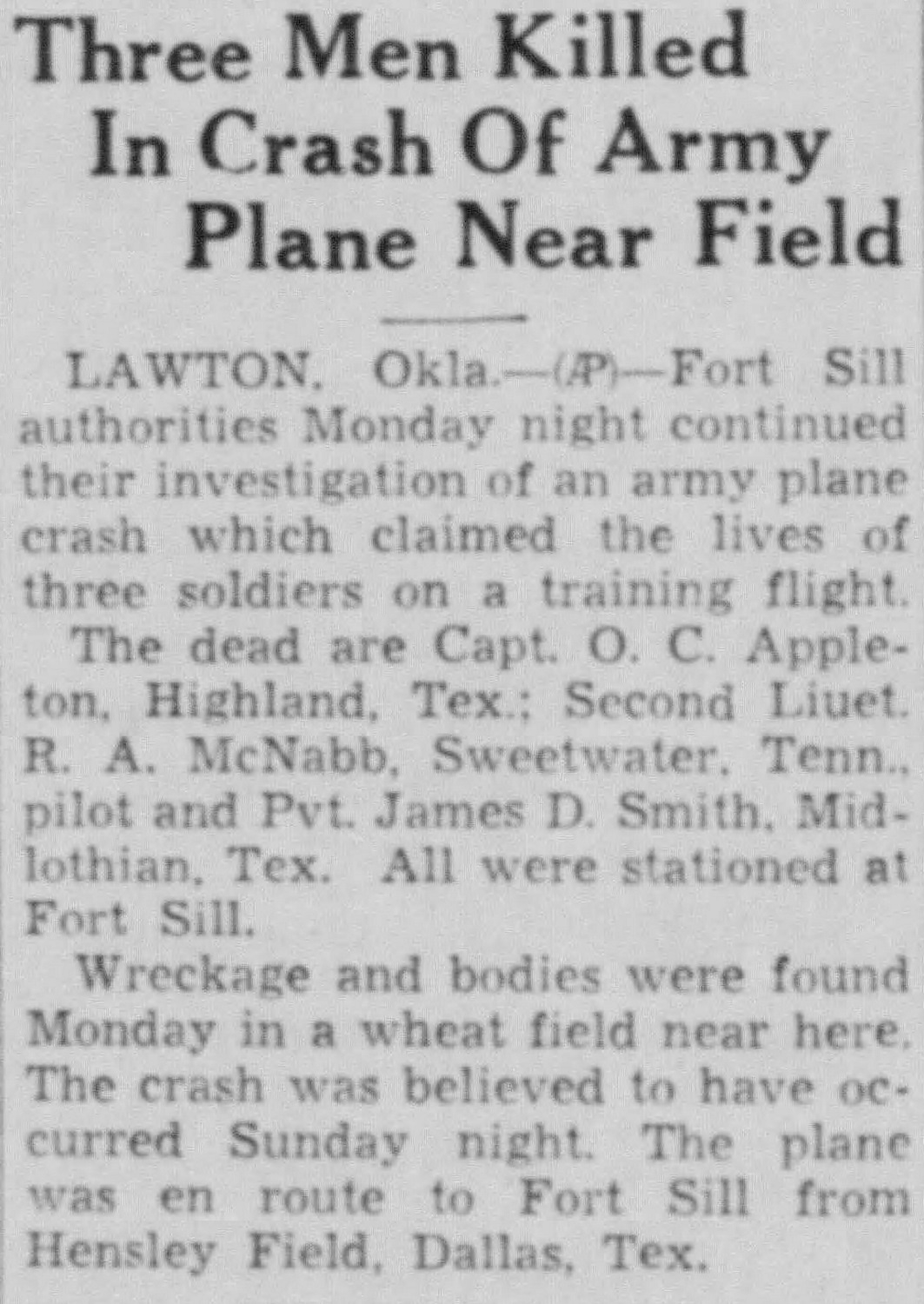 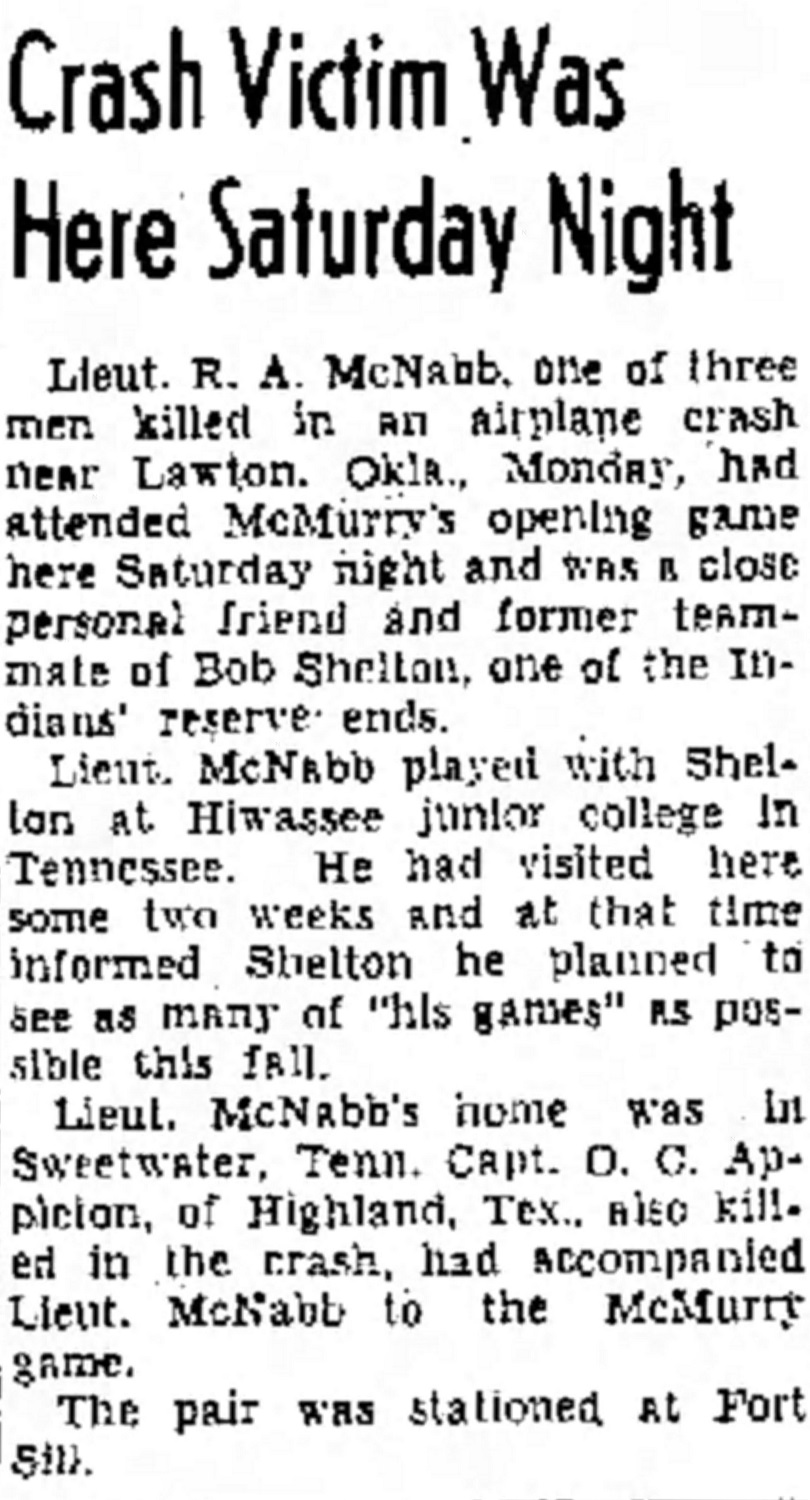