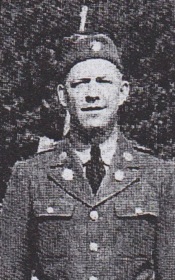 Private First Class Raleigh Cecil Seiber of Lake City was born on April 5, 1909. He was the son of Willie T. and Cora Lee Duncan Seiber. He served in the Pacific theater of the war and died on Biak Island, New Guinea on June 4, 1944.

PFC Seiber was initially buried at the USAF Cemetery, Finschaffen No. 2, New Guinea. He was buried in Knoxville National Cemetery (B, 6466) on September 25, 1948.

The Clinton Courier News, July 6, 1944
Offical notice from the War Department received last Friday of the death of Pvt. Rolliegh C. Seiber, 36, son of Mr. and Mrs. W.T. Seiber, RFD 1, Briceville. The message stated that Pvt. Seiber was killed in action in Bilkie, New Guinea, on June 4. Pvt. Seiber had been in service four years with one year overseas. 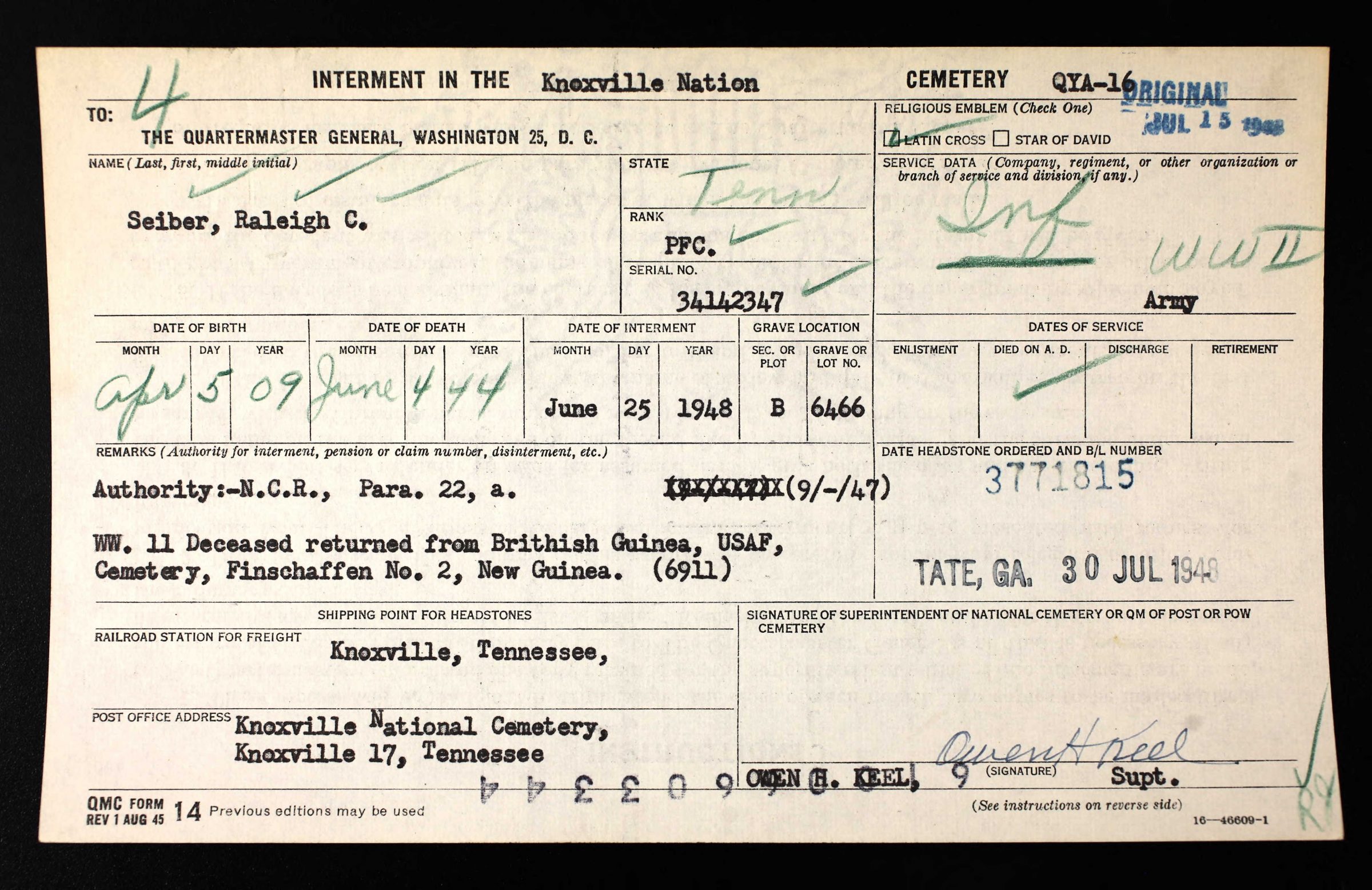 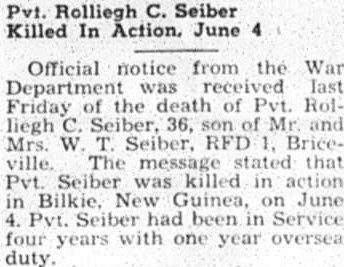