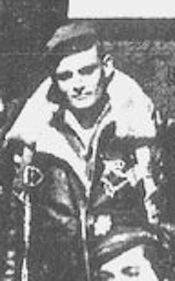 Sergeant Richard R. Douglass Jr. was assigned to the 828th Bomber Squadron, 485th Bomber Group, Heavy, as a Tail Gunner flying in a B-24G with serial number 42-78118, out of Venosa, Italy on a bombing mission to Munich, Germany

Their plane, the “Patty Ann”, was shot down on the 13th of June 1944 over Munich. Douglass was the only one killed; the rest of the crew were captured and placed in POW camps.

Sergeant Douglass is listed on the Tablets of the Missing, Epinal American Cemetery, France. 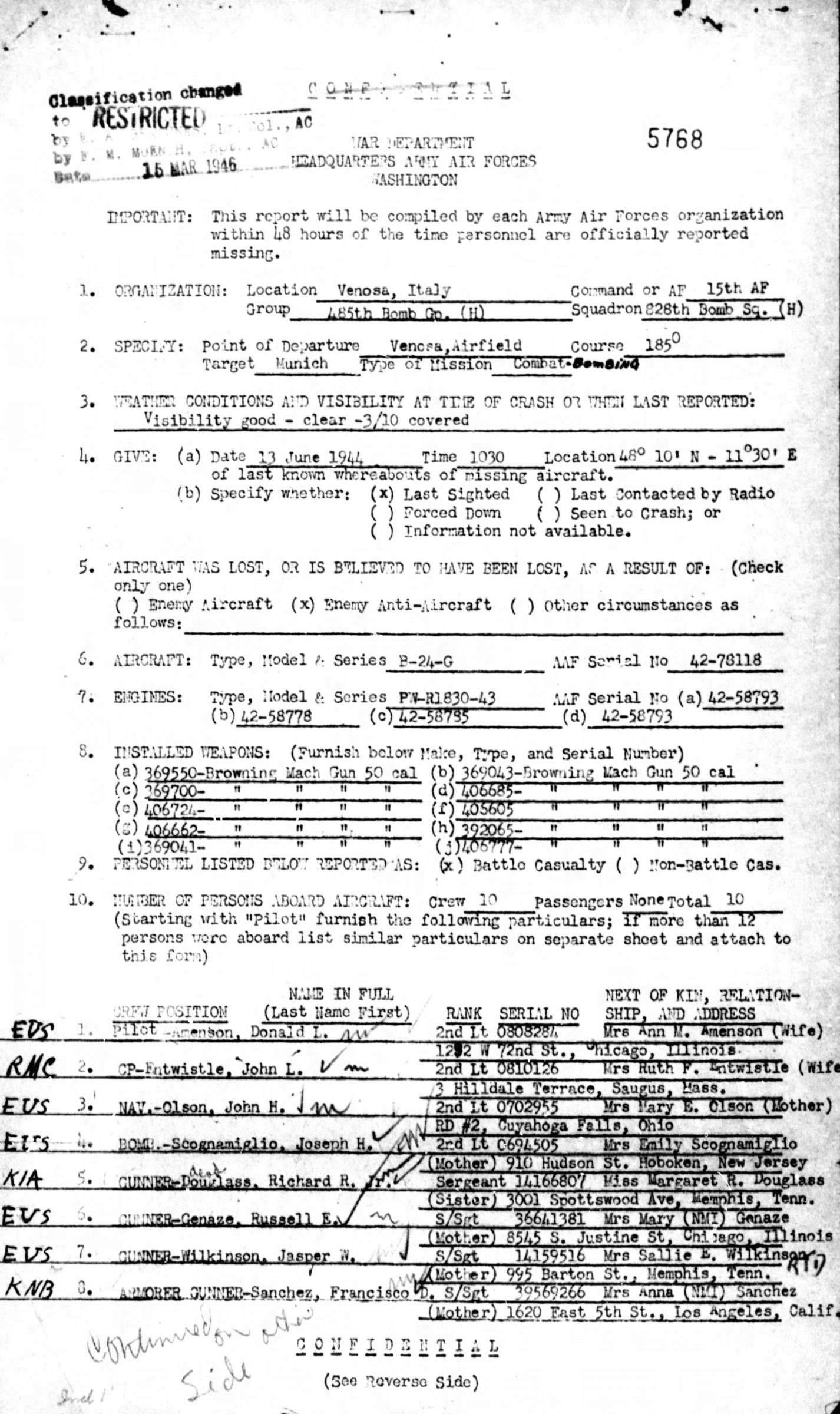 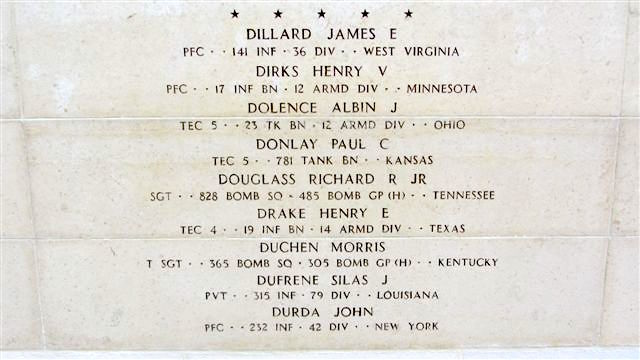