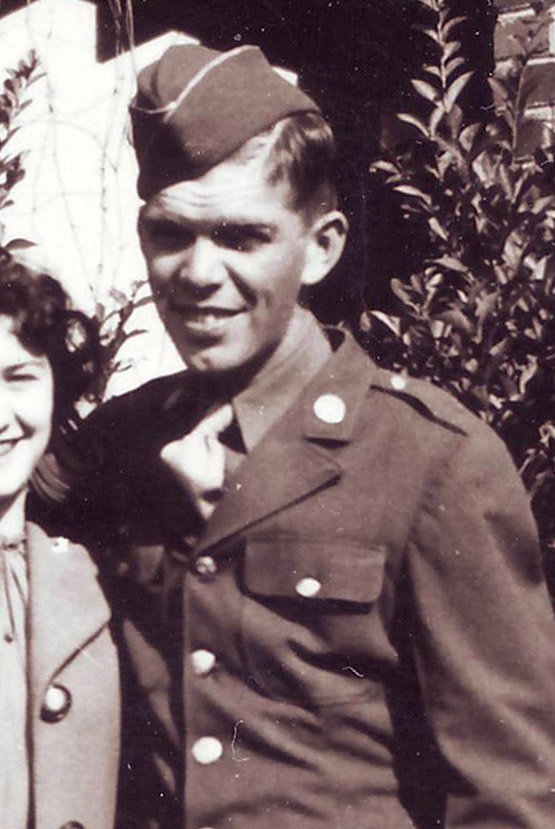 Raymond O. Phillips Jr. was killed in action on January 4, 1945 by artillery fire. Junior served with the Seventh Army. He served with the 141st Infantry Regiment of the 36th Infantry Division. He arrived at his front line unit on December 22, 1944. He first saw combat on January 2, 1945 earning his Combat Infantry Badge. On January 4, 1945 his platoon was overrun near Lemberg, Germany and Junior was declared Missing in Action. What happened to him remained a mystery until the war ended and a liberated soldier reported seeing Junior killed. But the whereabouts of his remains were still unknown.

As luck would have it, during the interpreting of some German documents after the war, a letter was found stating that a German unit had found his body (his name and dog tag information were included in the letter) and that the German soldiers had buried him alongside their own soldiers in a cemetery outside of Lemberg. With this information, Junior was recovered and reburied in France. Later he was relocated at the family’s request to Kingsport, TN. He was almost 24 years old when he was killed in action and had been with his front line unit for less than two weeks.

He was the husband of Kathleen Ring Phillips and father of Bobby Gale and Brenda Lee. 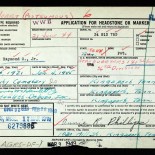 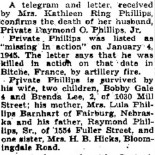 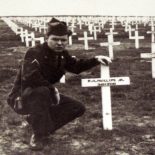