The Knoxville Journal, August 26, 1944
Pvt R.L. Rengro, husband of Mrs. Nina Tate Renfro, Lenoir City, Route 1, was killed in action in France July 26, according to a message received Thursday. He is the son of Mrs. Ada Renfro, Kingston. Private Renfro, who was in the infantry entered the service in February, 1943, and was overseas ten months. He has three brothers in service. They are John and James renfro, Army Air Corps, stationed in a northern camp and Jack Renfro with the infantry somewhere in Italy. 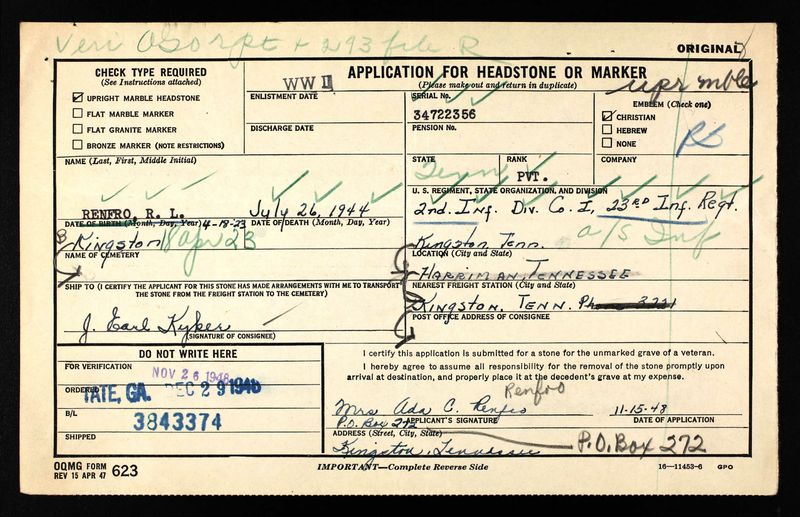 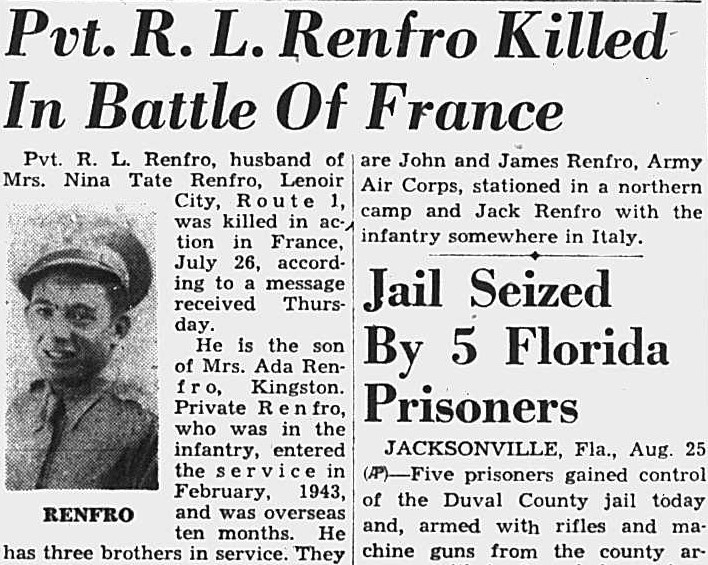