The body of TSgt Preston Eugene Presley, 30 Air Force Sgt. from Baxter who was killed in an airplane crash in Greensboro, NC, Sunday, is due to arrive here Thursday for burial, it was learned today.

Presley, husband of the former Mable Joyce Stanton and son of Mr. and Mrs. Willie Presley, all of Baxter, was enroute home from Germany on emergency leave to visit his seriously ill mother. The mother, who suffered from a stroke, is still hospitalized at Cookeville General Hospital.

The Presleys, with their 2 sons, Preston, Jr., 7, and Michael Dale, 5, had been living in Alcoa for about 3 years. Mrs. Presley and the children were visiting relatives when notified of the accident.

Presley was a graduate of Baxter Seminary and had attended Tennessee Tech. He had been in military service for about 10 years. He was sent to Germany about 3 months ago in the military stepup ordered by President Kennedy.

The plane was en route from McGuire AFB in New Jersey to its home field Elgin ALB in Florida. The airplane was about 100 feet off the ground after taking off at the Greensboro airport when it cartwheeled, fell to the ground and burst into flames. All 7 men aboard were killed. 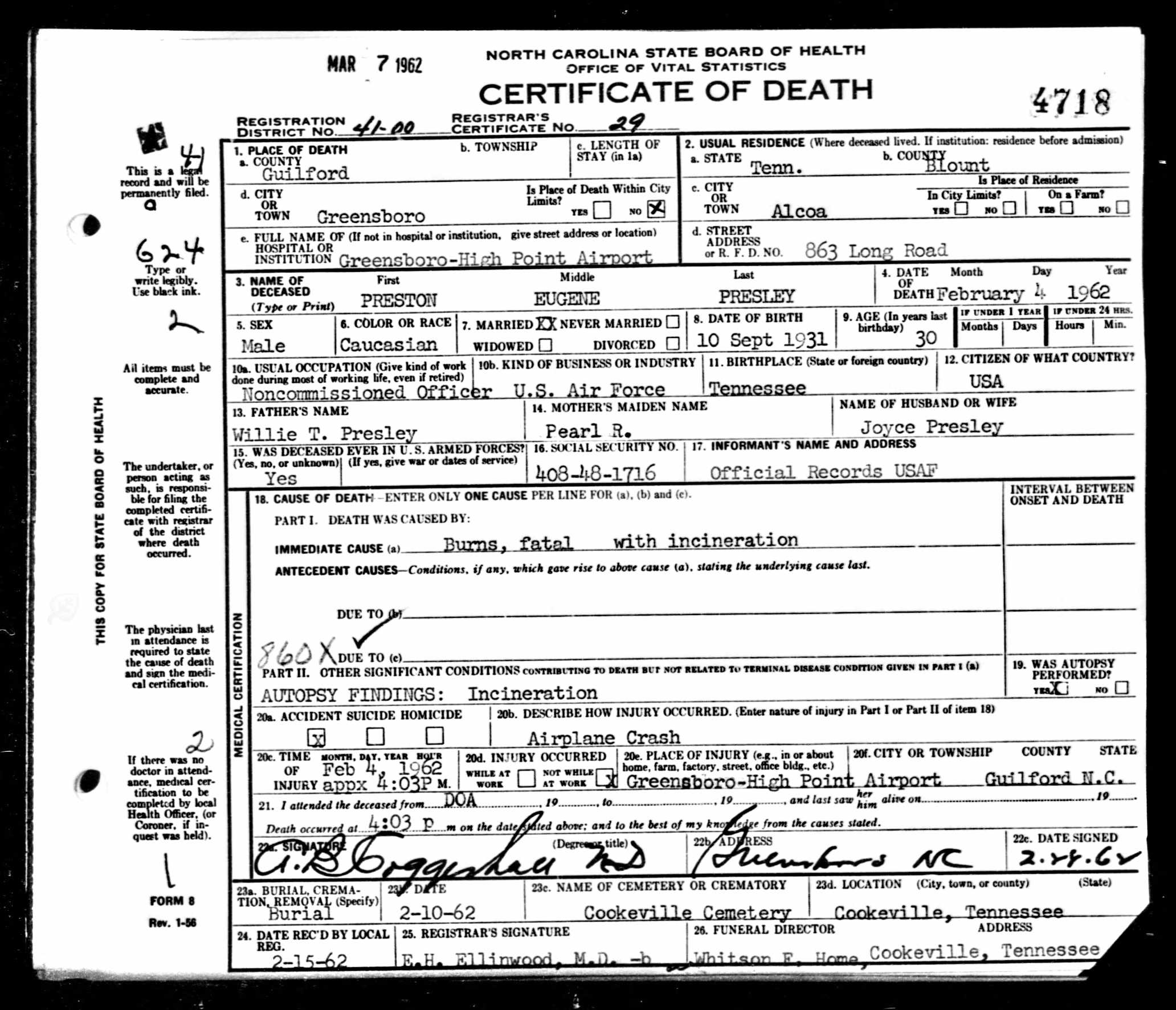 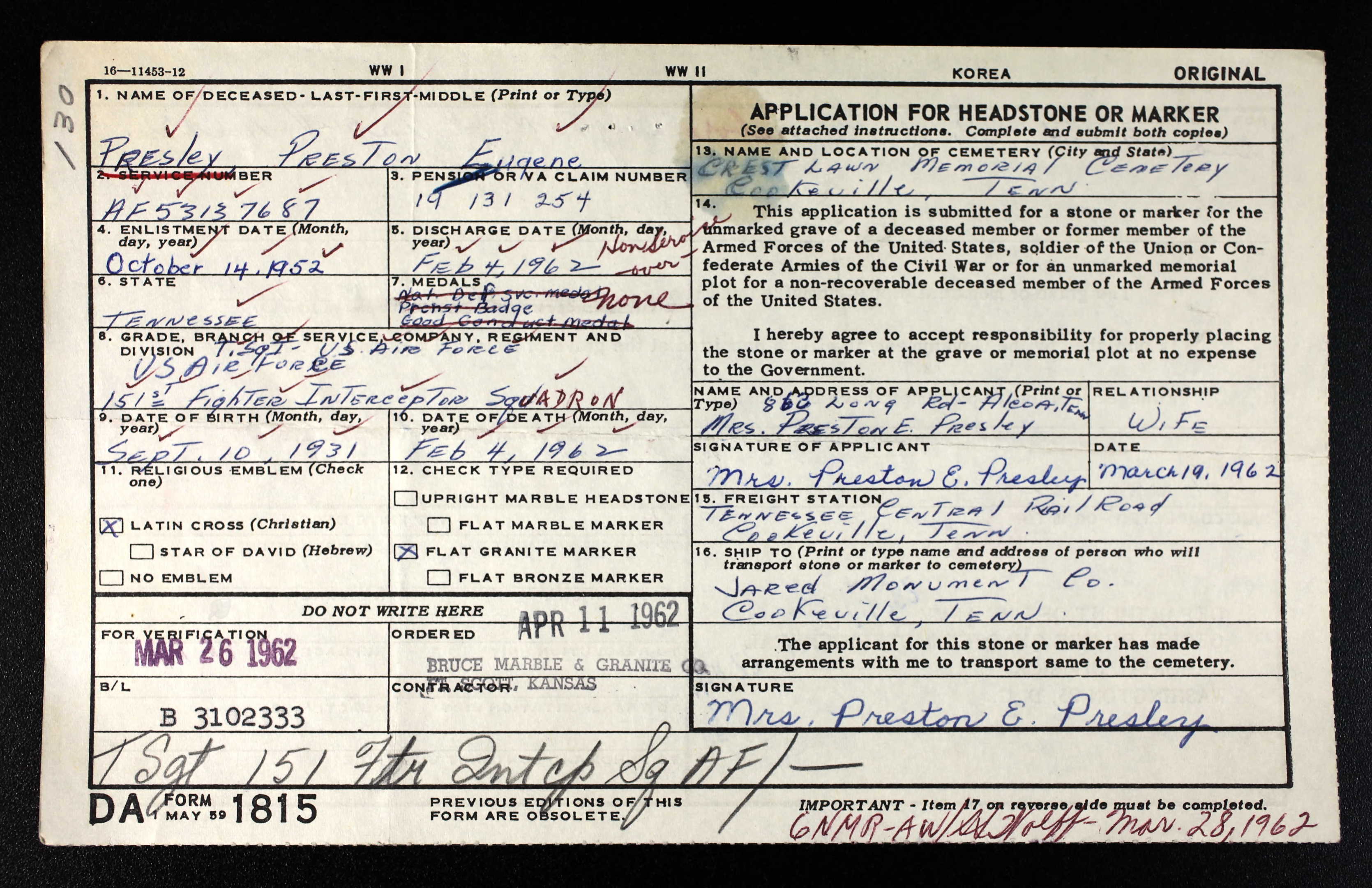