Private Phillip Lyon Beeler was killed in action in Okinawa. Prior to the war, he was a student and had joined the Marine Corp Reserve.

He was repatriated back to the United States after the war and funeral services were held on May 8, 1948, at Berry Funeral Home Chapel. Military Honors were presented by the United States Marine Corp at his burial in Woodlawn Cemetery, Knoxville.

The Knoxville Journal, April 4, 1945
Marine Private Phillip B. Beeler, 18, was killed in action on Iwo Jima March 14, his parents, Mr. and Mrs. Luther B. Beeler of 1014 State Street, were notified last night. Private Beeler enlisted in the Marine Corps last April and went overseas in November. Prior to entering service he attended Stair Technical High School. In addition to his parents, survivors are five brothers, Albert and Herbert of Knoxville, Sgt. Fred L. in India, Pfc. Alvin and Cpl. Luther in Germany 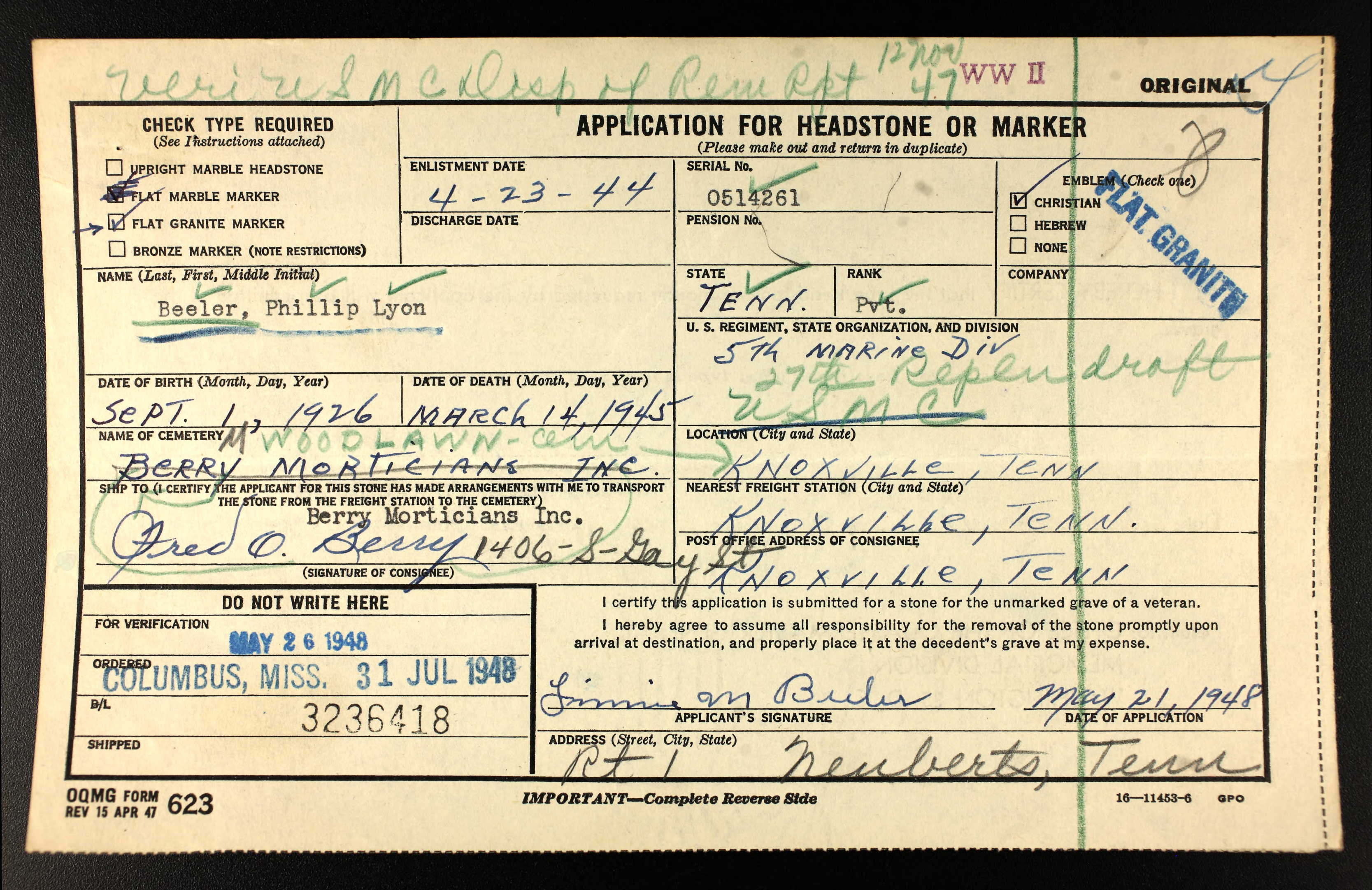 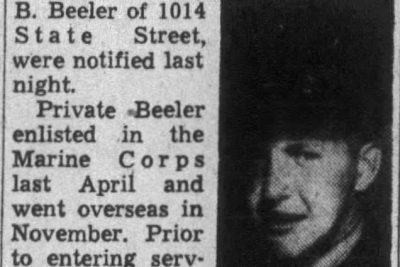