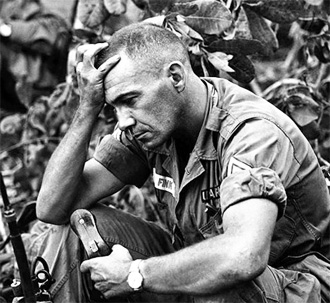 1SG Fink was E Company first sergeant when the 1/502 deployed to RVN in December 1967. We all relied on his previous combat experience. He was wounded during Tet 1968 and evacuated out of country. Instead of going stateside for recuperation and reassignment, he worked the NCO system and came back to our battalion as First Sergeant of A Company. He was killed in August 1968 in Quang Dien District by a booby-trapped 105 shell while clearing a village with his troops. His death was a personal loss to all of us, who admired him as a soldier and as a man. We still do.
–James Doogan served as his XO and CO in RVN Echo Company, 1/502 Inf

I have reason to believe that Sgt. Fink was my Father’s Sgt. Major when my father commanded a training Center battalion at Fort Lewis Washington in 1967. I have a photo of the two of them by the sign in front of their office that says
CO LTC MEANEY
SGM FINK
(see photo below)

The photo was taken by a photographer for the Fort Lewis Ranger newspaper but it was never published. People assigned to that training battalion, ranging from young draftees to officers transferred from other units had the fear of the Lord put in them when they saw the sign with :Meaney and Fink.”
The combination was considered humorous, hence the photo. However, editors had second thoughts and never ran it.
–Matt Meaney 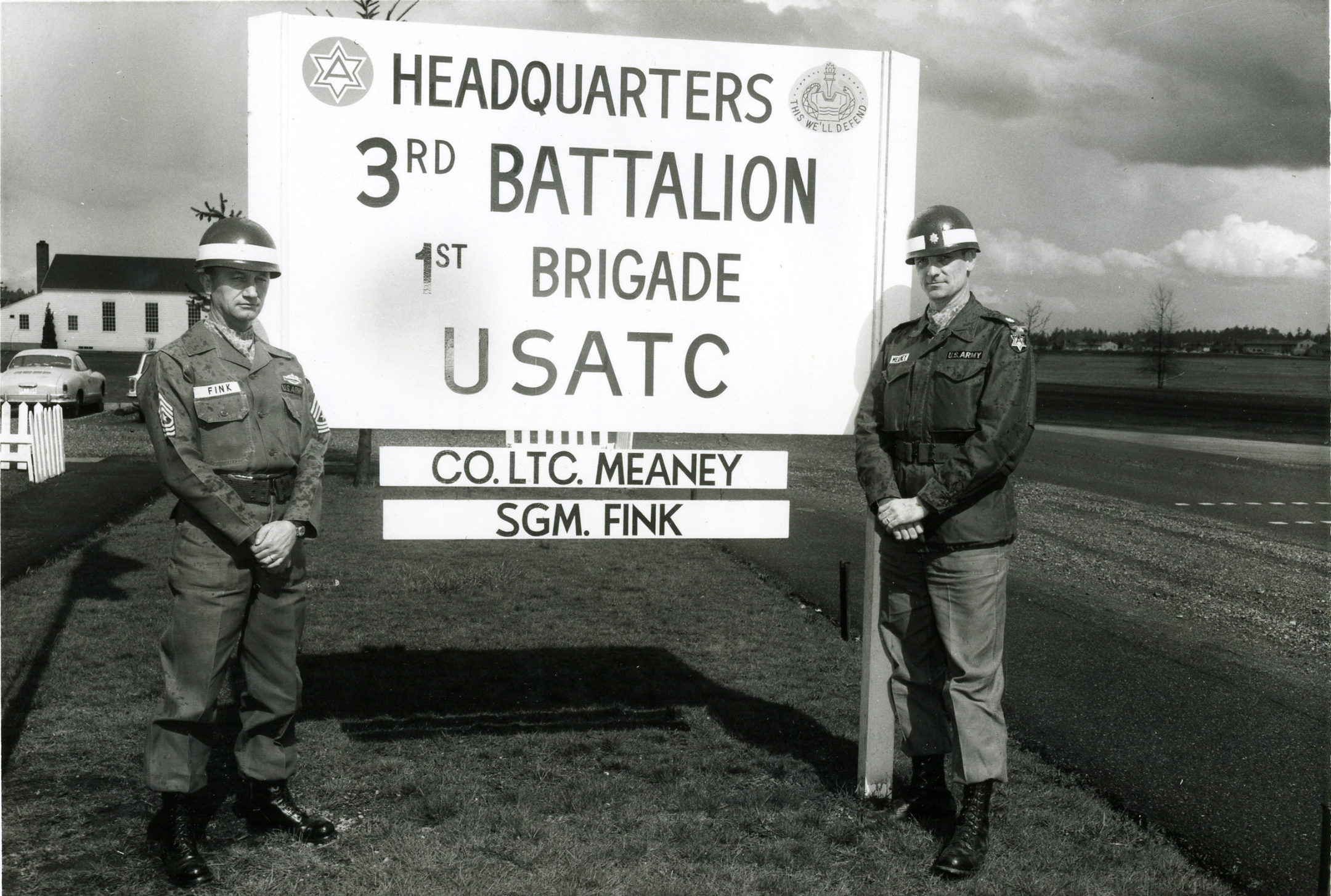