The Tennessee Alumnus 1945
Lt. Peyton Smith Jr., navigator on a bomber in the South Pacific, was killed in the Philippine Islands last Christmas and was buried by his squadron at its base. He left the “Hill” where he was a sophomore int he college of Engineering in April, 1943, to enter the Army Air Forcces. Peyton received his commission and navigator’s wings at Miami, Florida on April 22, 1944. He had been in the Pacific area for five months. Surviving are his parents, Mr. and Mrs. Peyton Smith, and two sisters, Mrs. J.P. White and Claudia Pemberton Smith, all of Fountain City. 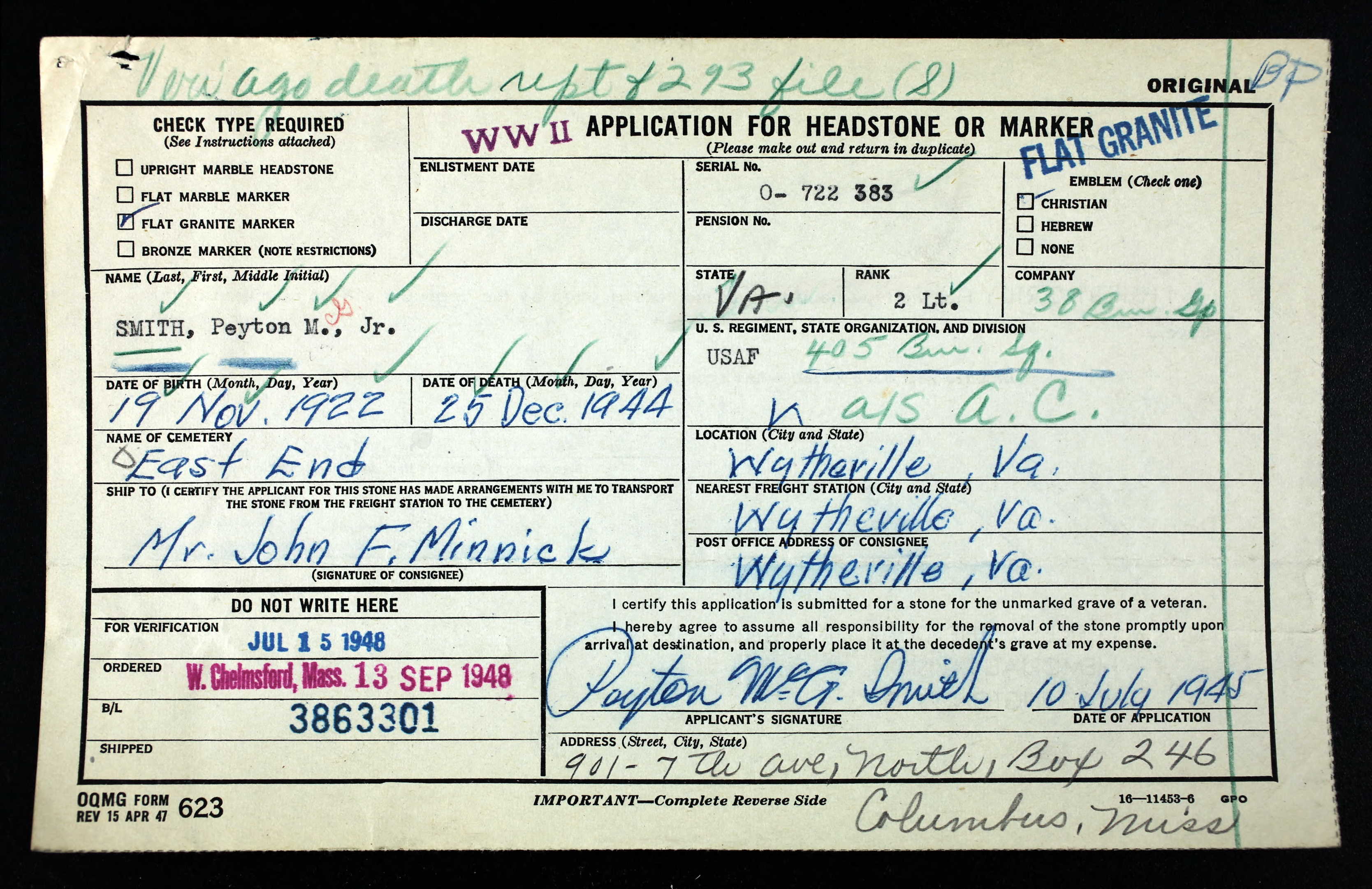 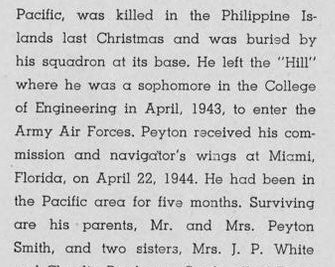