During its tour of duty in the South Pacific, Marine Night Fighter Squadron 531 operated from fields at the Russell Islands, Vella Lavella, and Bougainville. The squadron covered task forces in route to Bouganville Green, and Emirau Islands, protecting them from observation and attack by Japanese aircraft.

The Unit participated in the actions at Vella Lavell, at the Treasury Islands, at Bougainville, at Green Island, and at Emirau Island by covering the landings and protecting the troops from Japanese bombing and harasment after they were ashore. The squadron operated with various ground and surface forces during the period.

Cpl Barber was killed in operational accident at sea in the vicinity of Vella Lavella Island. Two aircraft collided in the air at 1800 feet while formation flying on return to base. The crash observed by pilot of another airplane of this squadron, only wreckage remained afloat.

Listed on the Tablets of the Missing, Manila American Cemetery, Manila, Philippines.

First marine night fighter squadron to operate in the Pacific; photo link to one of its PV-1 night fighters:
http://en.wikipedia.org/wiki/VMFA-531#mediaviewer/File:PV-1_night_fighter_VMF(N)-531_1943.jpg

The Knoxville News-Sentinel, 6 September 1942
Pvt. Petie H. Barber, who has been stationed at San Diego receiving his basic training, has been transferred to another post in Chicago. He has been in the Marines since June. Private Barber is the son of Mrs. F.O. Barber, Alsie Drive. 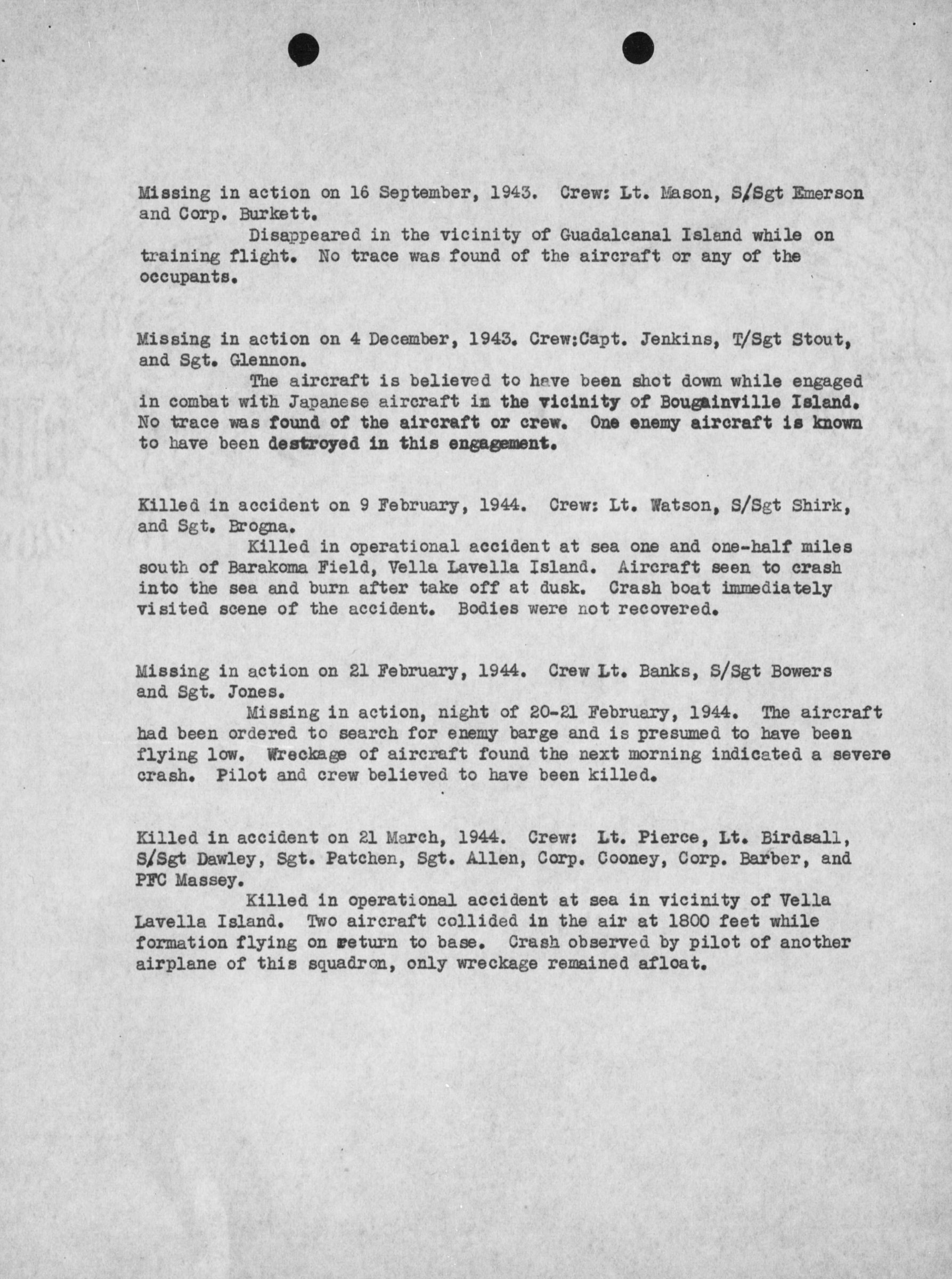 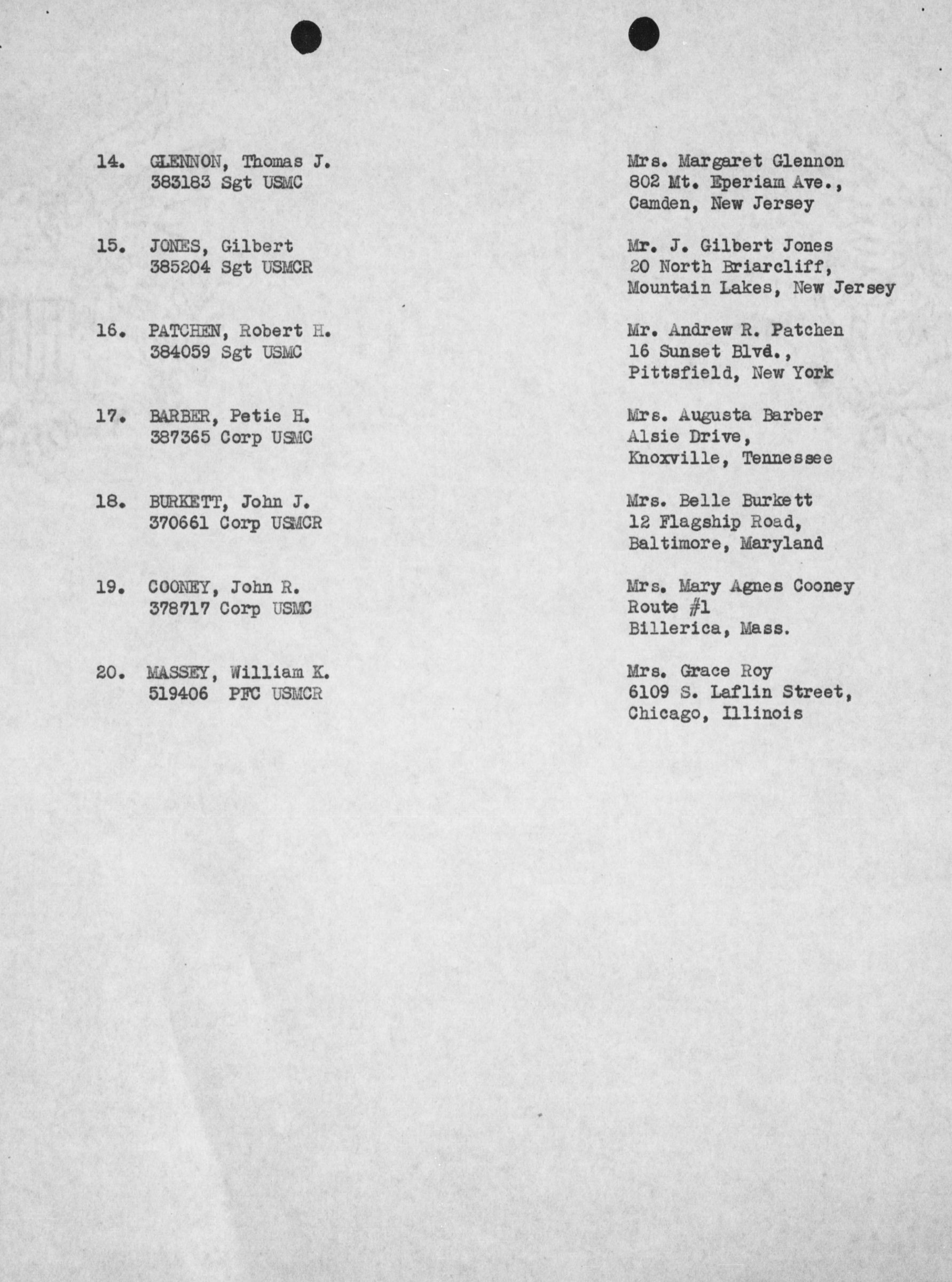 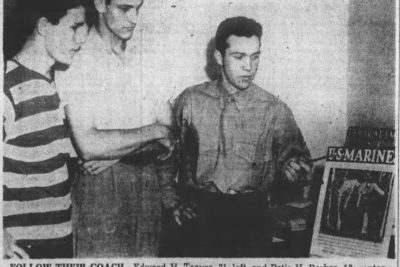 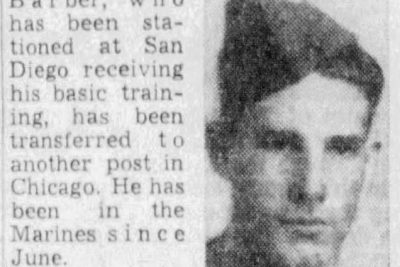 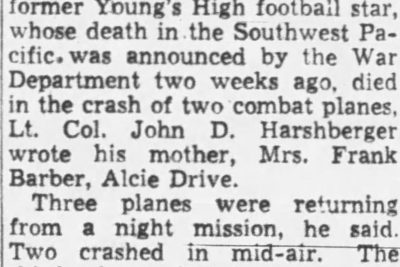