The Knoxville Journal, June 29, 1945
Funeral service for Pete Lane, 26, who was killed in a motor wreck while on duty at Camp Bowie, Texas, June 10, were held at the Glen Alice Christian Church recently. Pete had been in the service over three years, having spent several months overseas. He is survived by his parents, Mr. and Mrs. Scott Lane, seven sisters and three brothers. 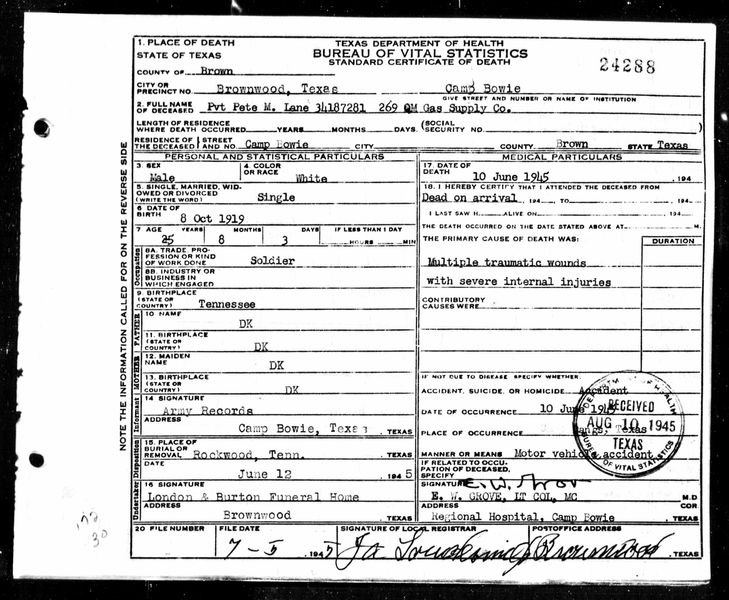 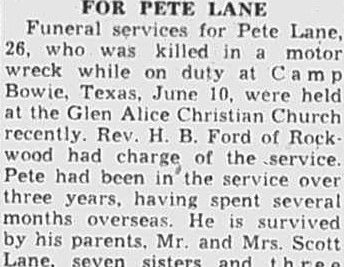