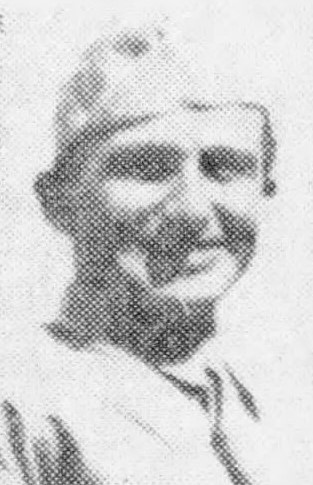 Perry Cunningham enlisted in the army at Fort Oglethorpe as a private on December 8, 1942. He had been awarded the Purple Heart for wounds received in action February 1 but had recovered and gone back into combat. He died while in service in Germany. He is buried in Woodlawn Cemetery, Knoxville, TN.

He was the son of Oscar Edward Cunningham and Margaret Jan McCammon of Knoxville. He was married to Rosalee Reed.

The Knoxville News-Sentinel, March 13, 1945
Staff Sgt. Perry E. Cunningham, husband of Mrs. Rosa Lee Reid Cunningham, 109 Lancaster Drive and son of Mr. and Mrs. O.E. Cunningham of Rutledge, was killed in action on Feb. 26 in Germany. Sgt. Cunningham had previously been wounded the first of February and had  received the Purple Heart. The family had heard from him since that time saying that he had recovered fromt he wounds. A graduate of U-T in 1941, he was employed by the Farm Security Administration. He entered the Army in Dec. 1942, and trained at Camp Phillips, Kan. He then went on maneuvers in Tennessee after which he was transferred to Camp McCain, miss. He went overseas in August and was with the Third Army. He was a member of New Salem Methodist Church. 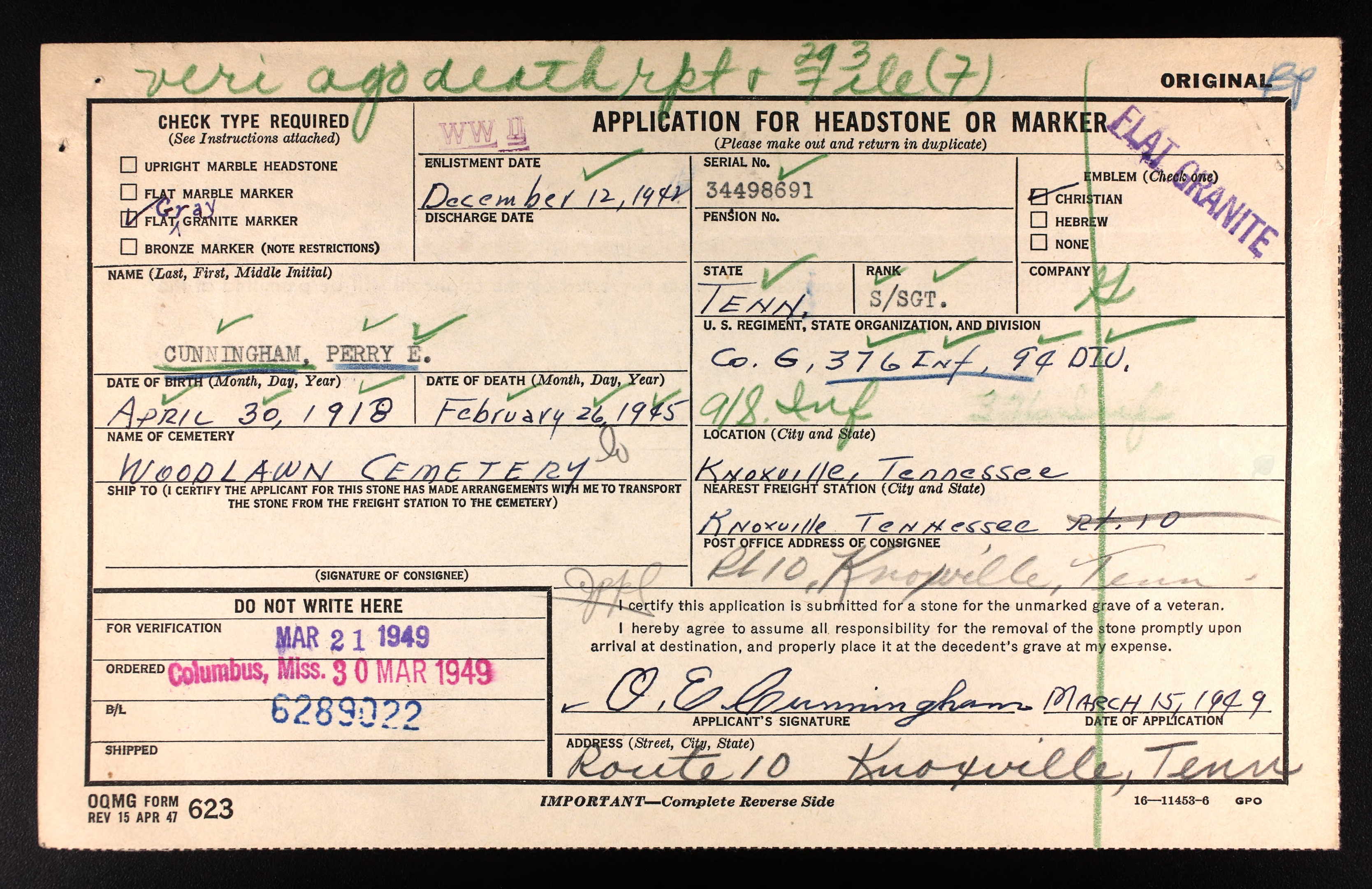 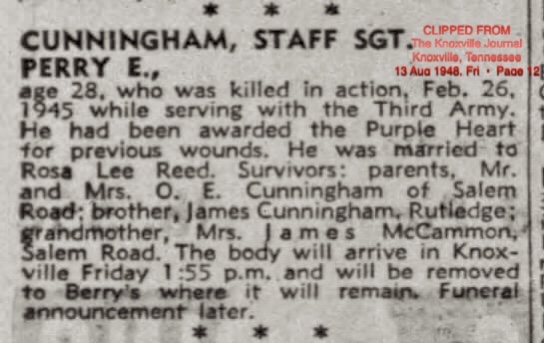 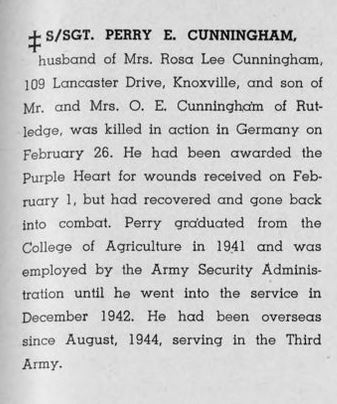 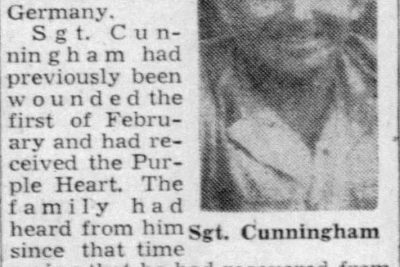