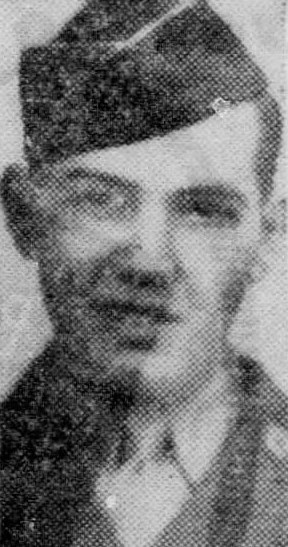 Perry David Jollay was born 7 December 1924, Tennessee to Elijah Hunter Jollay and Mattie Hunley McMurry. He entered the service in October, 1944 and completed his basic training at Wheeler Field in Georgia. He died 14 April 1945 of wounds suffered in action in Germany.

The Knoxville News-Sentinel, May 1, 1945
Pvt. Perry D. Jollay, 20, was killed in action in Germany on April 14, his mother Mrs. E.H. Jollay, 600 North Henry Street, has been notified. Pvt. Jollay, a combat infantryman, was a graduate of Morristown High School. He was employed at Morristown Knitting Mills before entering service. He was teh son of the late E.H. Jollay, of Morristown. 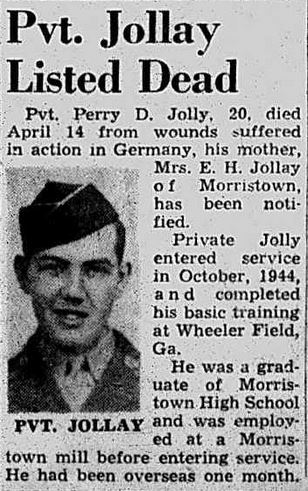 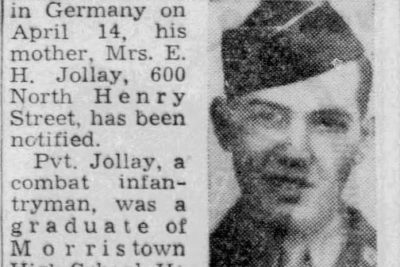