Daily Post-Athenian, September 15, 1948
The body of Paul W. Williams, son of the Rev. And Mrs. Jess R. Williams of Athens, and one of McMinn County’s war dead, arrived in Athens Tuesday night from the Atlanta, Ga., distribution center, accompanied by a military escort.
The body was removed to the home of the parents today where it will remain until the hour of the funeral which will be held September 19 at 2:30 p.m. at the North Athens Baptist Church. The military services of the U.S. Army will be conducted at the Grave by the McMinn County Post Veterans of Foreign Wars and the McMinn County Post American Legion.
Cpl. Williams enlisted February, 1942 and was overseas seven months and served in the Third Army under the command of Gen. Patton before he was killed in action in Luxemburg, Germany, Dec. 31, 1944. He was 27 at the time of his death. Before entering service he was affiliated with a local manufacturing plant. He was a member of the New Zion Baptist Church.
Surviving besides the parents, are five sisters, Mrs. Otto Blesoe, Mrs. Marshall Carter, Mrs. James Mendenhall and Misses Dorothy and Louella Williams all of Athens. 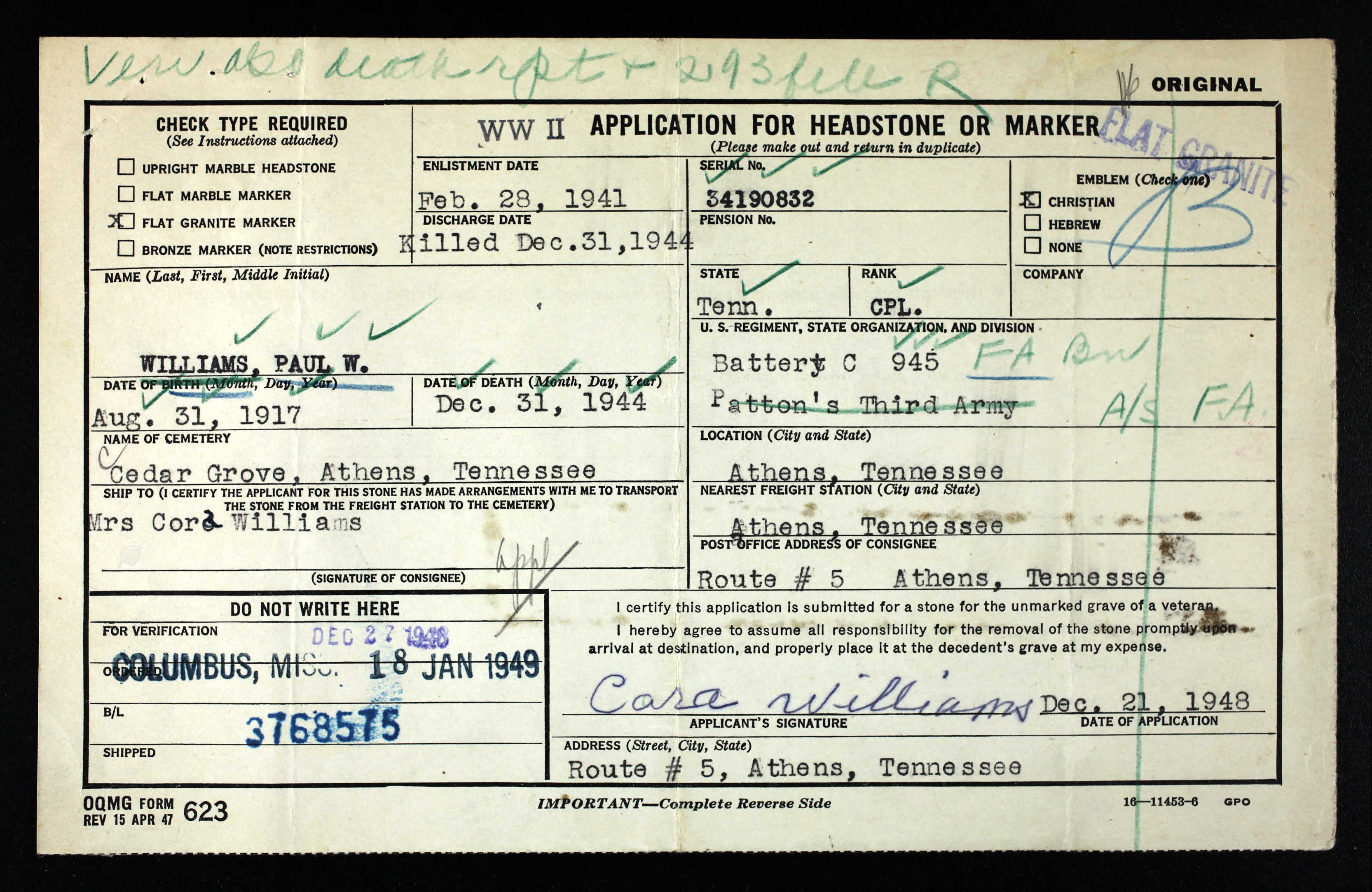 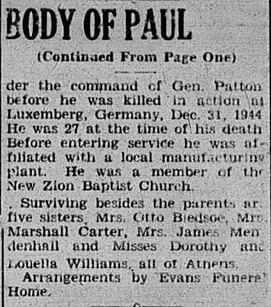