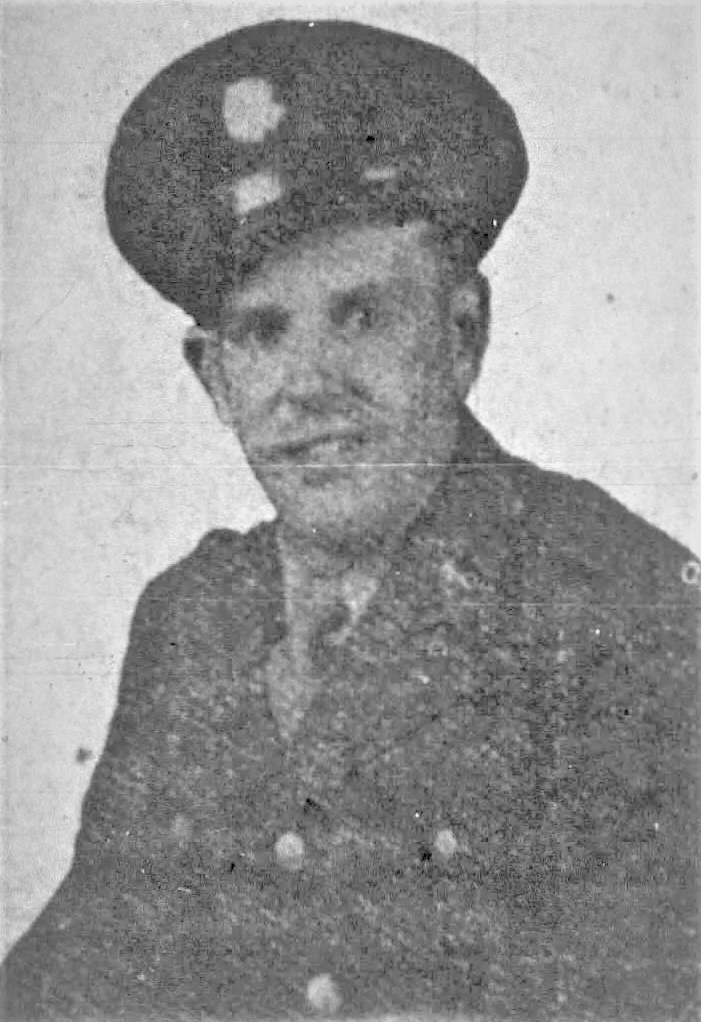 The Johnson City Press, August 1, 1948
Roan Mountain, July 31 – The body of Private Paul Barnett, 27, who was killed in action in France, October 21, 1944 will arrive in Johnson City Thursday at 9:52 a.m. Private Barnett underwent basic infantry training at Camp Shelby, Miss., and Camp Blanding, Fla., and was killed during the invasion of Europe. He entered the armed forces October 29, 1943, and was sent to overseas duty in May, 1943. Survivors are his parents and a brother. His wife resides in Hampton.

Elizabethton Star, August 8, 1945
Funeral services for Private Paul Barnett, 27, whose body arrived here Wednesday morning, will be conducted at the Tiger Creek Presbyterian Church today. Burial will be in the Happy Valley Memorial Cemetery.
Private Barnett entered service October 29, 1943 and served with Company “C” of the 313th Infantry receiving basic training at Camp Shelby, Miss., and Camp Blanding, Florida. He was sent overseas in May, 1944 and was killed in action in France on October 21, 1944. He attended Tiger Valley School.
Survivors are the parents, Mr. and Mrs. Bob Barnett of Route 2, Roan Mountain; and one brother, Robert Barnett Jr. of Hampton. 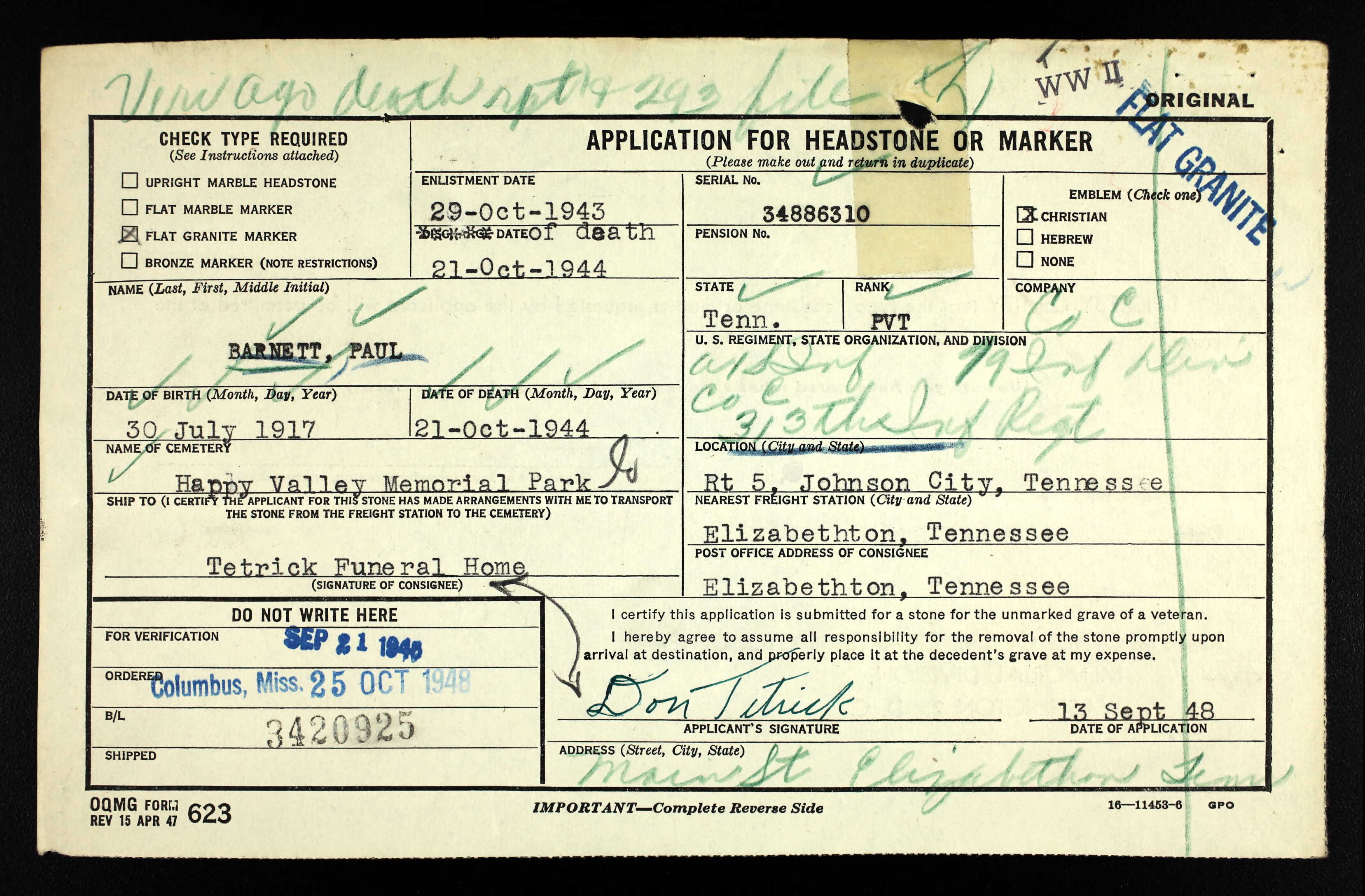 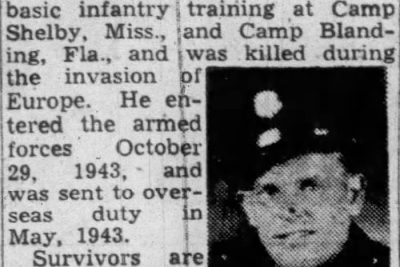 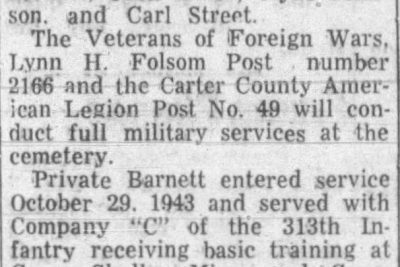 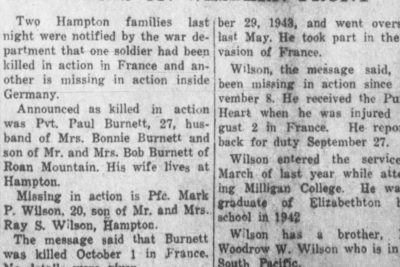