The Knoxville News-Sentinel, October 15, 1944
Paul Ray Burnette, seaman first class, died of wounds received in action Sept. 13, according to notification received by his parents, Mr. and Mrs. Joseph Henry Burnette, Route 8.
Seaman Burnette, 17, had been in the service a year. Memorial services will be held at Marbledale Baptist Church. Surviving, besides his parents, are two brothers, Clyde Burnette, with the U.S. Army, and Charles Burnette, with the U.S. Marines; and a sister, Shirley Anne. 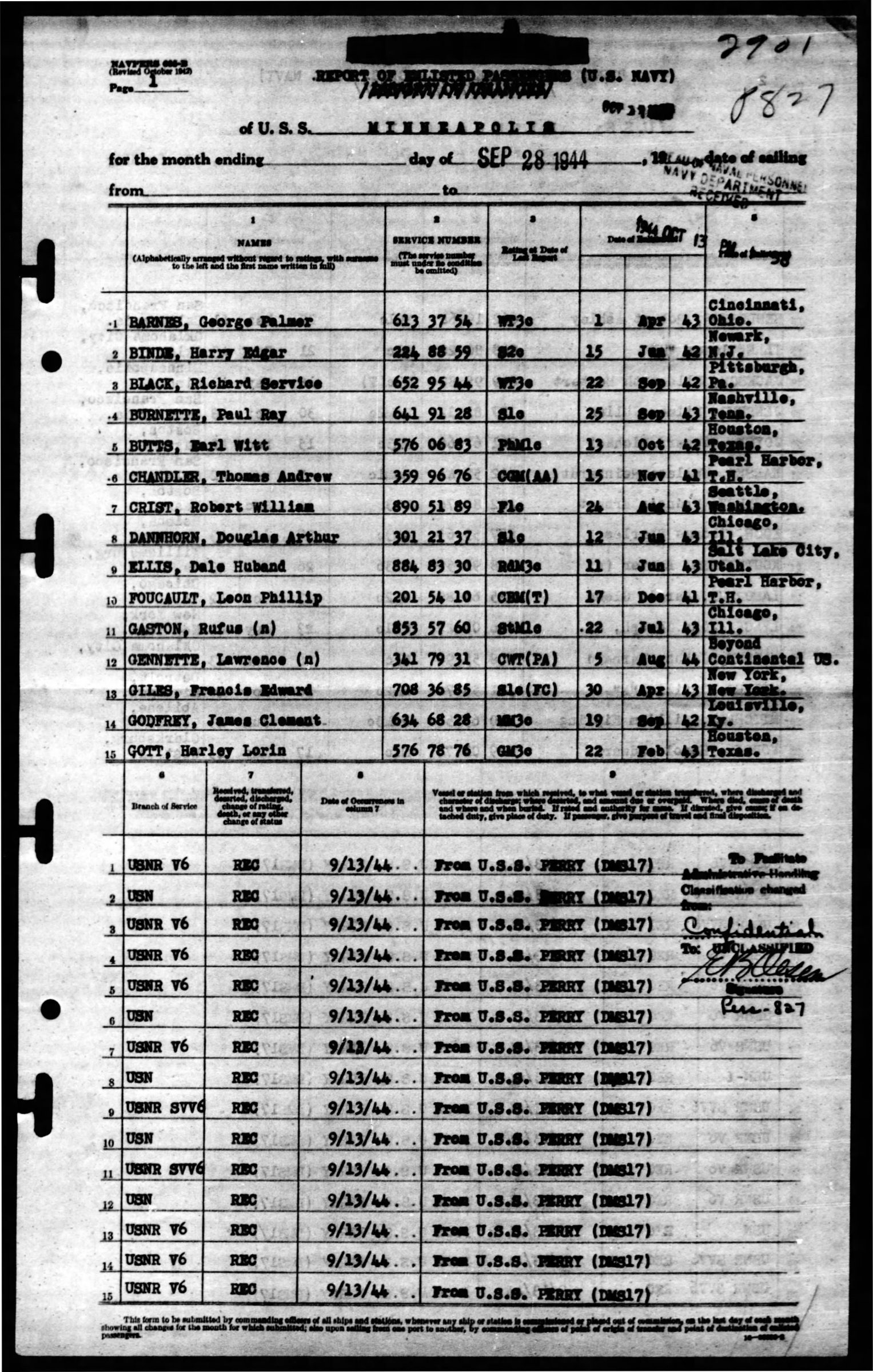 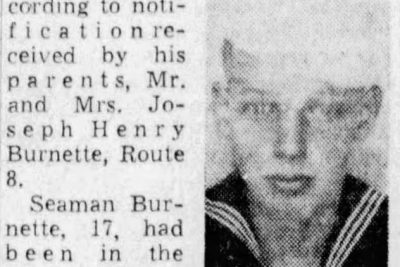 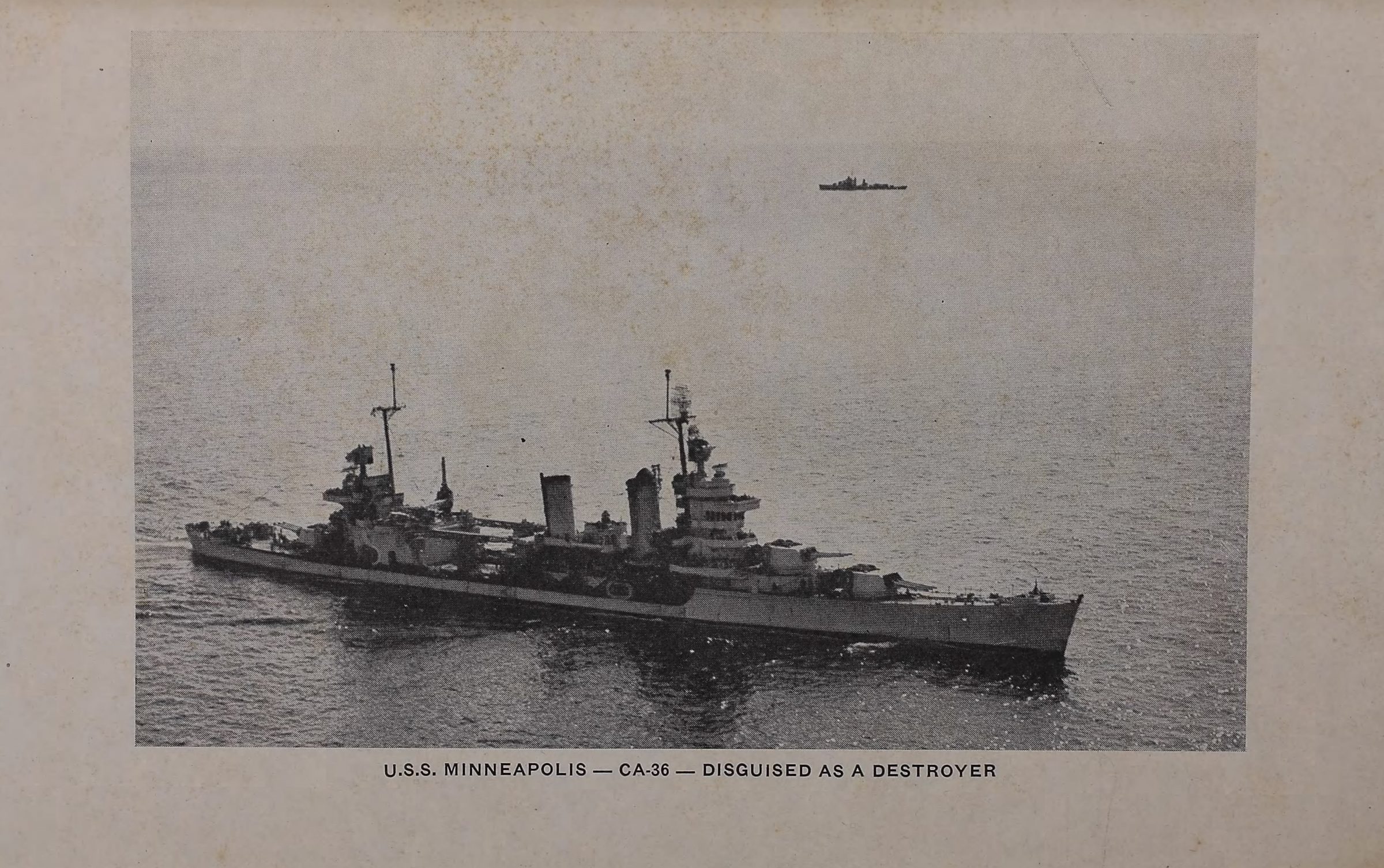