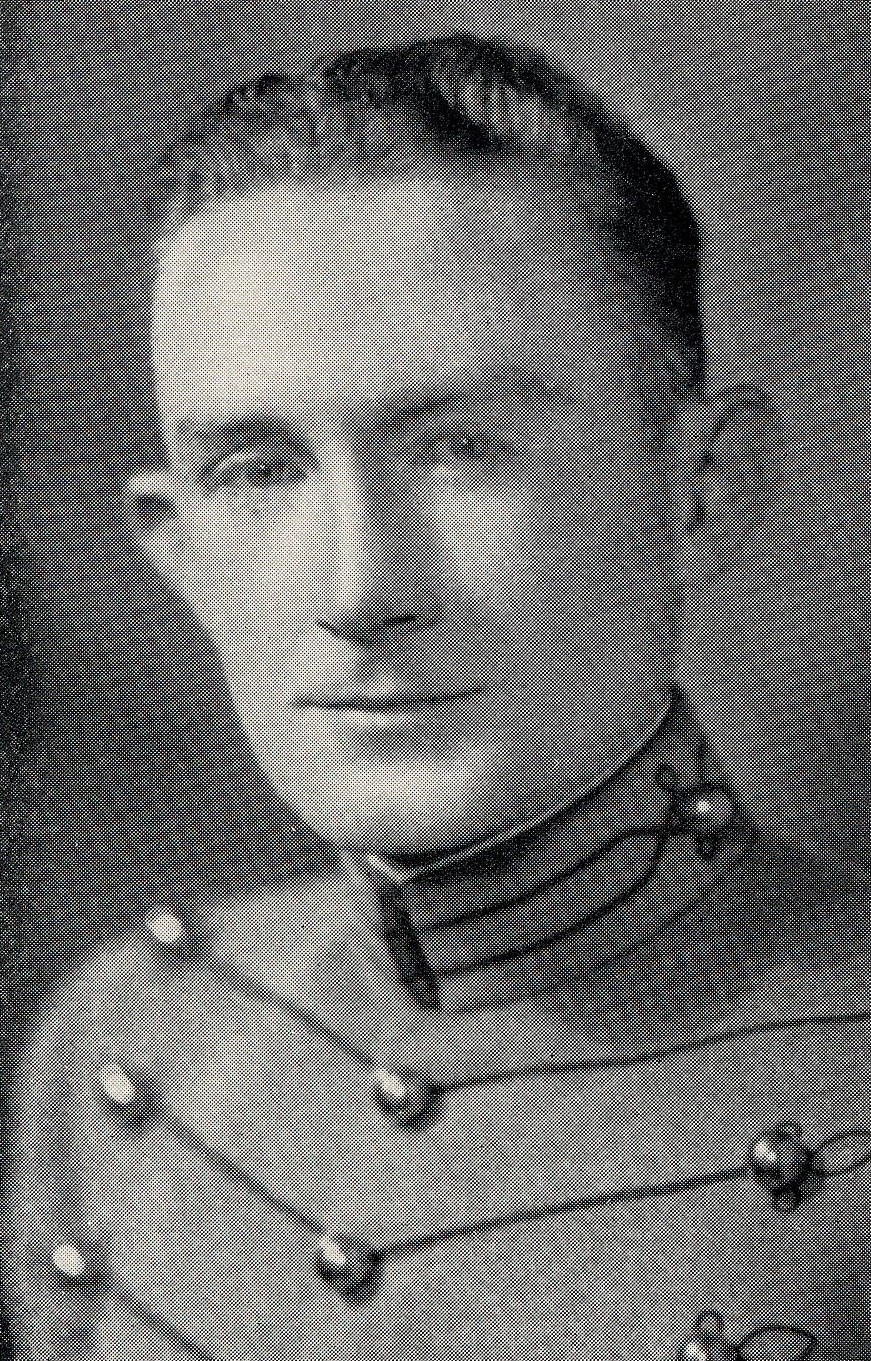 Major Paul M. Jones was assigned to the 26th Cavalry Regiment, Philippine Scouts. The 26th found itself engaged against the Japanese shortly after the initial bombing of Manila and withdrew to the Bataan Peninsula per war plan Orange. The surrender of the men found them pushed onto the Bataan Death March and captivity as POW’s. The Japanese shipped POW’s to Japan for slave labor in its war industry. One of these hellships was the Arisan Maru. On the 24th of October 1944, 225 miles east of Hong Kong with 1800 POW’s cramped aboard, and no outward marking to indicate it carried POW’s, the Arisan Maru was struck by a torpedo from the USS Shark and sunk with only nine survivors from the POW’s. It was from these survivors that it is known that after the torpedo struck that Major Jones acted to calm the men during the sinking.

Major Jones was killed in action on the 24th of October 1944. He is remembered on the Tablets of the Missing, Manila American Cemetery, Manila, Philippines.

The Chattanooga Daily Times, 8 July 1945
Heroic words of Maj. Pau M. Jones, brother of Mrs. R.L. Payne of Chattanooga and native of Cleveland, Tenn., who died when a Jap prison ship was sunk by American submarine action in the China Sea in October, 1944, gave courage to suffering American prisoners as they faced death, M/Sgt Robert Graef, one of five survivors, wrote in the recent magazine article, “We Prayed to Die.”
Desperately ill for three-fourths of the journey from Manila en route to Japan, the Cleveland hero, according to the article appearing in the April issue of Cosmopolitan Magazine, mounted the steps of the vessel and said: “Boys, we’re in a jam, but we’ve been in jams before. Just remember one thing: We’re American soldiers. Let’s play it that way to the very end of the script.”
One of the 1,805 American prisoners of the Japanese aboard the dirty, overcrowded tramp steamer, Maj. Jones’ words instilled courage into the suffering Americans, many of them half-starved, ill and diseased from the intense heat, lack of food and water and proper ventilation, the sergeant wrote.
In a telegram to A.B. Jones, well-known Cleveland, Tenn., drugist and brother of the red-haired major mentioned in the magazine story, Harry T. Brundidge, associated editor of Cosmopolitan, said he had made a personal investigation on behalf of Maj. Jones’ wife and knew that he major described in the magazine story was the Cleveland hero.
The editor added that “Sgt. Graef of Sacramento, Calif., told me of your brother’s heroism during the ship’s last moments, and, I regret to tell you, last saw the major diving into the water.”
According to the account written by Sgt. Graef, who with four others finally made their way to the China coast, 200 miles way, the men suffered so acutely that many of them prayed for the American navy to find and sink their ship. When the submarine actually appeared, he stated, many of the men prayed that the shots would not miss, while others sreamed, “Come on, navy.”
Son of Mr. and Mrs. P.A. Jones of Bradley County, Maj. Jones was officially listed as one of the American aboard the ship, according to information relayed by the War Department and released by the International Red Cross.
A West Point graduate of 1935, Maj. Jones was the first Cleveland man to be captured by the Japs at the fall of Bataan, although it is possible that his capture did not occur until the fall of Corregidor. He was held a prisoner for approximately three years, and at the time of the sinking was being transferred to a Japanese prison camp on the mainland. He was graduated from Bradley County High School and Marion (Ala.) Institure with honors. After completing his work at the United States Military Academy, he was assigned to duty at Fort Oglethorpe with the Sixth Cavalry, later serving with cavalry units at Fort Riley, Kan., and Fort Clark, Tex. He left the United States in August, 1940, for duty in the Philippines with the 26th Cavalry. Maj. Jones is survived by his wife, Mrs. Paul M. Jones of Brookline, Mass.; his parents, one brother of Cleveland; one sister, Mrs. R.L. Payne of Chattanooga, and an aunt, Miss Bertie Leonard of Cleveland, Tenn. A memorial service was held for the hero at the Cumberland Presbyterian Church in Cleveland on July 1. 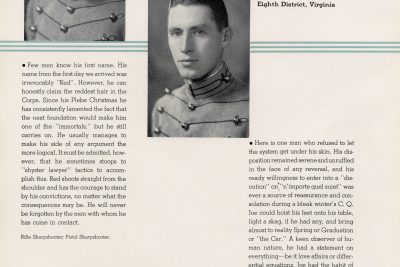 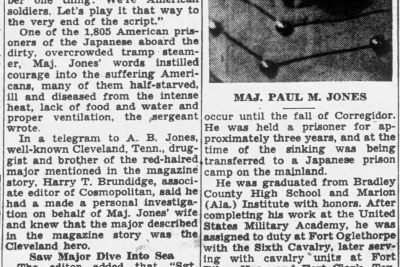