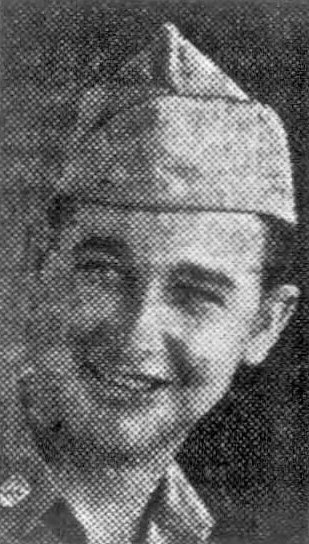 Corporal Wright was a member of Company H, 2nd Battalion, 9th Infantry Regiment, 2nd Infantry Division. He was taken Prisoner of War while fighting the enemy in North Korea on November 26, 1950. He was presumed dead on December 31, 1953. His remains were not recovered. His name is inscribed on the Courts of the Missing at the Honolulu Memorial.

The Knoxville Journal, January 9, 1954
Cpl. Paul L. Wright, brother of Mrs. Dorothy Todd, Harriman. He was 24, a former student at South Harriman High School and entered teh Army in 1948 and sent to Korea in July of 1950. He was first officially lised missing the following Nov. 26, His sister said she last heard from him Nov. 19, 1950. 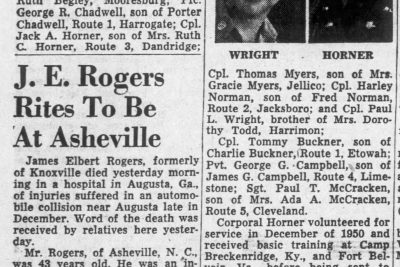