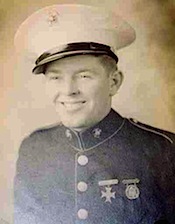 The Kingsport Times, 24 September 1944:
Paul K. Duncan, Killed on Saipan, Gets Purple Heart
The Purple Heart has been awarded posthumously to PFC Paul Kermit (Tom) Duncan, 24, USMC.
PFC Duncan, son of John Duncan of Fall Branch, was killed on Saipan on June 17. He had been in the service since August, 1943, and had been overseas since December 21, 1943. Until his landing on Saipan he had been in Hawaii.
Private Duncan, whose wife is Mrs. Hazel Duncan, 363 Virgil Street, worked at the Tennessee Eastman Corporation prior to his induction in the Marine Corps. He received his boot training at Camp Elliott in San Diego, Calfiornia.
His brother, Clifford, is also in the service.

The Kingsport News 11 May 1949:
Funeral service for Pvt Paul Kermit Duncan, 24, will be held in Arlington National Cemetery, Arlington, Va.
He entered service in 1943 with the U.S. Marine Corps at Parris Island, S.C. and later received additional training in Honolulu. Pvt Duncan was making a landing with invasion forces when he was killed by machinegun fire.
He attended Sullivan High School and was employed by Tennessee Eastman Corporation. 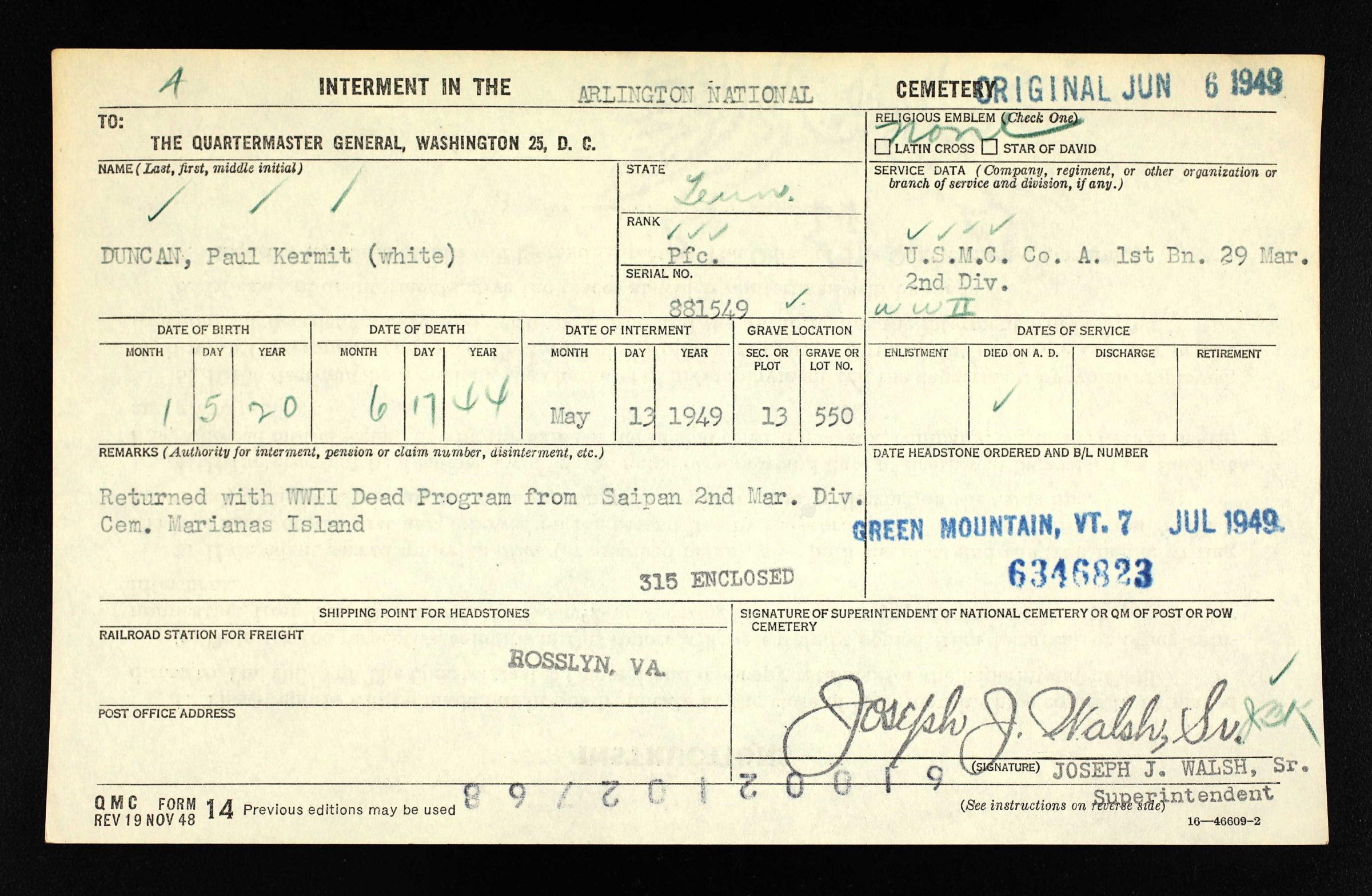