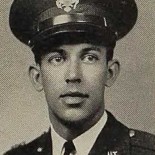 Capt. Paul F. Harkleroad was born in Sullivan County, TN, on Nov. 29, 1913. His parents were Samuel K. and Ella S. Shipley Harkleroad. In 1943 he married Mabel B. Dressel before he was ordered to WWII. Mabel moved to Washington DC where she lived when she was notified of Paul’s death during the invasion of Normandy on June 6, 1944, due to a mortar shell exploding as he stepped onto the beach. The same shell also killed his commander, Lt. Col. Lionel F. Smith, and fellow staff officer, Capt. Allen H. Cox, Jr. A monument stands on the bluffs overlooking Omaha Beach and lists the names of all men who gave their lives along with their units, all attached to the 5th Engineering Special Brigade. The 5th was tasked to clear the beach of German built obstacles designed to slow an invasion.
–Submitted by Wendell Harkleroad, second cousin

Paul Harkleroad married my aunt Mabel Bernice Drissel. She always used her middle name of Bernice or Bea. (Note: this is the correct spelling of her last name). She is still living as of 6 June 2014. She remarried several years after Paul’s death and was widowed again.
–Submitted by Dorothy (Drissel) Beauregard, his niece by marriage 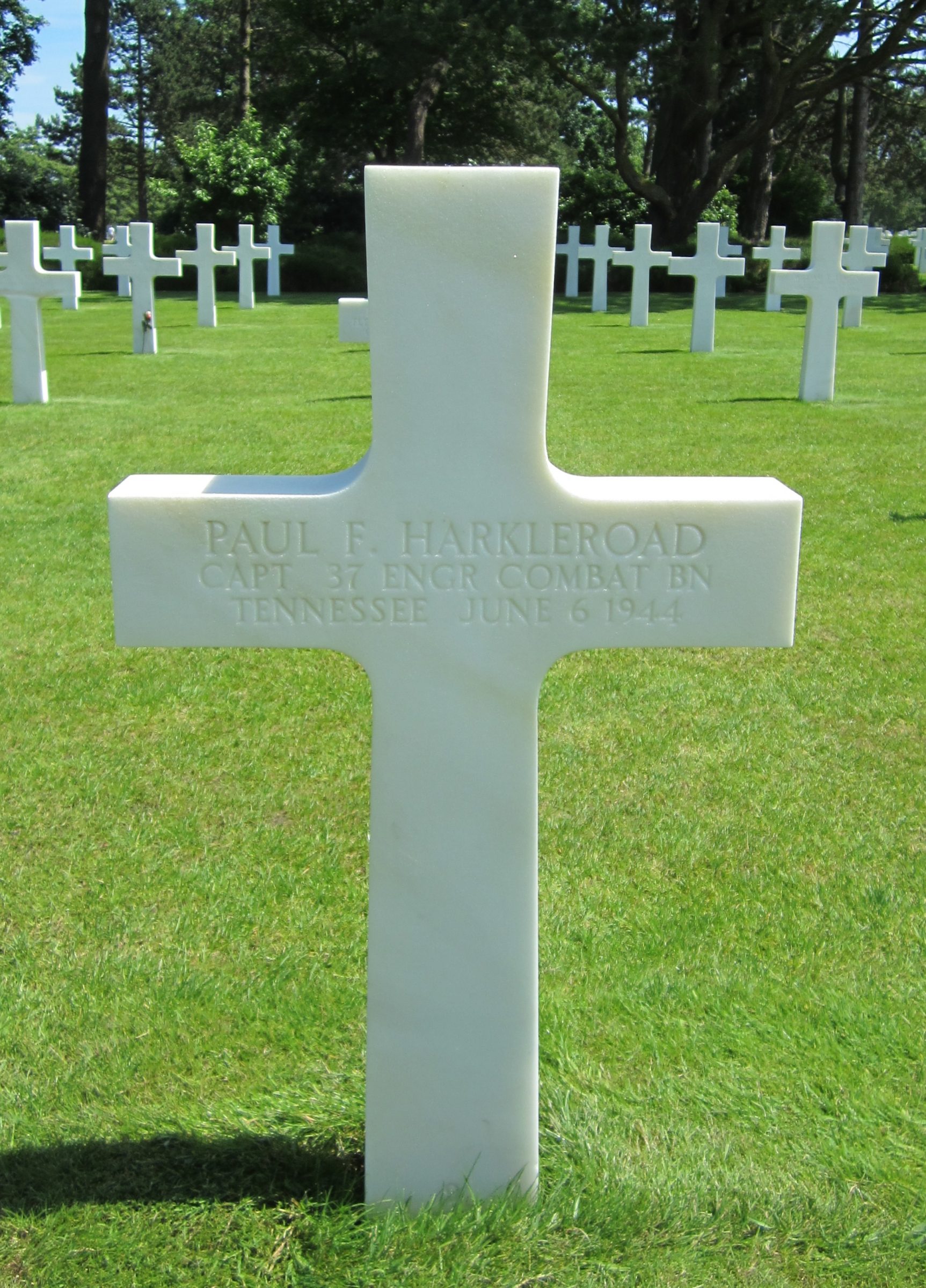 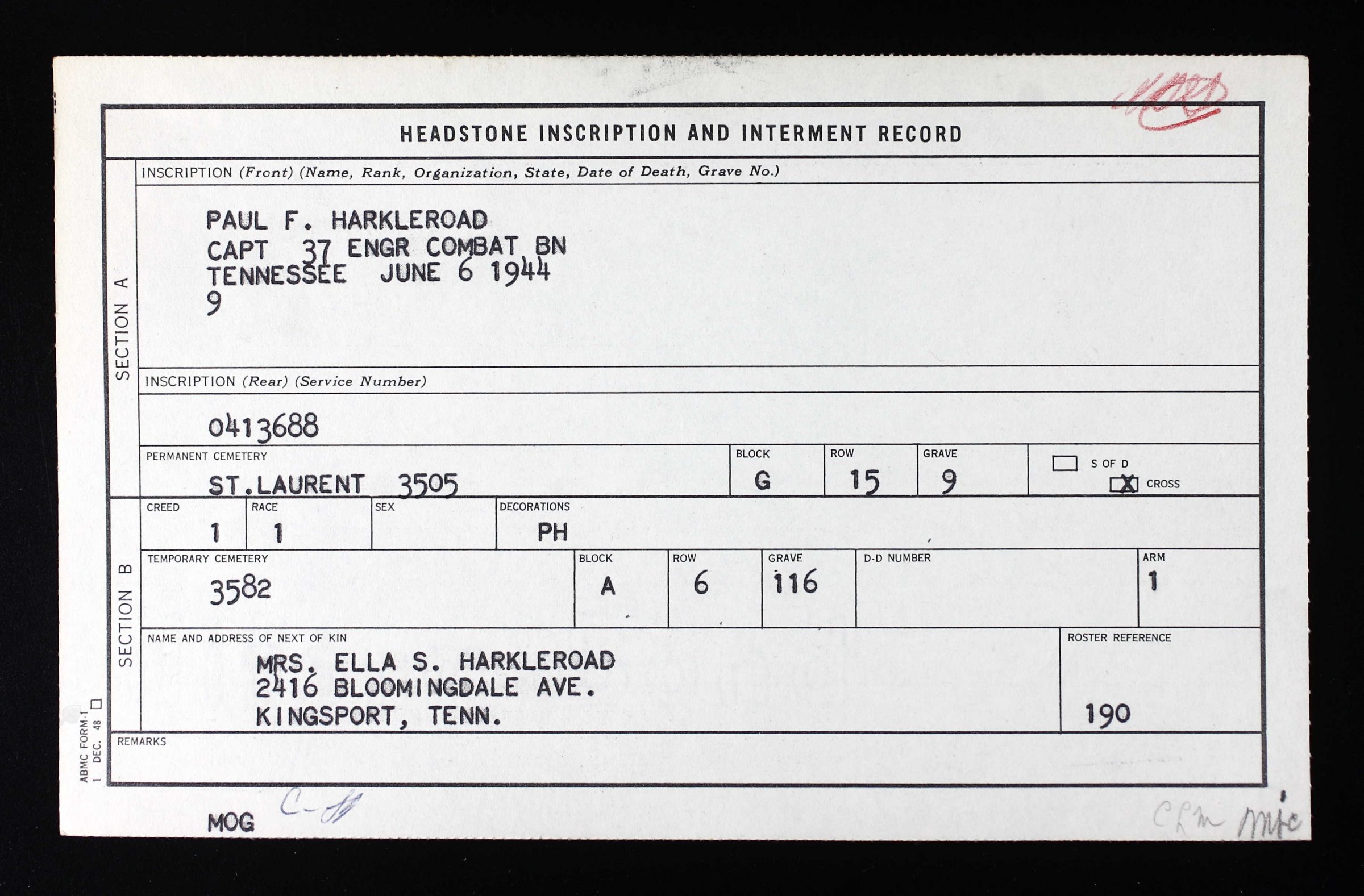 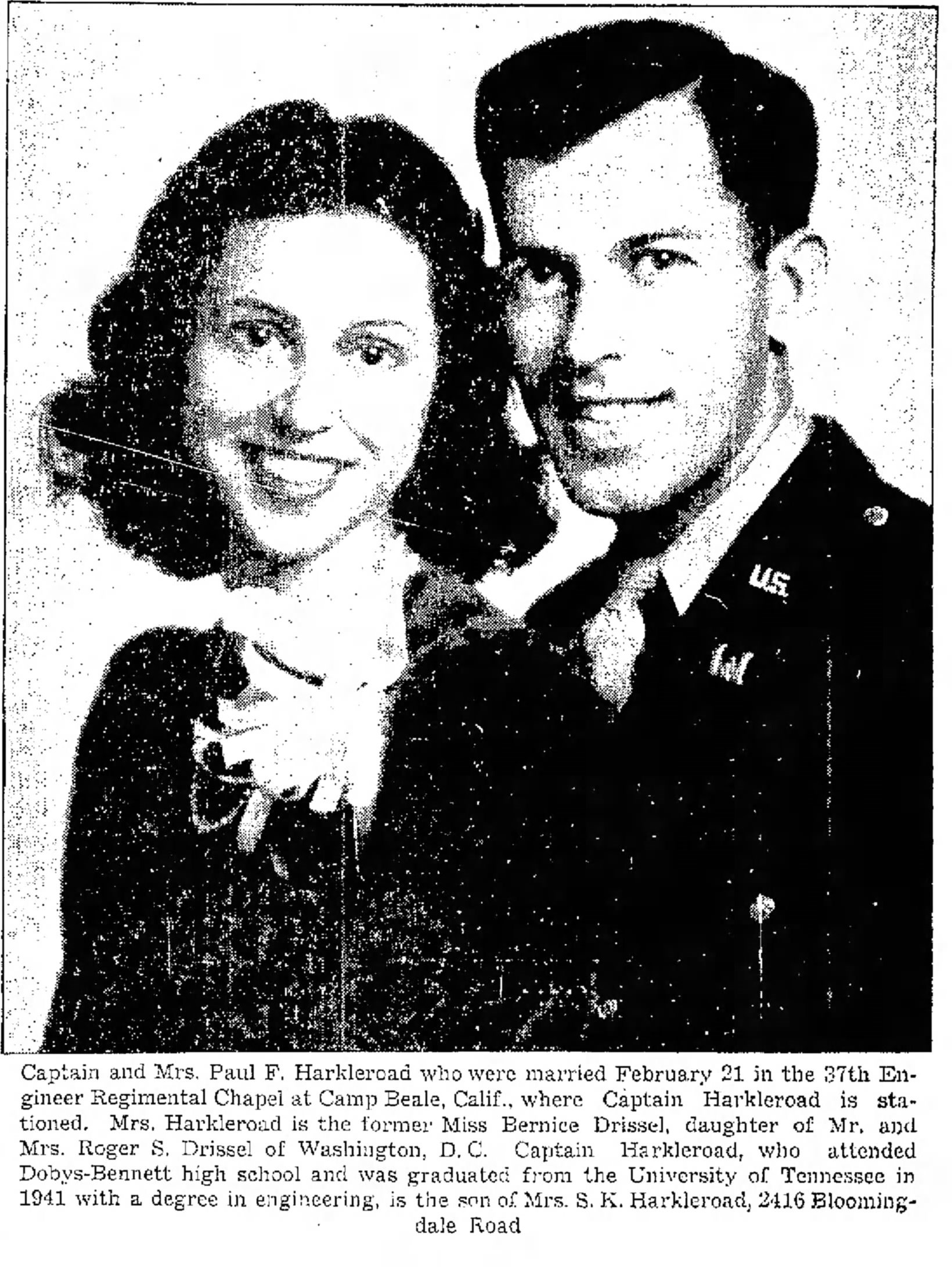 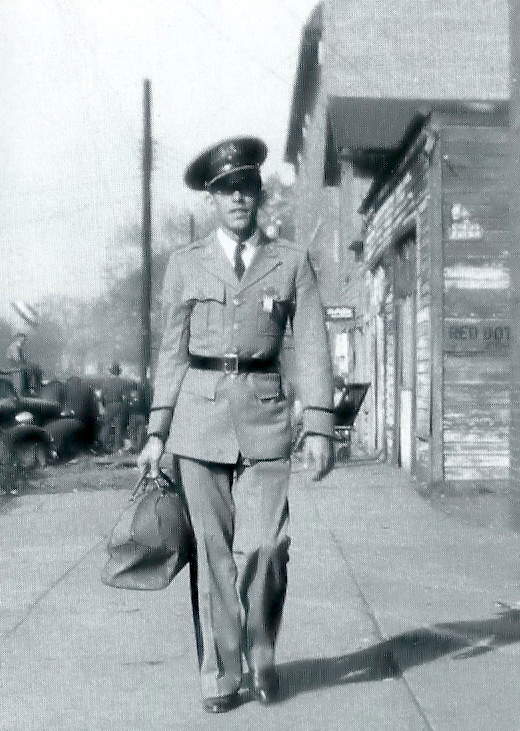 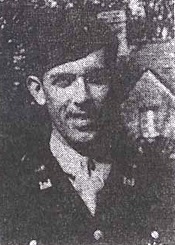