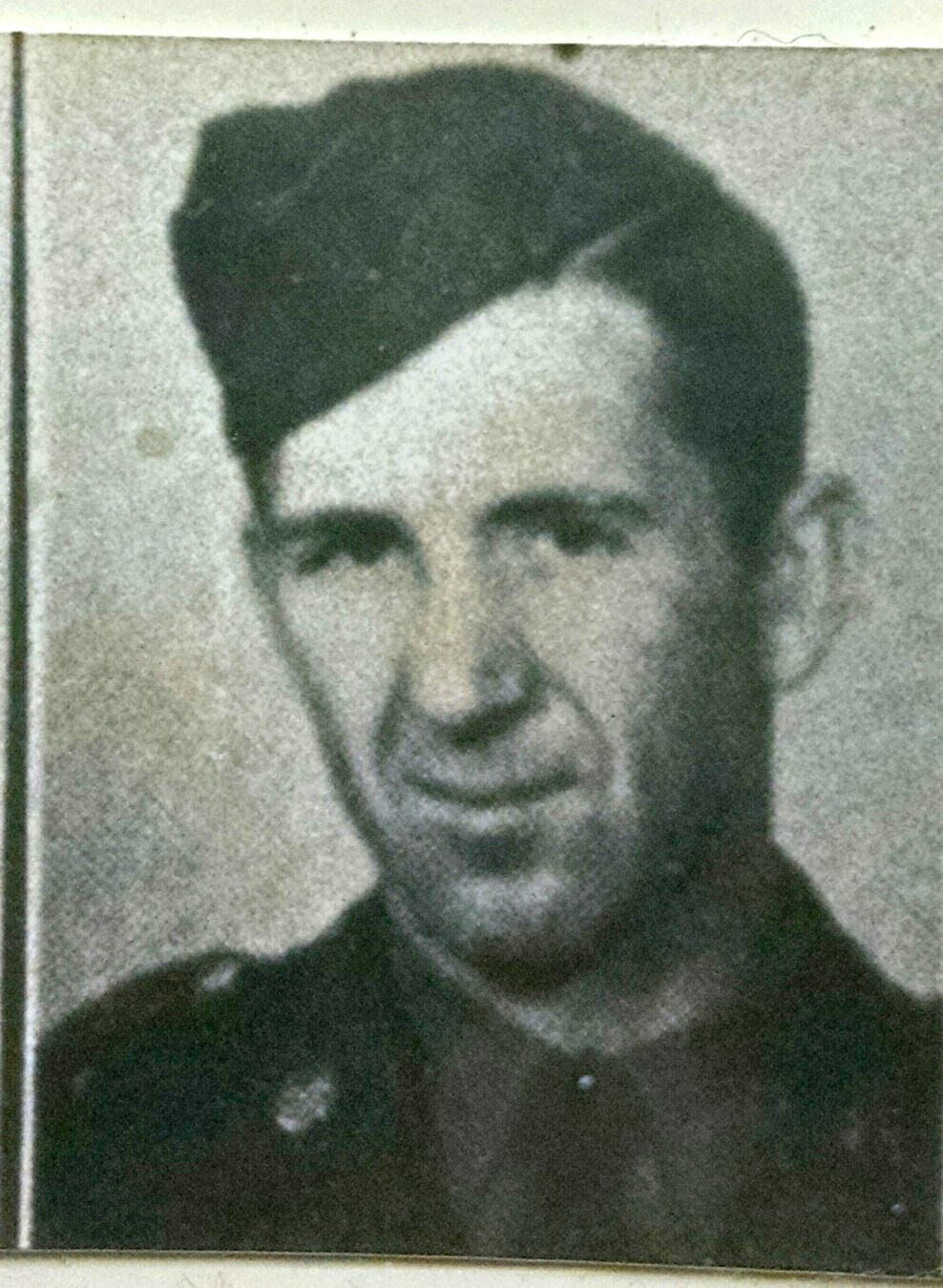 Paul was the third child of William Harmon Davis I and Anna Theresia Strömgren. Though born in Dallas, Texas, by 1916 his family had moved to Maryville, Tennessee where his youngest brother, John was born. At some point in his early life the family lived in Harlan County, Kentucky, where his father was working as a carpenter in the coal mines. The 1920 Census shows him living in Blount County, Tennessee with his mother and siblings Ruth Katherine Davis, John Alfred Davis, and William Harmon Davis, II. In about 1934, Paul was working with his father and brothers in a furniture repair business. In 1941 he and his brother John were mobilized from the National Guard into active WWII service. They had sworn to remain together and protect each other. However they had no choice in the matter. John was sent to Puerto Rico, however Paul was sent to Normandy.

He married Billie Jo Springer in Jan 1943 in Oklahoma City, OK. He and Billie had no children. 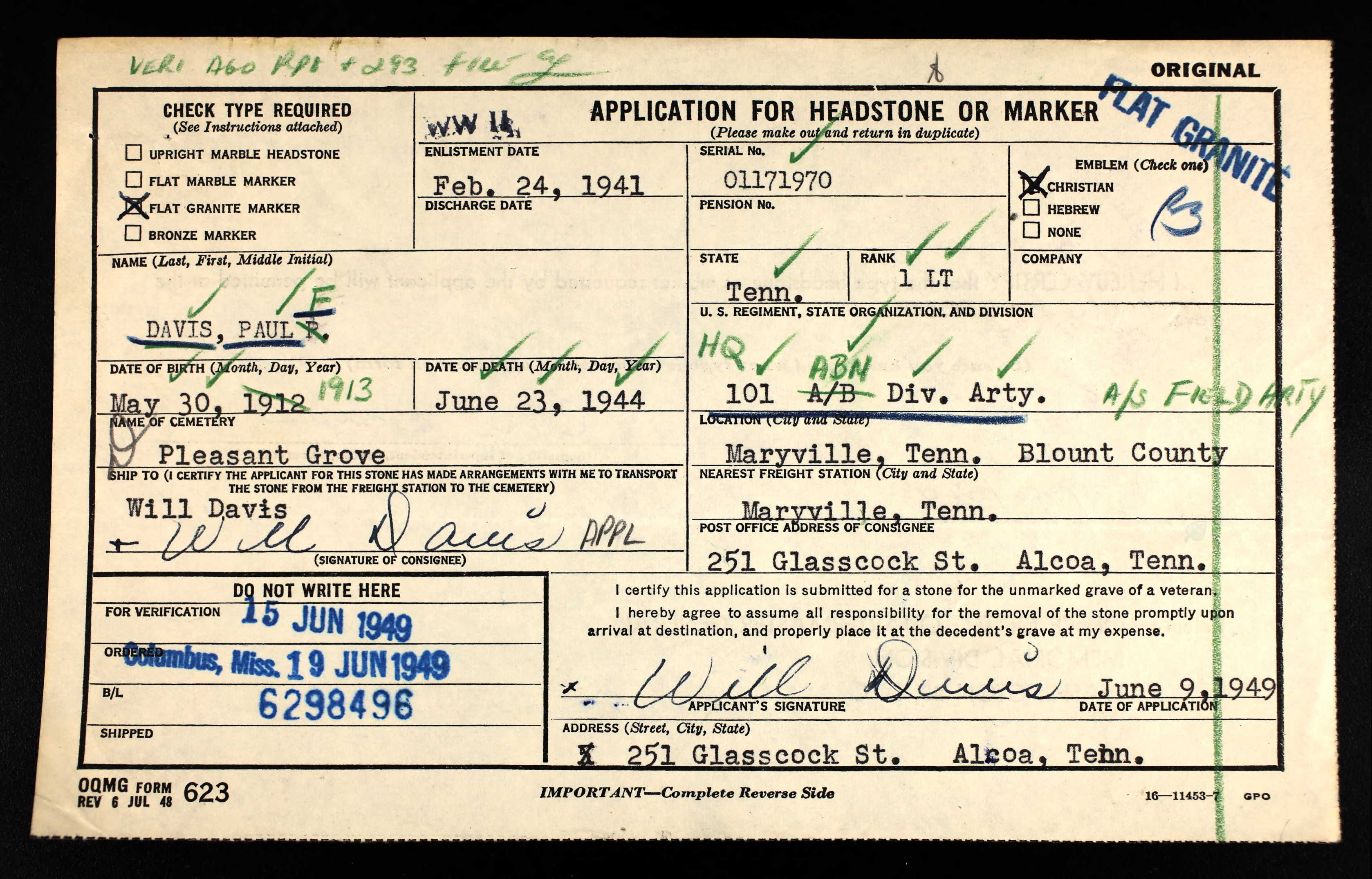