Paul Emert Little enlisted in the United States Army on 3 August 1948 from Johnson City, Washington County, Tennessee and indicated his date of birth as 24 March 1931. Date of birth on his gravemarker request by his mother is as indicated on the marker 29 October 1934. Day of death should read 31 by the request.

Paul was assigned to Company C, 65th Engineer Combat Battalion, 25th Infantry Division. He was captured by the Chinese on 27 November 1950 at the Battle of the Chongchon River, Hill 222, near Ipsok, North Korea. Paul was sent to PoW Camp #5 in Pyoktong, North Korea were he died at age 16. He was awarded the Prisoner of War, National Defense, Korean Service, United Nations Service, & Republic of Korea War Service Medals.

Paul is the son of Paul Emert Little, Senior and Doris Aileen Blevins. 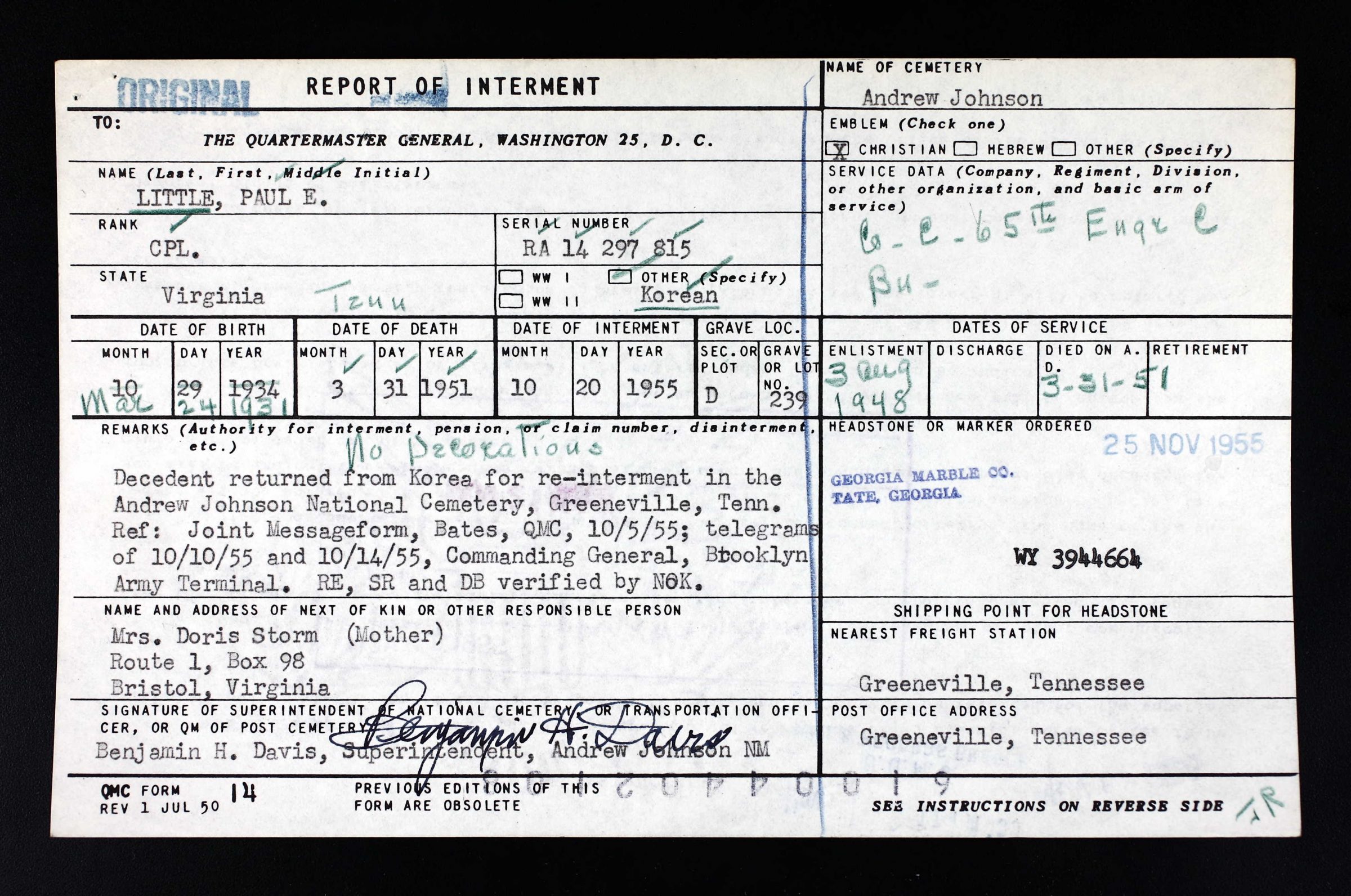