2nd Lieutenant Paul E. Atkins was assigned to the 413th Bomber Squadron H, 96th Bomb Group, flying a B-17 out of Snetterton Heath, England. He was declared a Finding of Death on 9 October 1943 and is listed on the Tablets of the Missing, Cambridge American Cemetery, Cambridge, England. He is listed in Army records as being from Knox County.

Aircraft B-17F with serial number 42-30781 was on an operational mission to Gdynia, Poland. 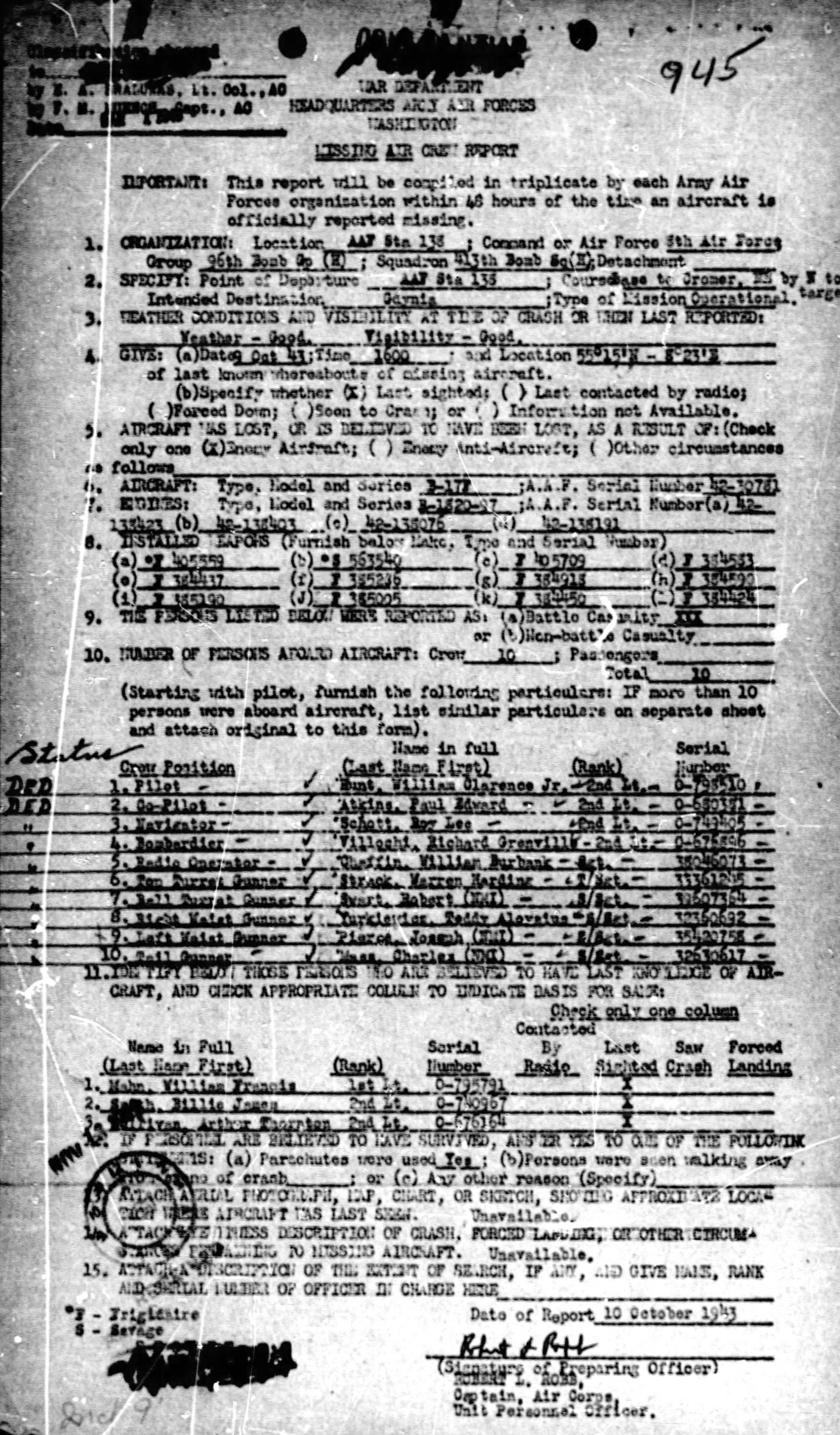