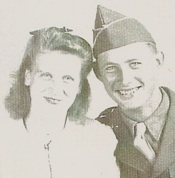 Private Paul Brashears was killed in action in Fraulautern, Germany and was first buried in a cemetery in Limey, France, eighteen miles northwest of Nancy, France.

Pvt. Paul Brashears married my mother, Ethel Mae Walden, 10 May 1943 in Campbell Co., TN. He is the father of my half sister Azalee. I had always heard that he was killed in France and as far as I knew he was buried there also.

Recently my wife and I through research and finding a distant relative of Paul’s found that he was buried in Oliver Springs Cemetery in Oliver Springs, TN. I have written to several different personnel record divisions which have for the most part convinced me that his records were destroyed in a fire probably in the seventies.

What I have been able to gather is posted on this site, along with the picture of Paul and his wife, Ethel Walden Brashears.
–Submitted by Sherman Orick (Paul Brashears was my mother’s first husband) 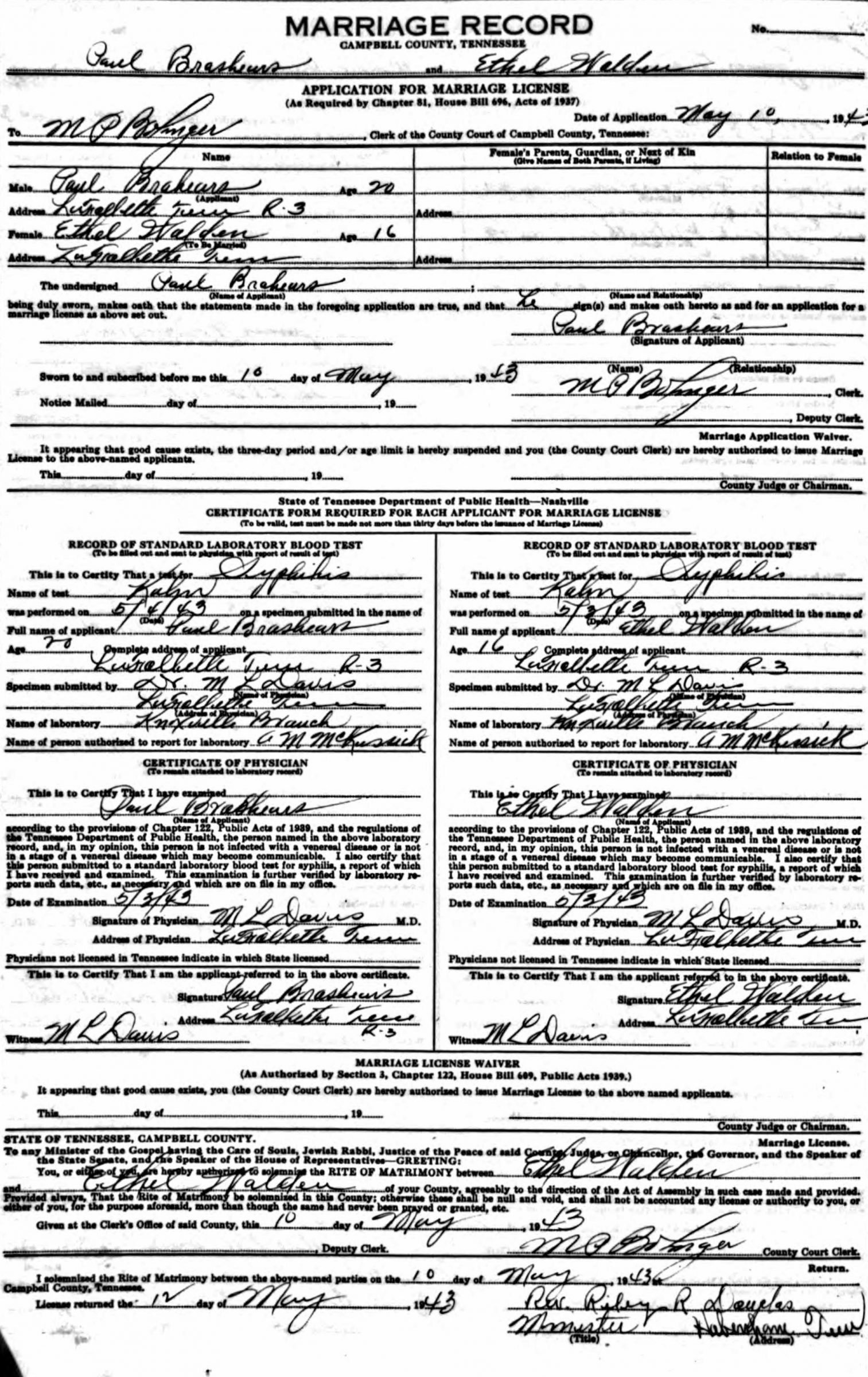 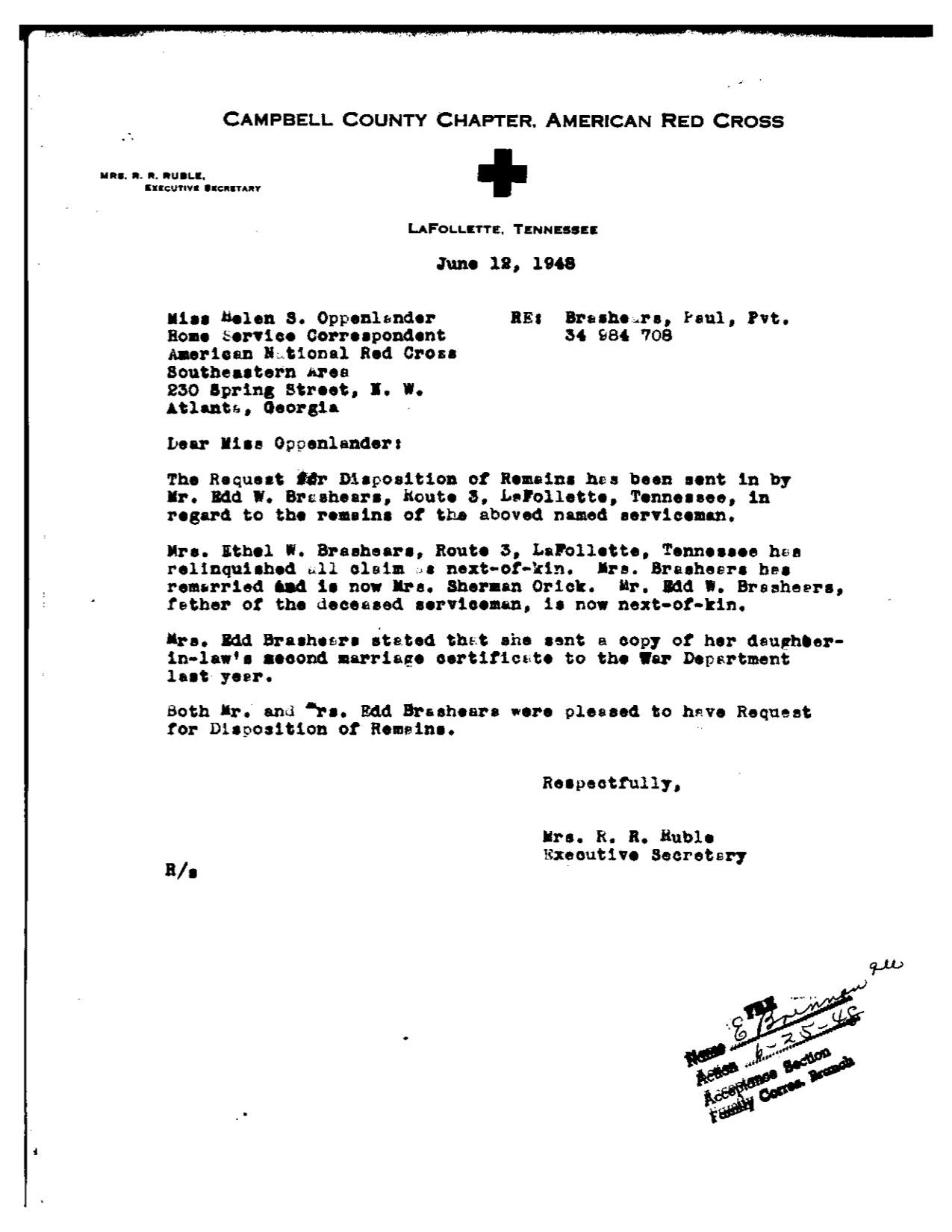 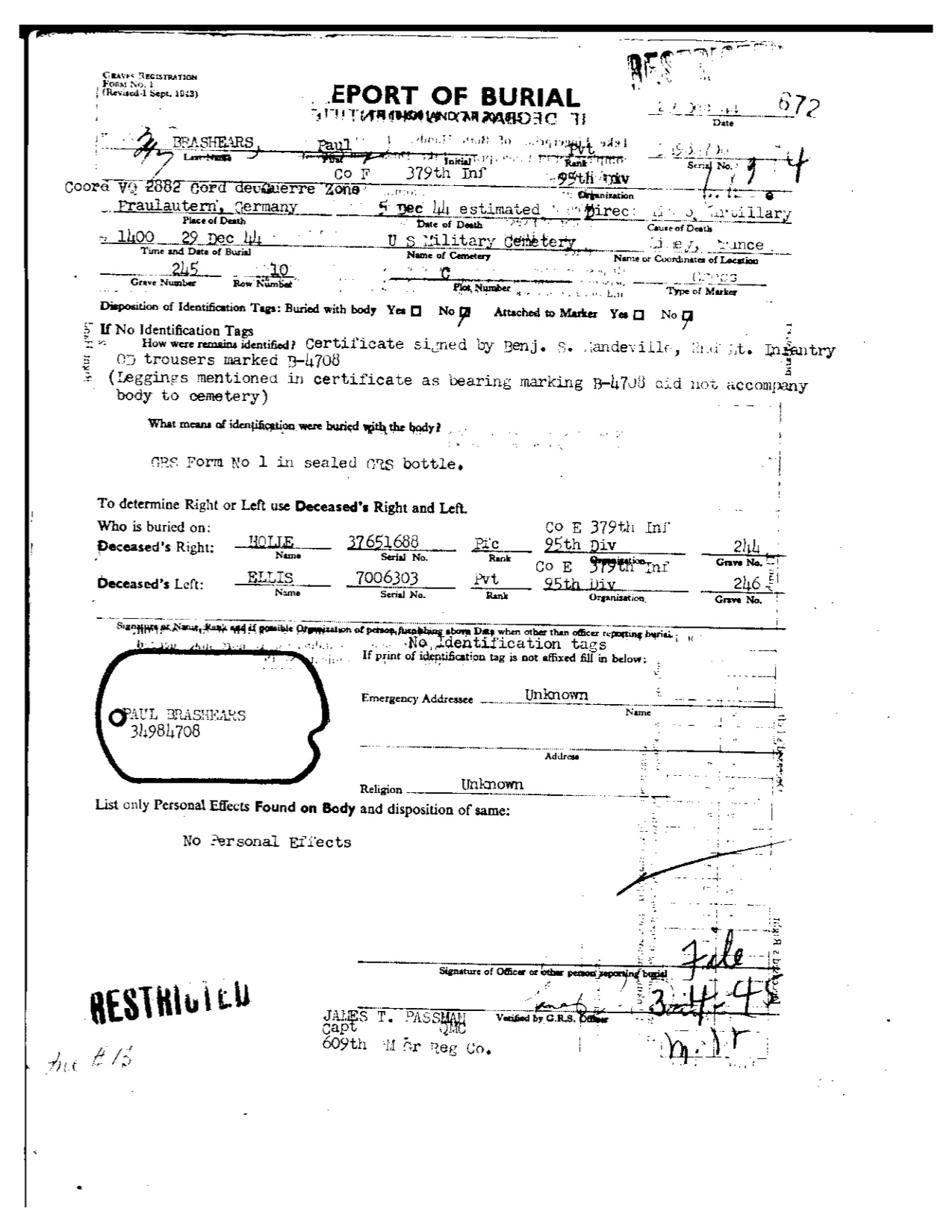