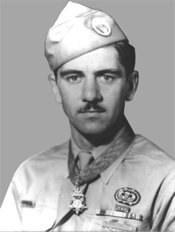 For conspicuous gallantry and intrepidity at risk of life above and beyond the call of duty, in action on 8 February 1944, near Carano, Italy. Cpl. Huff volunteered to lead a six-man patrol with the mission of determining the location and strength of an enemy unit which was delivering fire on the exposed right flank of his company. The terrain over which he had to travel consisted of exposed, rolling ground, affording the enemy excellent visibility.

As the patrol advanced, its members were subjected to small arms and machinegun fire and a concentration of mortar fire, shells bursting within 5 to ten yards of them and bullets striking the ground at their feet. Moving ahead of his patrol, Cpl. Huff drew fire from three enemy machineguns and a 20mm. weapon. Realizing the danger confronting his patrol, he advanced alone under deadly fire through a minefield and arrived at a point within 75 yards of the nearest machinegun position.

Under direct fire from the rear machinegun, he crawled the remaining 75 yards to the closest emplacement, killed the crew with his submachine gun and destroyed the gun. During this act he fired from a kneeling position which drew fire from other positions, enabling him to estimate correctly the strength and location of the enemy. Still under concentrated fire, he returned to his patrol and led his men to safety.

As a result of the information he gained, a patrol in strength sent out that afternoon, one group under the leadership of Cpl. Huff, succeeded in routing an enemy company of 125 men, killing 27 Germans and capturing 21 others, with a loss of only three patrol members. Cpl. Huff’s intrepid leadership and daring combat skill reflect the finest traditions of the American infantryman.”

From Stars and Stripes 10 July 1967.
By Gerald F. Forken
WORLD WAR II HERO RETURNS TO ANOTHER BATTLEFIELD
DUC PHO, viet – It’s just like coming home, said World War II Medal of Honor winner Paul B. Huff as he was greeted by officers and men of the 101st Airborne Div. on his recent arrival in viet.
It was little more than 23 years ago that the strapping young Corporal carved his name in the annals of history by singlehandedly wipping out three enemy machine gun nests on Anzio Beachhead.
Today he returns to another scarred battlefield to fight alongside the new generation of brave men struggling to win peace in this embattled land.
Huff comes from Ft. Campbell, Ky. where he was Sergeant Major of the 101st Airborne Div., to take over the top NCO job with the Screaming Eagles 1st Brigade.
Born 48 years ago in Cleveland, Tenn. less than 60 miles from the birthplace of the most heralded of all Medal of Honor winners, Sgt. Alvin York, the quiet-spoken hero recalls with modesty his action which won him the nation’s highest award for valor.
He was a squad leader with A Co., 509th Parachute Bn. attached to the 5th Army. His platoon was staked out on the Anzio Beachhead.
During the night, the Germans took a small hill across from the American positon and began shelling them early the next morning.
Huff volunteered to lead a five-man patrol to check out the German’s exact location and strength.
He led his band through a minefield leaving them behind in a creek at the bottom of the hill, while he crept forward to have a look.
Dodging heavy automatic fire, Huff knocked out the first machine gun nest by jumping up and firing his tommy gun point blank at the surprised enemy. He stayed around long enough to knock out two other heavily manned positions.
Huff raced back down the slope, rallied his men and returned to his Company to report that the hill was occupied by a German Company.
He was given another 12 men and the task of taking the high ground.
After a fierce six-hour battle. the Americans were in possession of the hill, killing 27 Germans and capturing 25.
When the Tennessean returned to report mission accomplished his CO told him that having watched the Corporal’s heroic actions throughout the entire action, he was putting him in for the Medal of Honor.
What does it mean? the 174 pound Paratrooper inquired.
For one thing it means a trip home replied the CO.
The trip home is fine with me said the reluctant hero.
Huff elected to have the medal presented to him in Rome by Gen. Mark Clark in the presence of his comrades. He became the first Paratrooper to receive the award.
Huff then returned to the United States, where he went on a 38-state tour with an Army aerial show, making two parachute jumps in each state for War Bonds.
Huff is one of the few Medal of Honor winners never to earn the Purple Heart. The closest he came to being wounded was when an enemy grenade exploded between his legs as he stumbled down the hill on that awesome day in February, 1944, causing only slight powder burns. 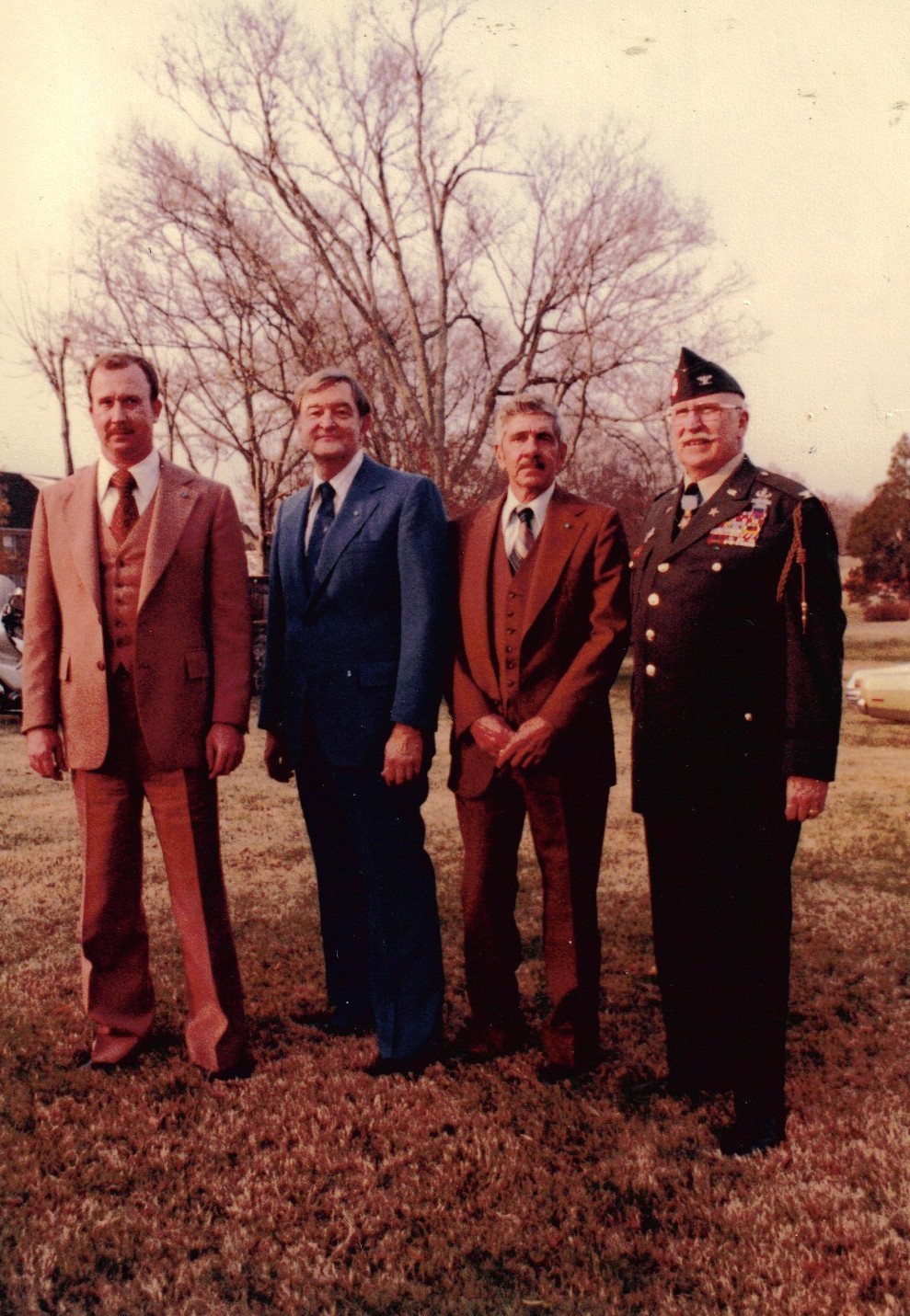 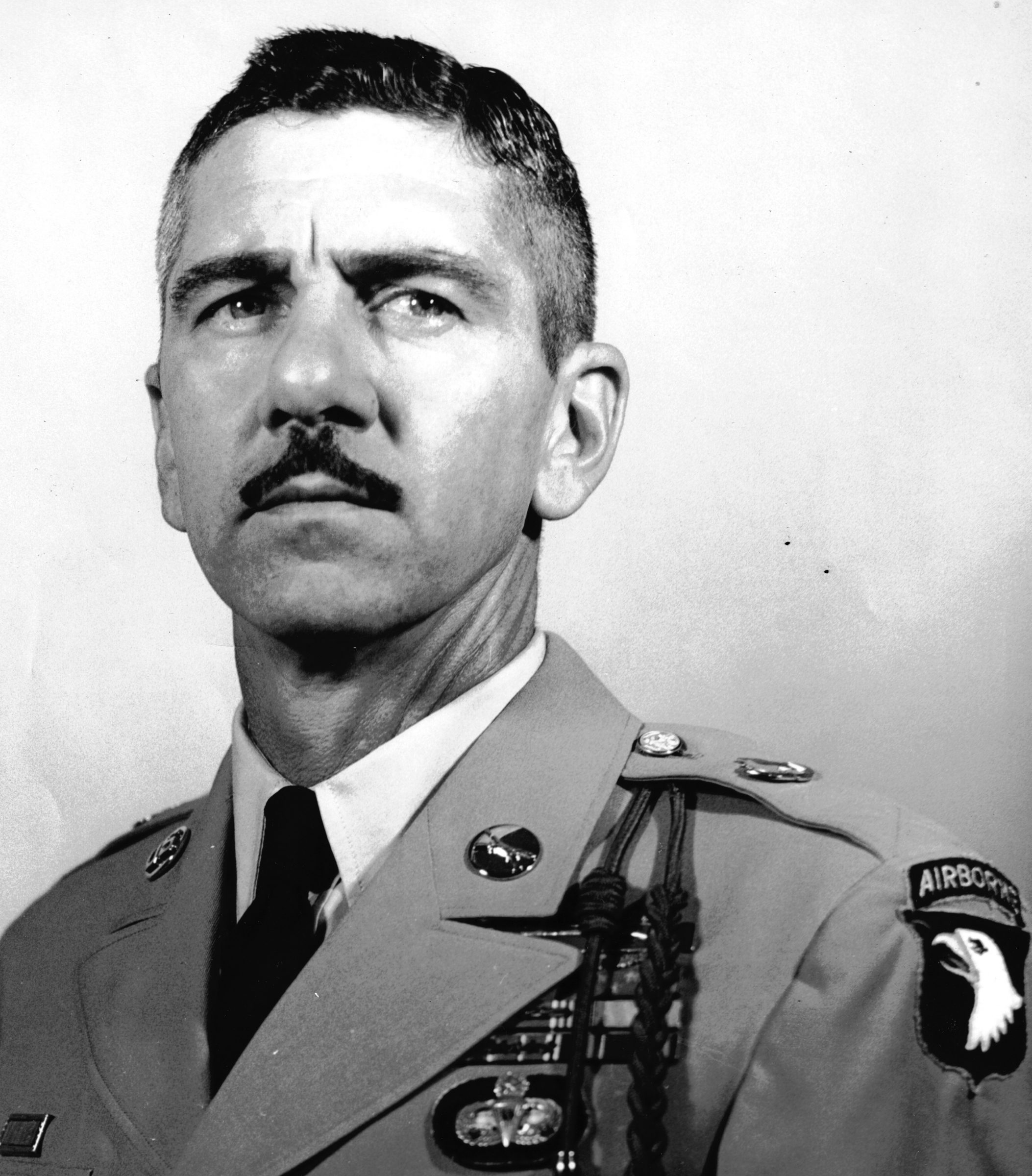 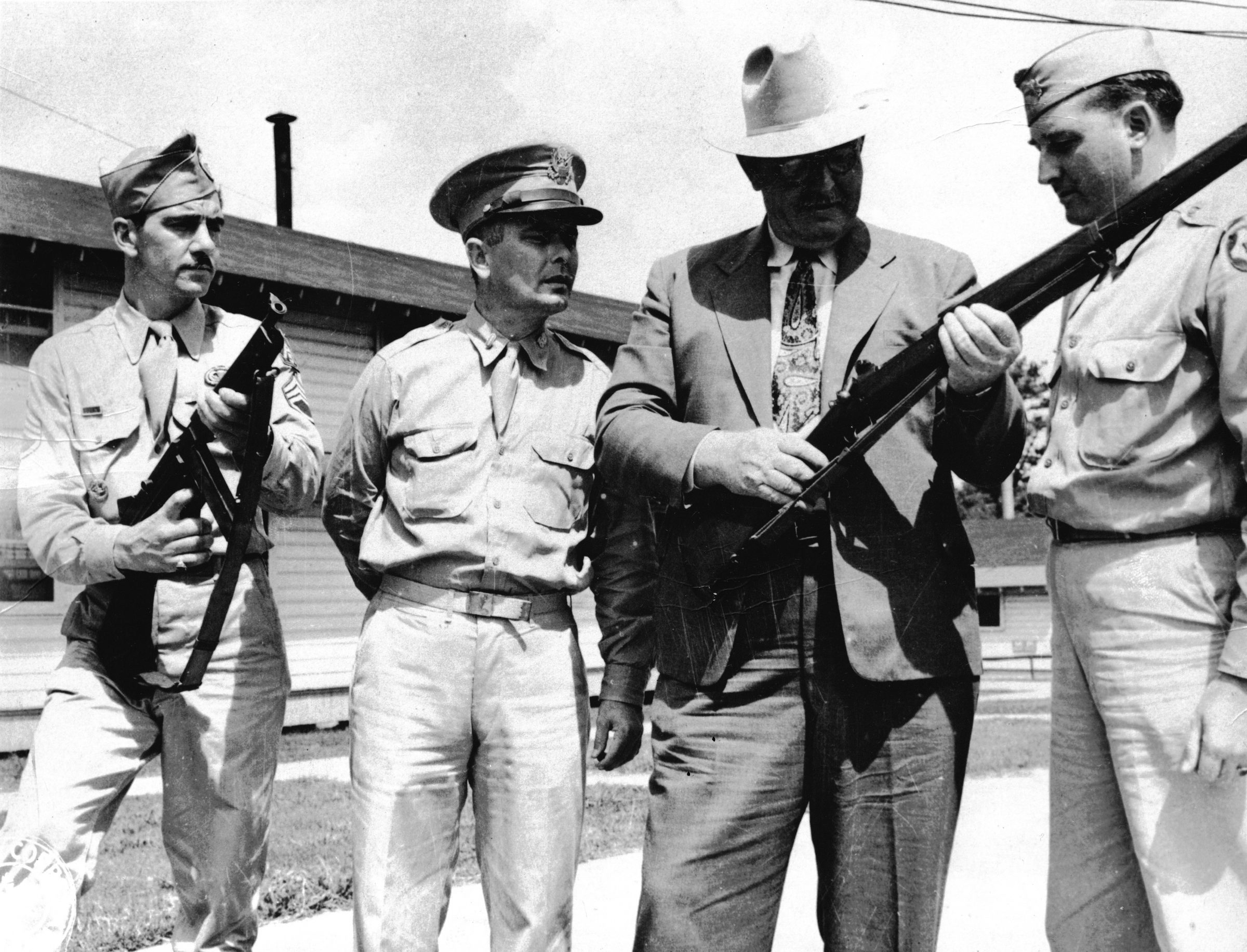 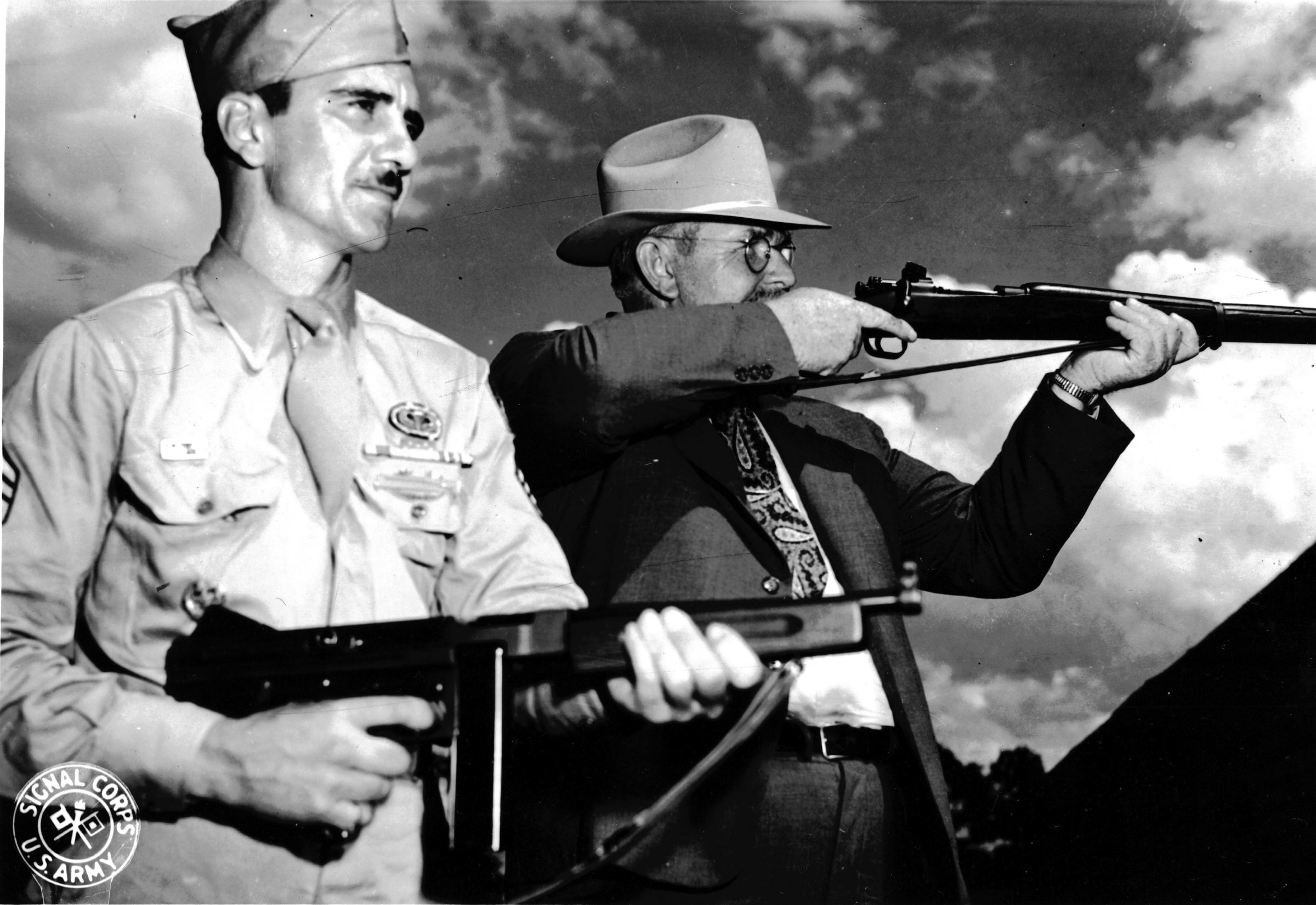 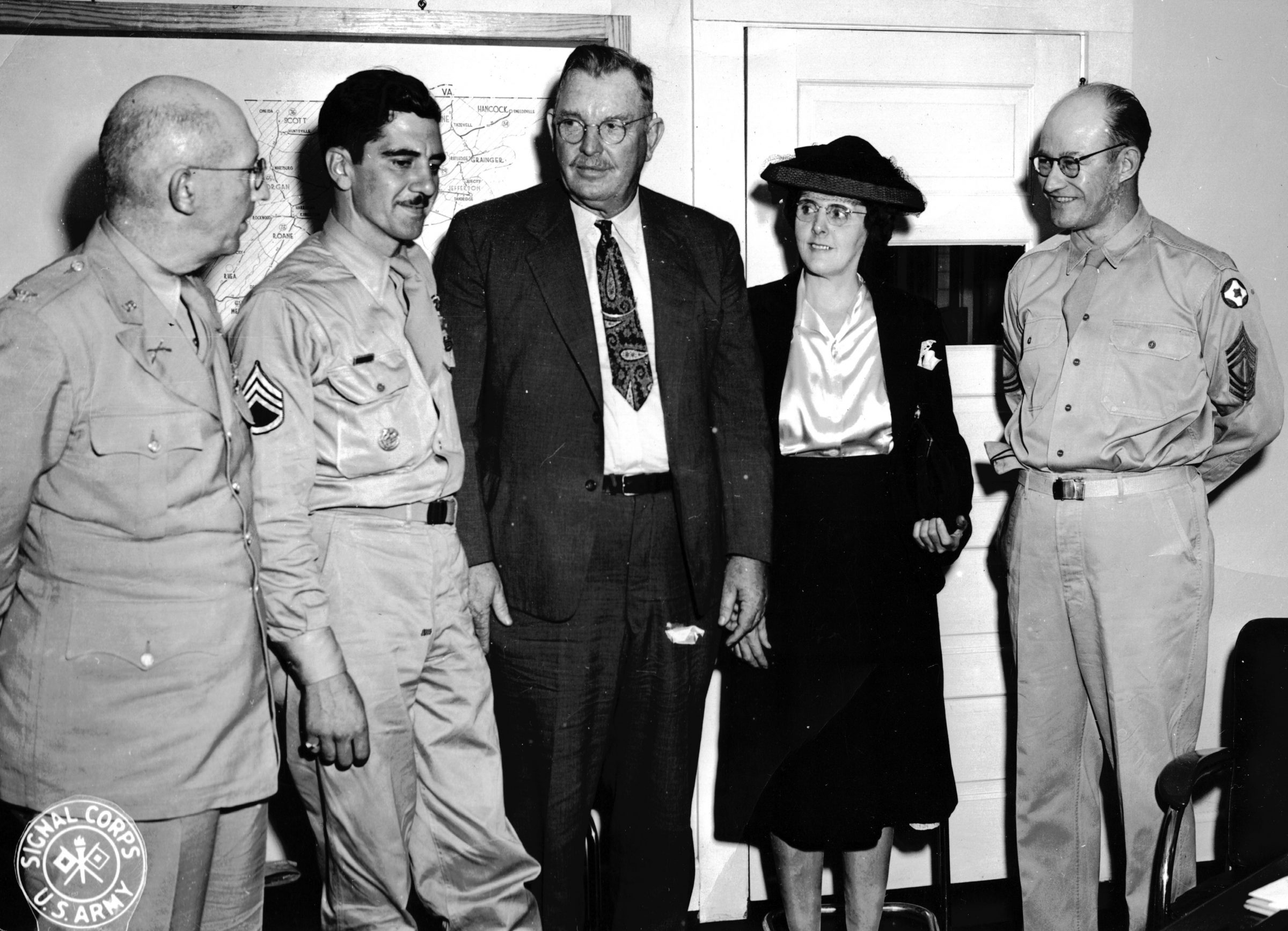 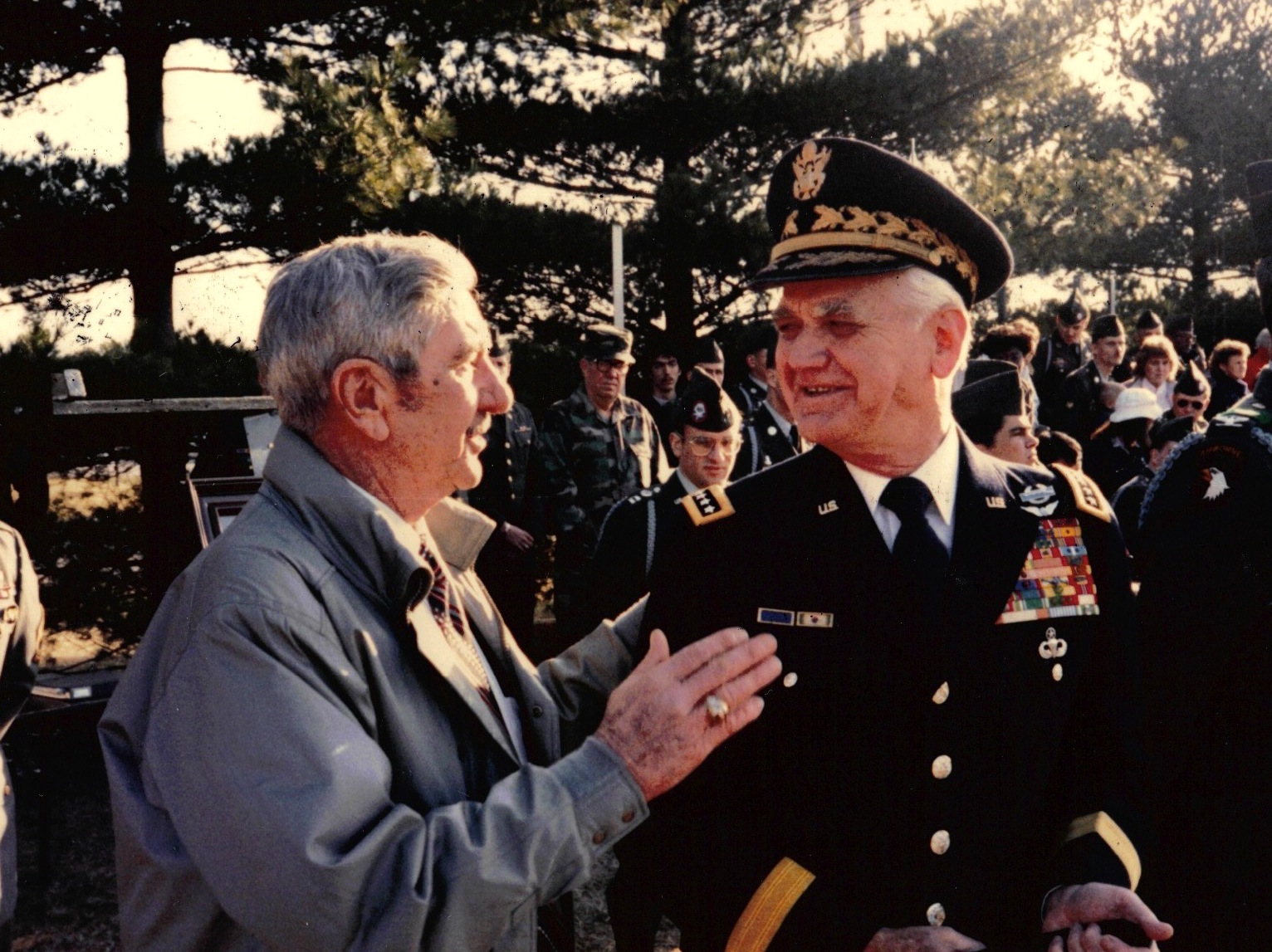 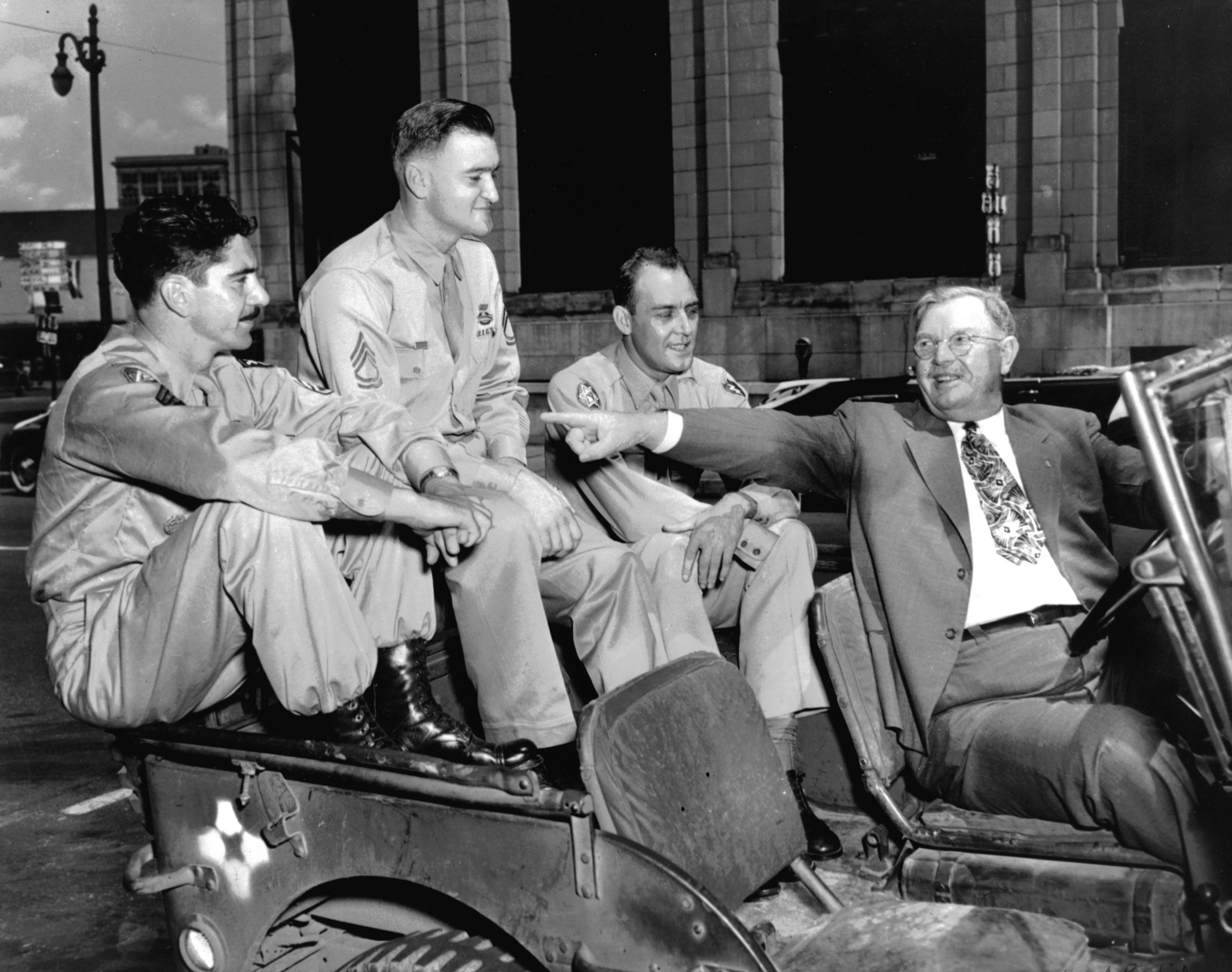 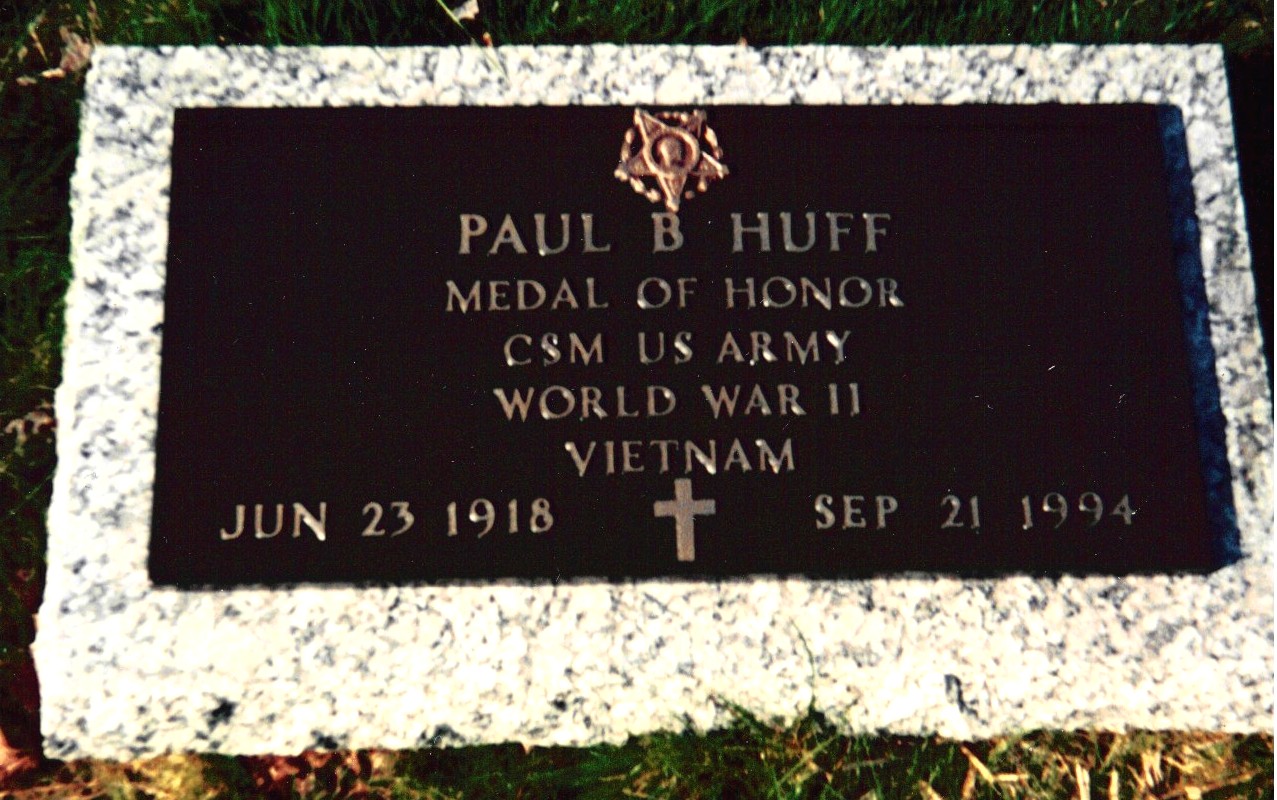