Private Fields was killed in action on 24th of March 1945. He was interred at F,7,62 Henri-Chapelle American Cemetery, Belgium. Awards include the Purple Heart.

“Would like to have more information on my father.paul bascom fields. Service #34490489 , 415th infantry regiment,104th infantry. He died in action as a unknown soldier. Buried at Henri-chapelle, Belgium. Award Purple Heart, March 1945, one year after I was born. Any information on whereabouts of his family as I have no idea where to start. It’s a long story. My mother never recovered from his death. I was raised by foster parents. I am now wanting to know as much as I can about my father. Thank you so much. Sincerely , rebecca Yvonne bunton 509-999-2114”
email: Ramremfg@aol.com 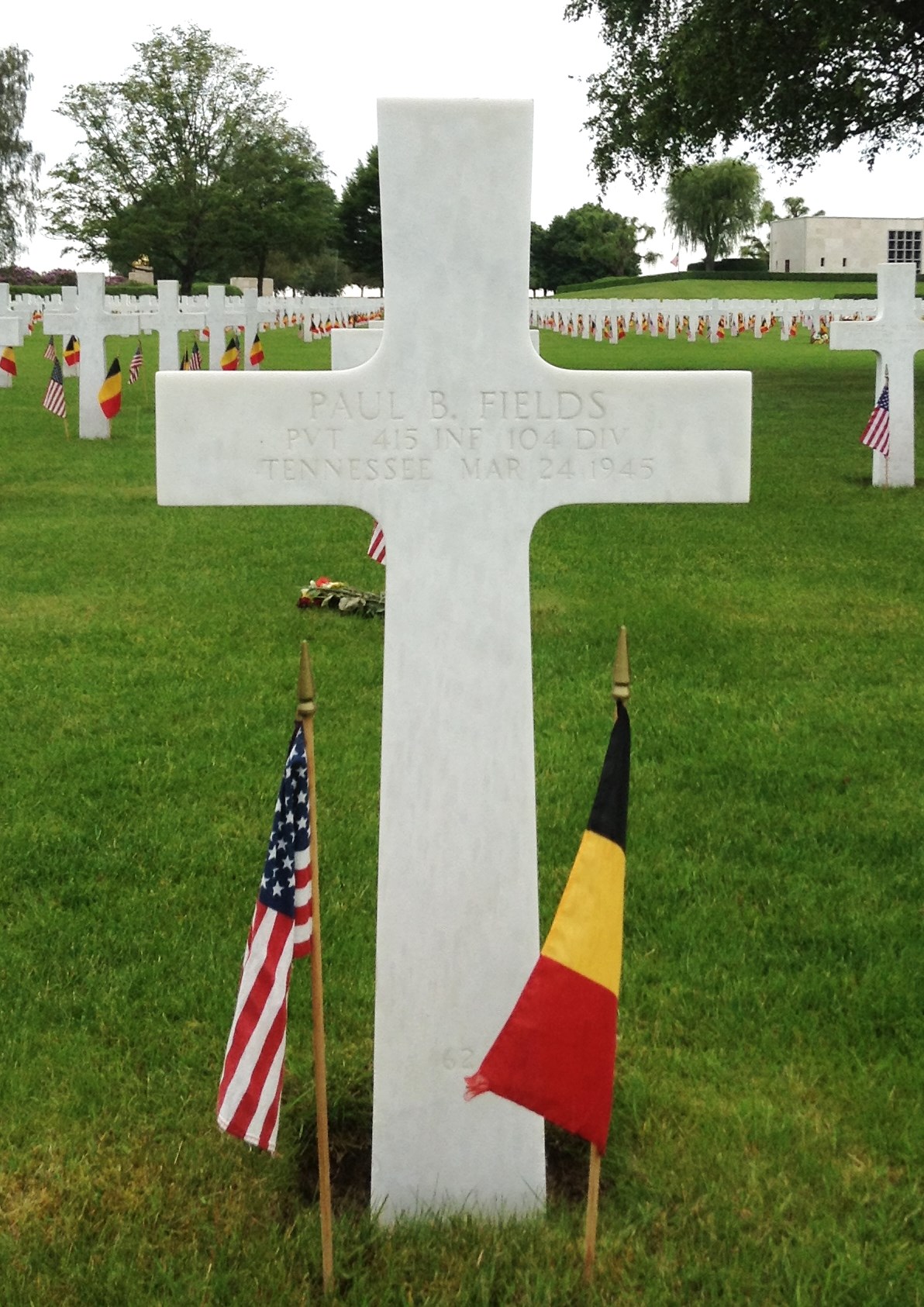 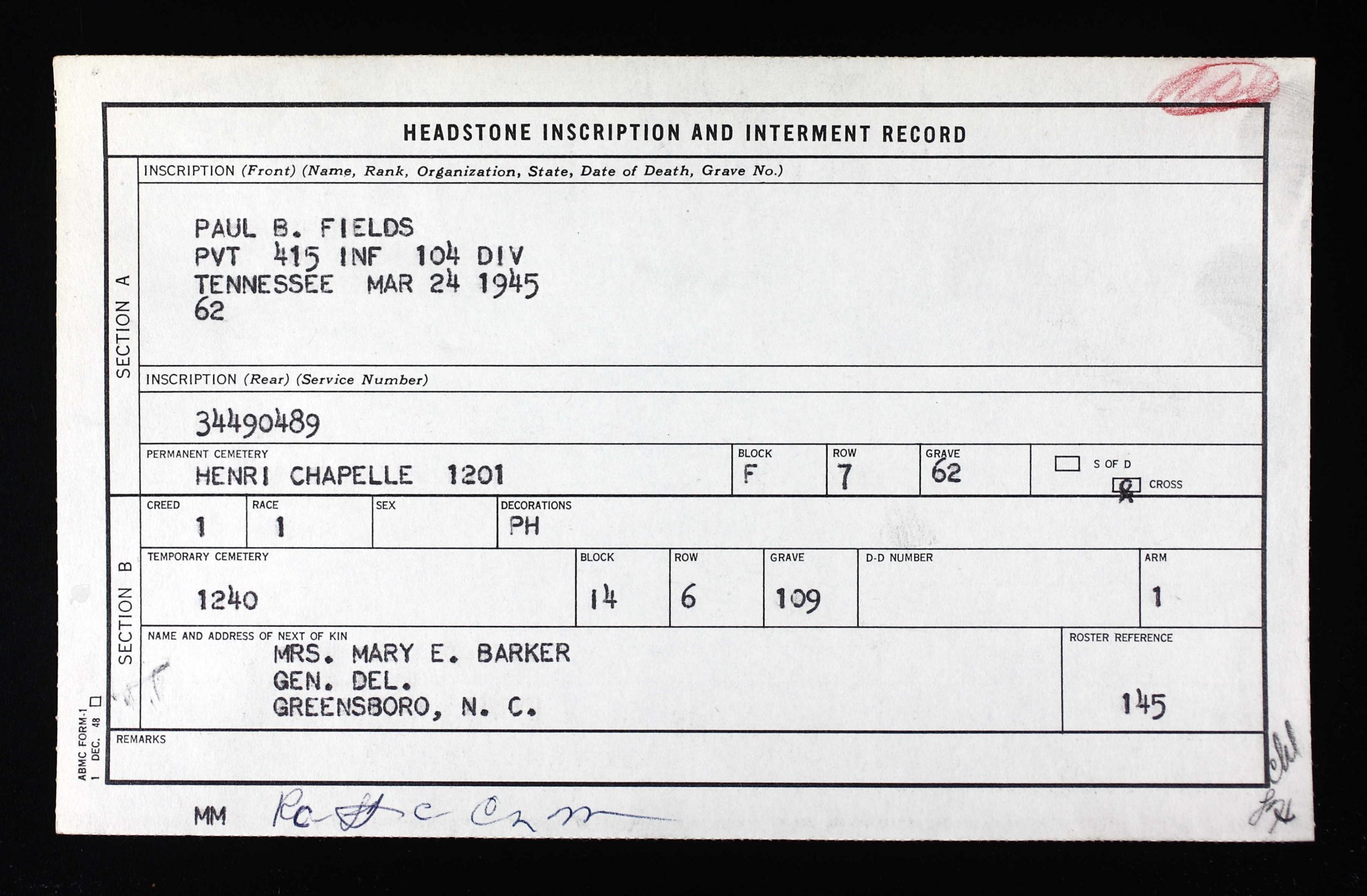