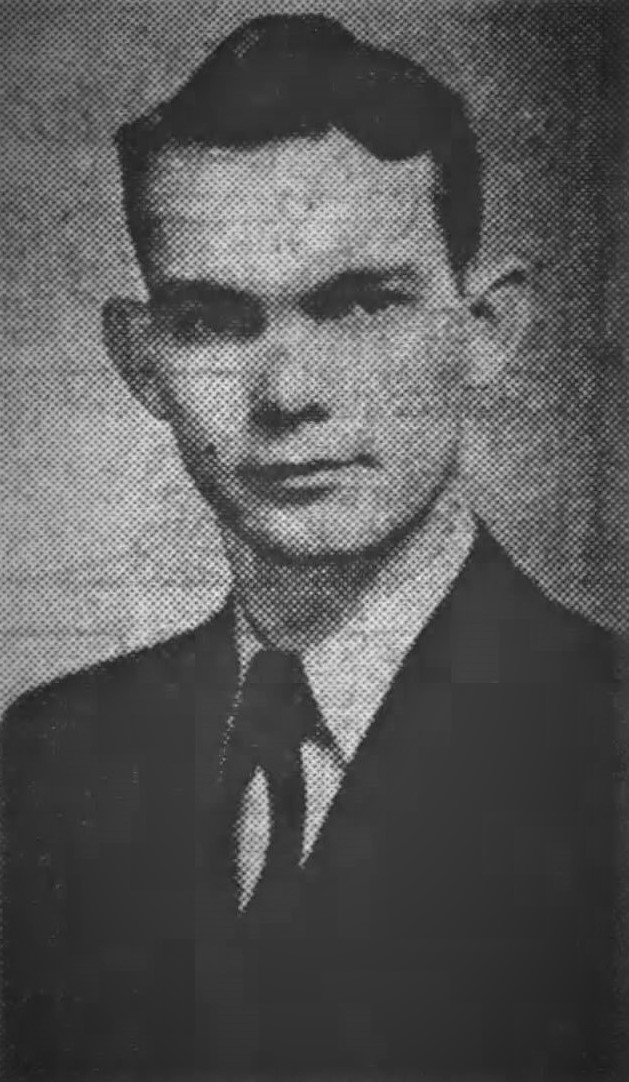 Paul Allen Benton was born in Clincho, Virginia on 13 March 1928. He was the son of Thomas Raleigh Benton and Mamie Verle Miller.
He is buried at Oak Hill Cemetery, Kingsport, TN

Private First Class Benton was a member of the 21st Infantry Regiment, 24th Infantry Division. He was Killed in Action while fighting the enemy in North Korea.

The Kingsport Times, 22 February 1952
The body of Pfc. Paul Allen Benton, who was killed in action in Korea last September 21 at the age of 23, will arrive at the Clinchfield Railroad Station. Private Benton was the son of the Rev. and Mrs. T.R. Benton, 1756 Jared Drive. He joined the Army as an infantryman in October 1950 and went overseas in March, 1951. Before entering service he was employed in the Stamping Department of Kingsport Press Inc. Survivors are the parents; four brothers, Harold, Kingsport; Tommy, in the Air Force in Oklahoma; Jackie and Jimmie Benton, Jared Drive; one sister, Miss Nadine Benton, Jared Drive; his paternal grandparents, Mr. and Mrs. James Wesley Benton, Kingsport; and step-grandmother, Mrs. Flo. Miller, Elizabethton. 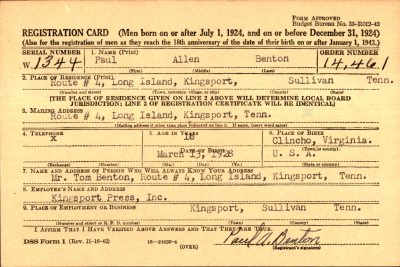 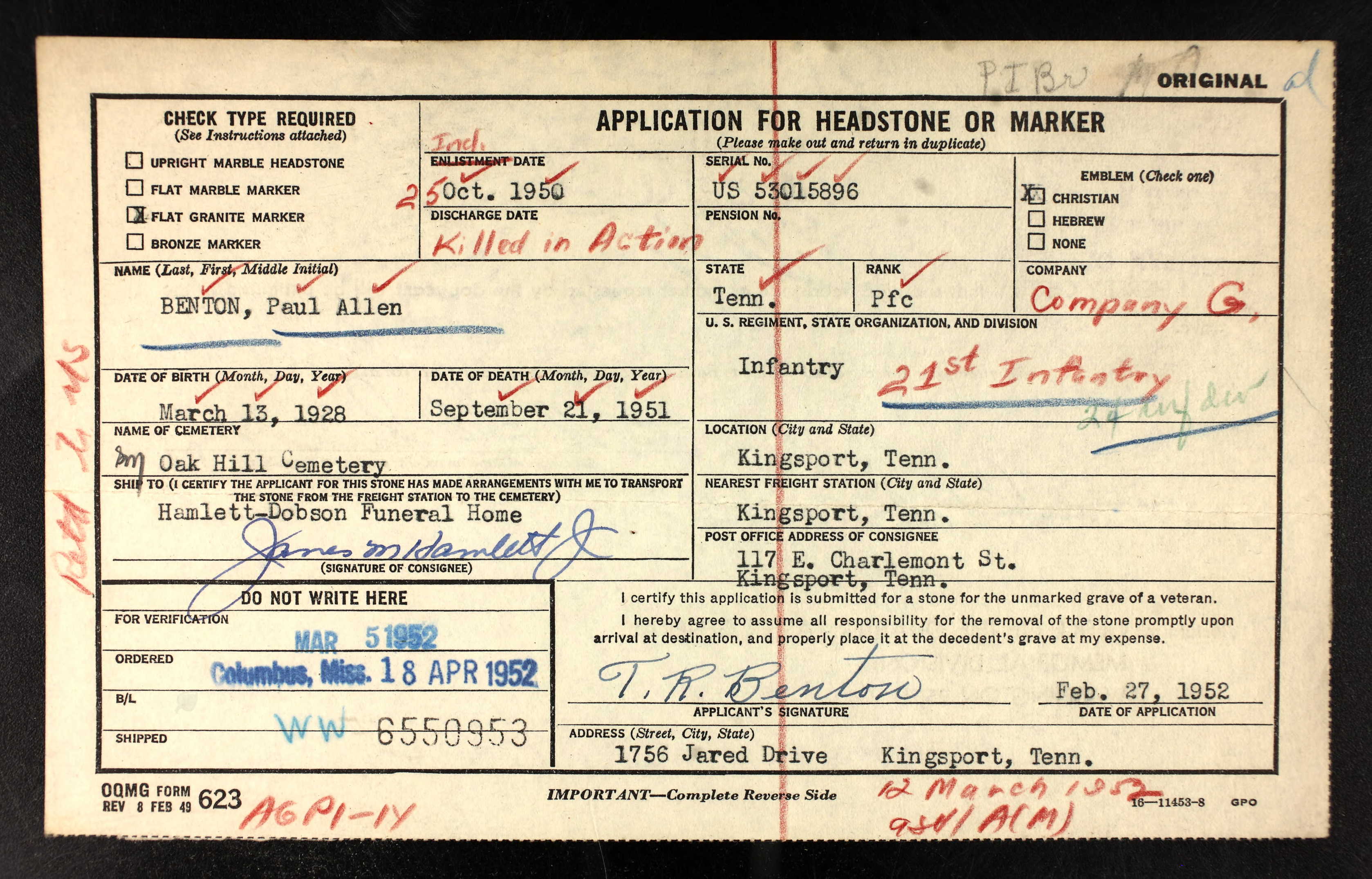 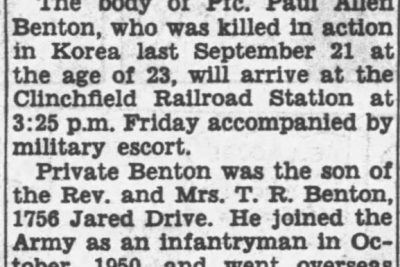