The Knoxville Journal, December 24, 1944
Coxswain Pat Leon Cross, 24, son of Mrs. Mae Cross of 2127 West Clinch Avenue, was killed in action and given a military funeral before burial Nov. 24 among the dead of the Second Marine Division in the Marianas, the War Department has informed his wife the former Miss Mary Helen Perkins, 429 Atkin Street. Coxwain Cross was previously reported missing in action on Nov. 20. A graduate of Liver Springs High School, he was employed by the ALuminum Company of America before entering service April 11, 1942. In addition to his wife and mother, survivors include a small daughter, Luida Louise; two brothers, Kelly S. Cross in the Navy and Tommy Cross, student of Castle Heights Military Academy. 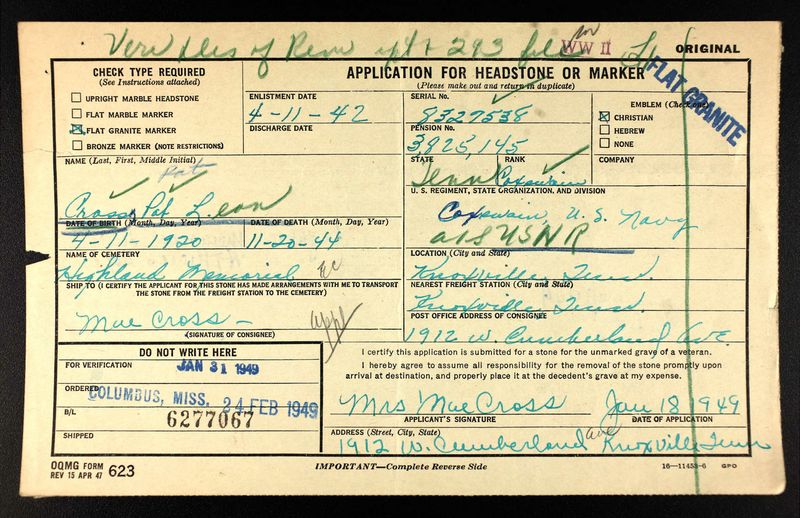 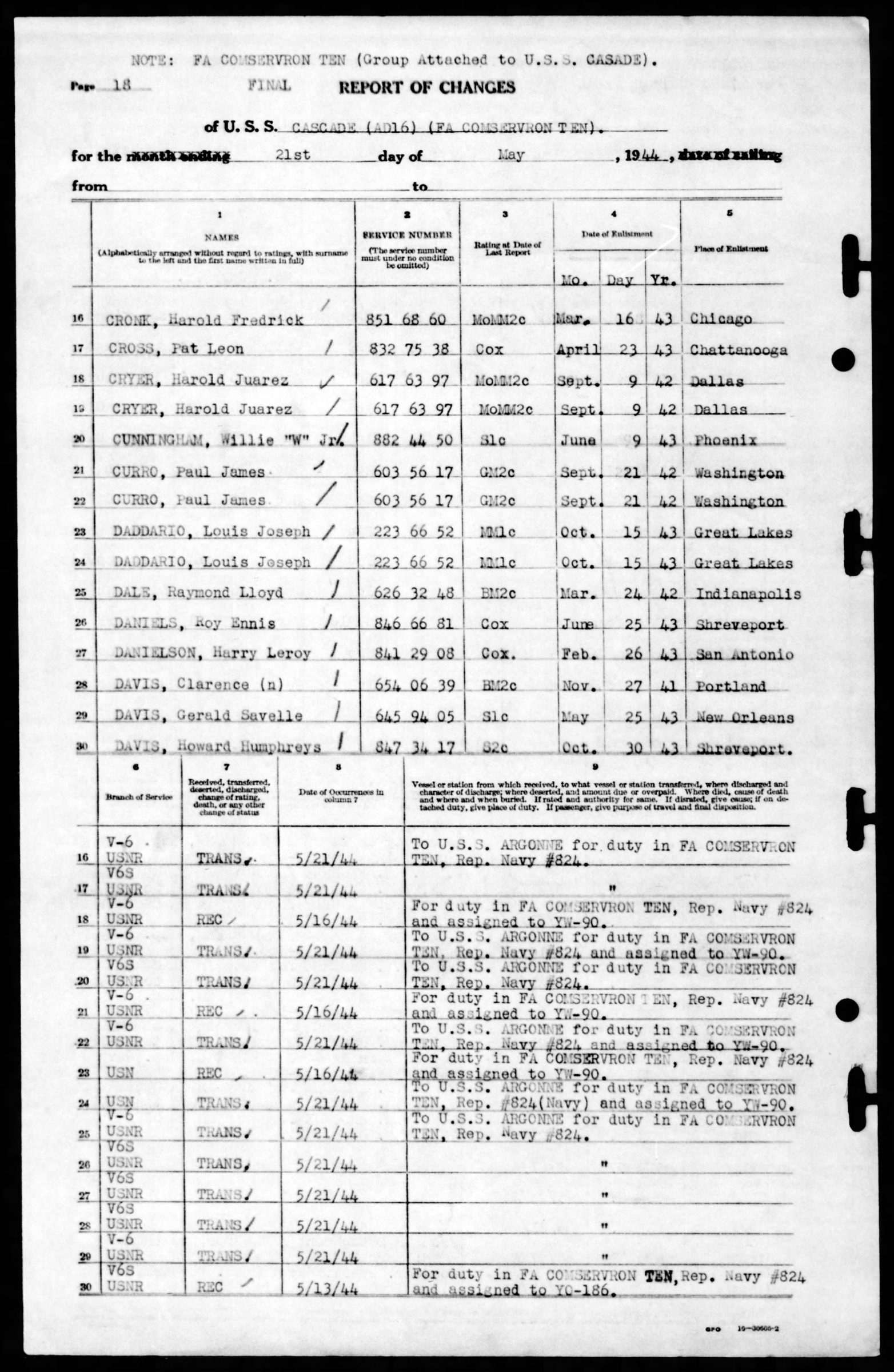 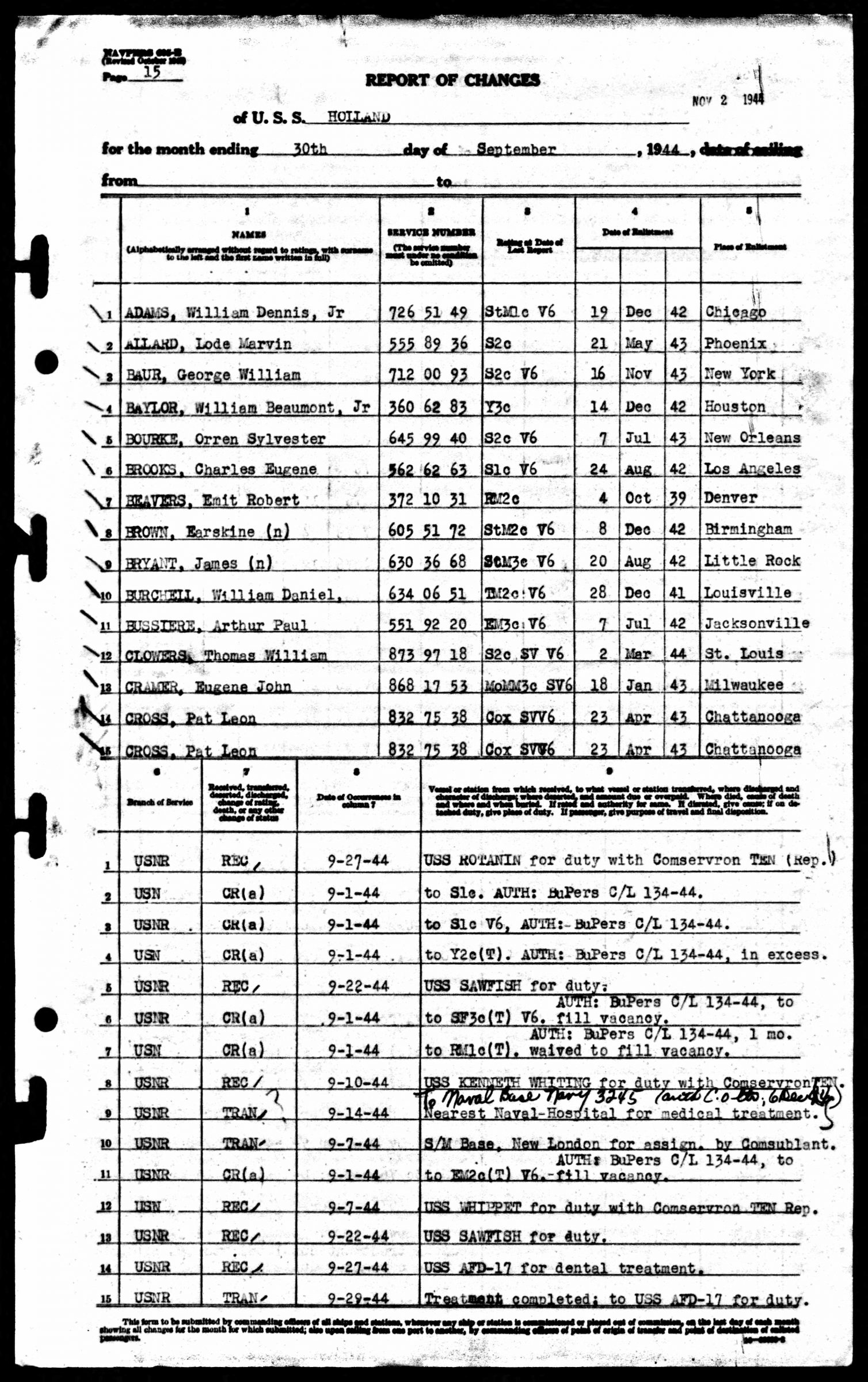 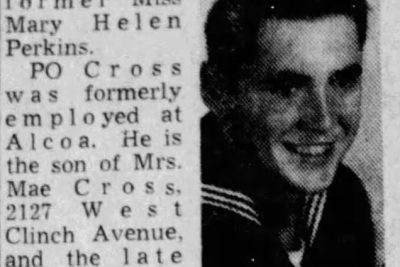