Aircraft B-25H with serial number 43-4179 departed from Nadzab on a weather recon mission to Wewak. The route to be followed was: Nadzab, Gusap, Annenberg, Wewak and return. Weather was to be reported every half hour. This aircraft took off from Nadzat at 0519K, 27 March 1944. One weather report was received by V Bomber Command Communications. No other word was ever heard from this A/P. A-3 Communications tried to contact the airplane, but was never able to get an answer.
Searches for the missing A-P did not begin until 28 March, 1944, due to the false report made by Fighter Sector that 179 had landed at Finschafen. 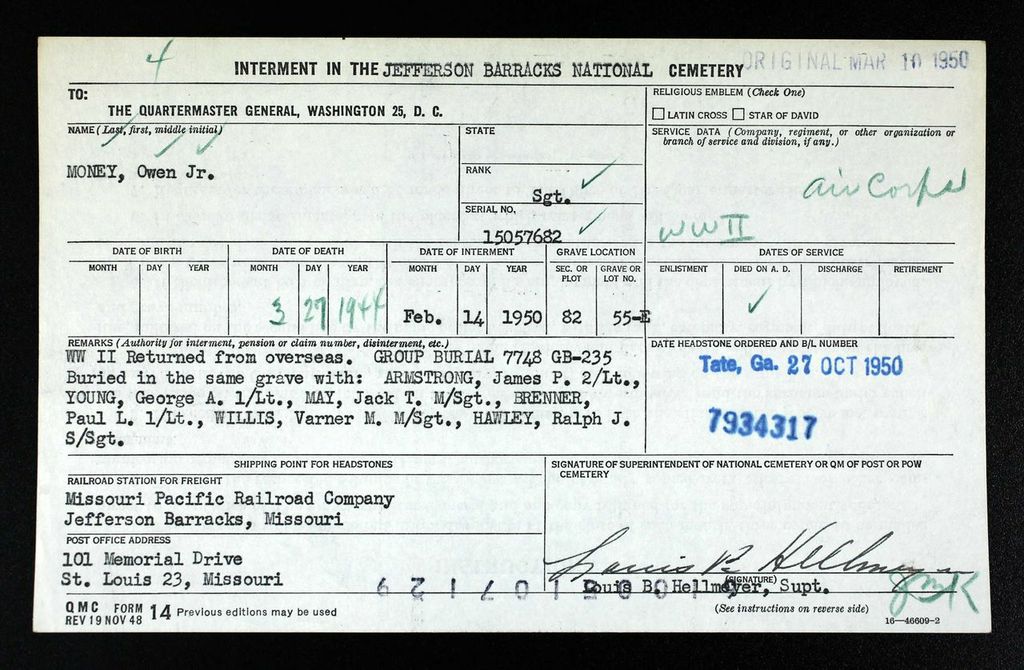 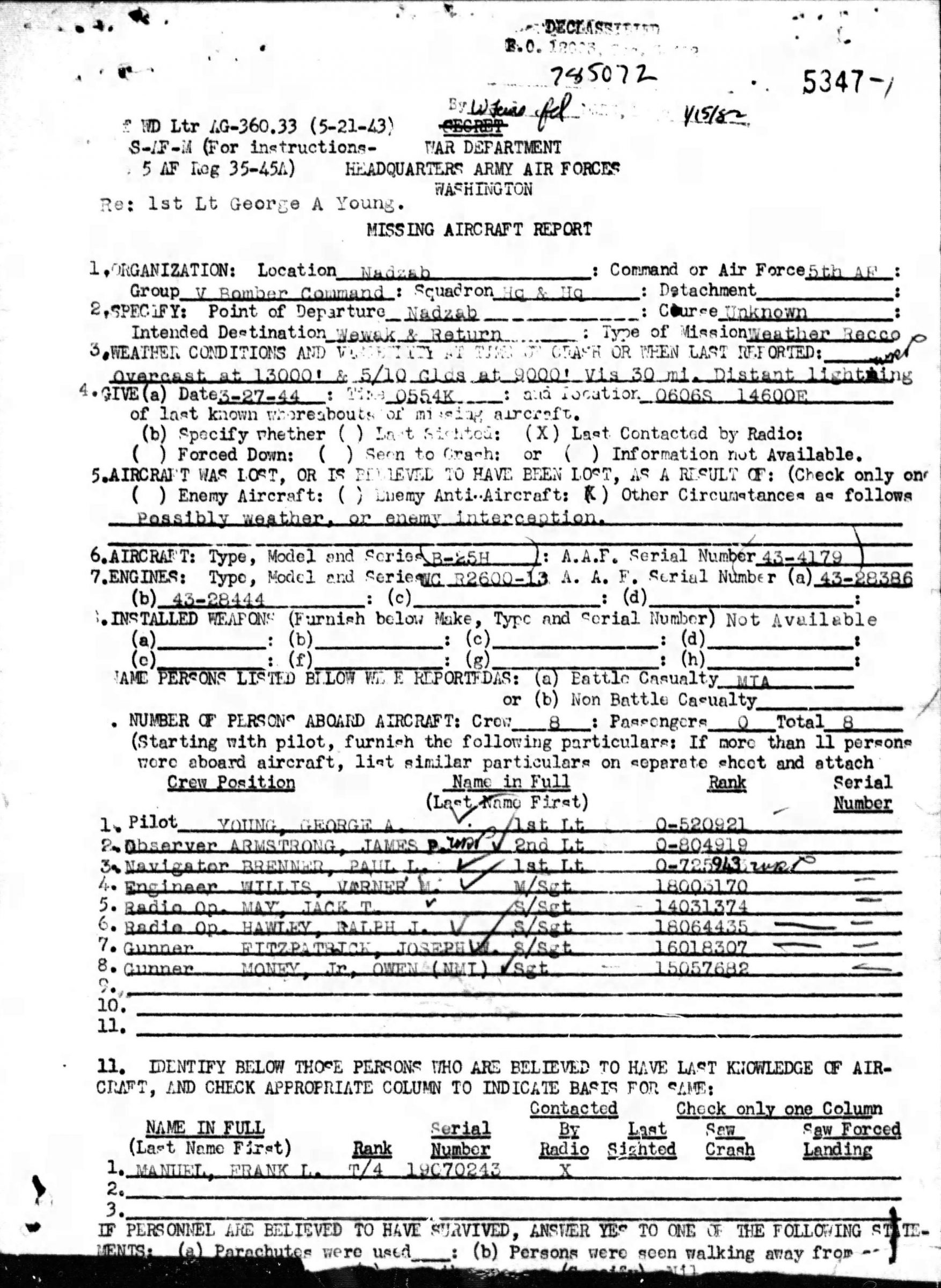