Tec4 Dixon entered the service from Ohio. He died in a hospital in Algiers. He had been in the hospital for several weeks from a wound received accidentally. Sgt Dixon attended Cumberland Mountain School, Pleasant Hill Academy and TPI, Cookeville.
He had worked on the Pennsylvania Railway since 1923 and was an engineer. He entered the service of his country in October 1942, and he was working on a railroad in North Africa.

There is a headstone next to his parents, Lee and Katherine Dickerson Dixon, in Freedonia Cemetery, but his body was not brought back from Algiers, North Africa. He was initially buried at II Corps Cemetery in Mateur, Tunisia and was reburied at the North Africa American Cemetery, Carthage, Tunisia, E, 8, 5.

Crossville Chronicle, March 23, 1944
Sgt. Oscar W. Dixon, son of Mr. and Mrs. Lee Dixon, Creston, whose death in Algeria was reported to his family last week. Sgt. Dixon was born June 3, 1906 at Creston.
Sgt. Dixon had been overseas since April 1943, working on a railroad in North Africa.
Besides his parents, Sgt. Dixon is survived by his wife and 14-months-old son, who are with her parents in Huntsville, Ala., and three sisters; Mrs. Mabel Elmore, Akron, Ohio; Mrs. Ova Overton, Dickson; Mrs. Opal Fligor, New Orelands, La., and three brothers; Tommie Dixon, Akron, Ohio; Pvt. Bill Dixon in camp near New Orleans and Bob Dixon, who is with his parents. 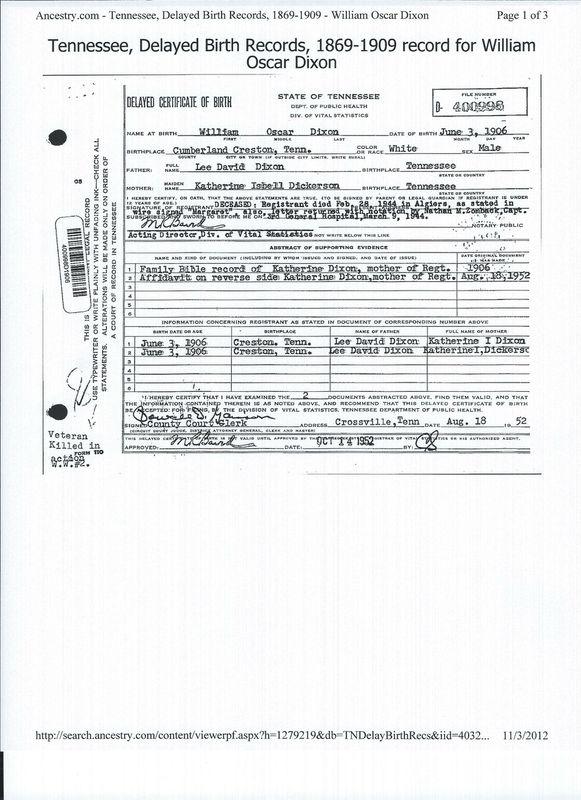 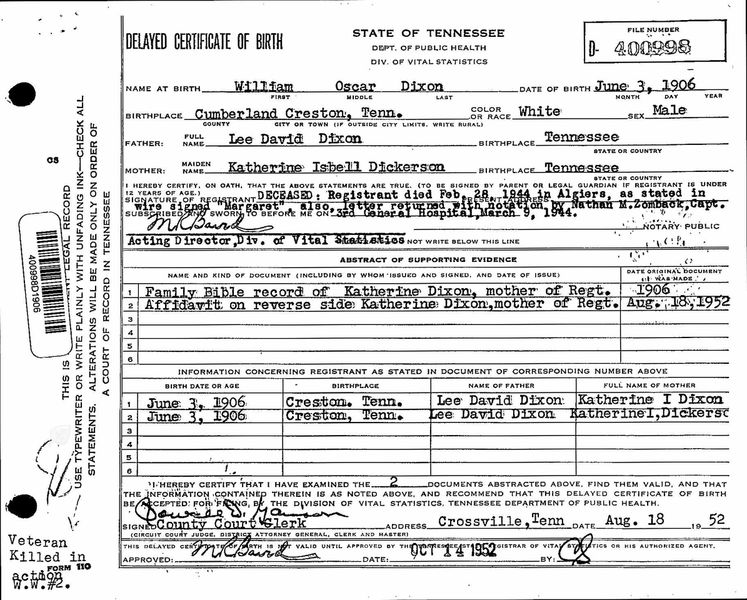 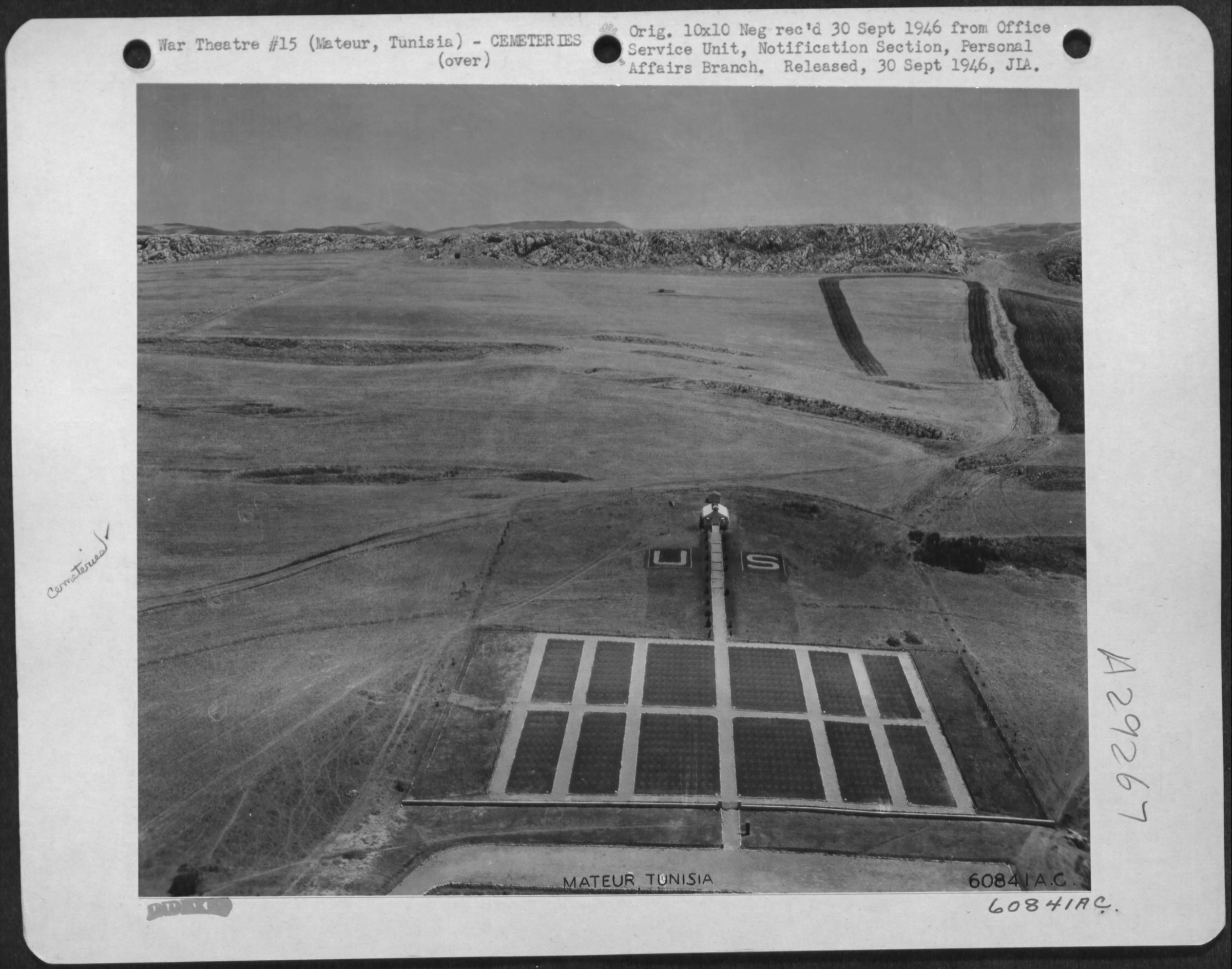