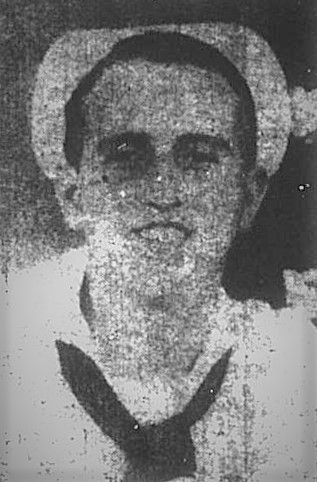 One Dies When Planes Collide in Mid Air
PENSACOLA, Fla., April 10, 1944–The Naval Air Station public relations office today announced that AMM 3C Oscar Sample, of New Port, Tenn., was killed in a collision of two planes near Oak, Ala. The Pilot of the plane in which Sample [sic] was a passenger and the pilot of the other aircraft, parachuted to safety. 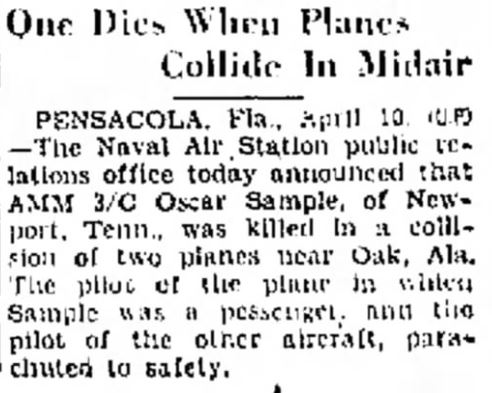