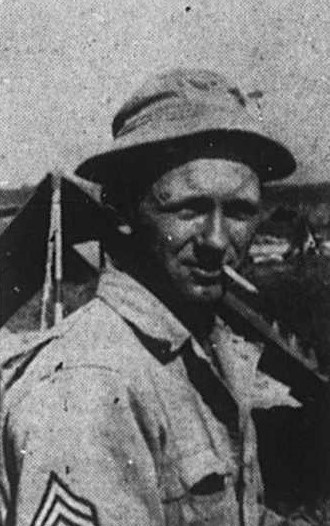 Source: The Greeneville Sun
65 Years Ago, he and his brother went wshore in Epic WWII Battle
BY BOB HURLEY
June 6, 2009

Grover Payne and his brother, Oscar, both survived the landing during the invasion of France at Normandy in 1944, but Oscar was killed just over a month later, and it would be several months later before word reached Grover of his brother’s death.

“We were in different outfits, scattered all over France, and with the world being turned upside down by the war and all, it is nothing short of a miracle that I ever heard about Oscar’s death at all,” Grover said.

The two brothers had grown up together on a dairy farm in Greene County, never dreaming that they would both someday be part of the largest amphibious invasion in history.

“Our family milked 50 cows by hand back in those days,” Grover said. “It was back before electric milkers came along, but we did it, and we got along really well at it. We had a contract with what was called the Soldier’s Home up in Johnson City at that time. We hauled them 50 gallons of fresh milk every day.”

The rigors of those endless milkings and long days of pitching hay would later serve Sgt. Grover Payne very well. “The days during the invasion were so long and mixed up that I honestly can’t tell you what day I went ashore,” he said.

“It was either the seventh or eighth of June, several hours after the initial invasion on the sixth. In that kind of situation, it is impossible to sort it all out all these years later.”

The things that he did and the things that he saw in the days that followed are still too horrific to report, but he is at last telling his family and friends about some of them. A German mortar round killed Oscar somewhere in France, and it was a German mortar that all but killed Grover not soon thereafter.

Rogersville Review, September 14, 1944
Mr. and Mrs. G.C. Payne of Greene county recently received this message: “Your son, Sgt. Oscar R. Payne was killed in France on July 28th.”
Sgt. Payne entered service on January 15, 1941 and went overseas about six months ago. He had charge of five big guns. He was reared in Greene county and attended high school in Greeneville. He has a brother, Grover Payne, who is stationed in France.
Before entering the service of his country he was employed at the Smoky Mountain Hosiery Mill in Kingsport. He made friends easily and had many in Greene county. He was 28 years old. 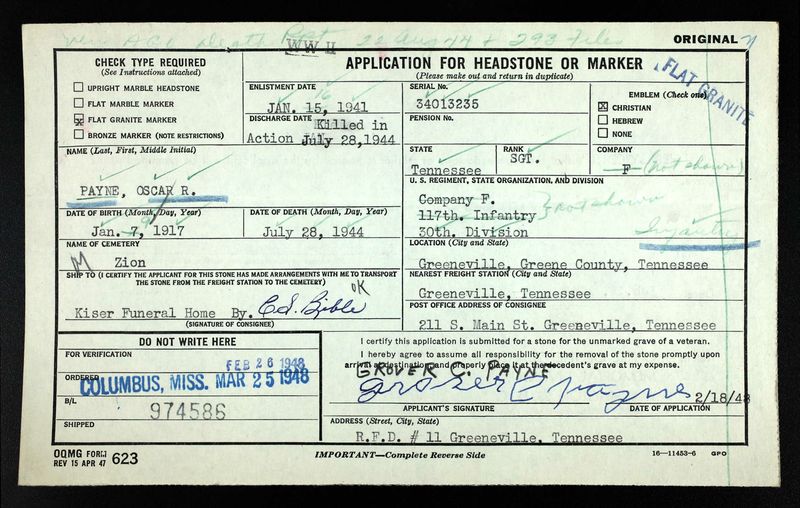