Oscar Byrd Harrison was 30 November 1895, Greene County, Tennessee to William Bruce and Arra Bell Harrison. He entered the service on 25 May 1918 at Greeneville, Tennessee and trained at Camp Pike in Arkansas. He sailed to Europe on 15 August 1918, arriving 28 August. He died on 22 October 1918 at the age of 22 at Mt. Faucon, Argonne Forest in France and is buried plot D, row 39, grave 11, Meuse-Argonne American Cemetery, Romagne, France.

On September 26th, 1918, Byrd Harrison went into the front line of the Argonne Forest The fighting was intense, and he went over the top four times in three days. It was there that he was fatally wounded, falling face forward into a Shell hole, according to a chum who applied first aid. Sof as as is know, he died before he could be removed from the field. He is supposedly buried near Romage.
Byrd Harrison entered the preparatory department at Tusculum College, near Greeneville, Tenn., in 1916, where he was know as a hardworking, faithful student. There are many things that might be said in commendation of this brave Young man – as a boy at home, as a student in school, and as a soldier on the field of France. But one thing must be said, namely, that he never failed to do his part and more in any undertaking that was at hand. Always willing, always cheerful, always brave and faithful, he was one of that kind whom the World depends to do its work and bring forth results. With fine moral and physical strength, unflinching in his zeal for right, persistent at all times and never weary, he was of a dependable sort who are of the best the World has. Of all our own county boys who fell in this unparalleled war, none is more deserving of special notice or will be missed more than this faithful, patient, onscientious lad,Oscar Byrd Harrison. 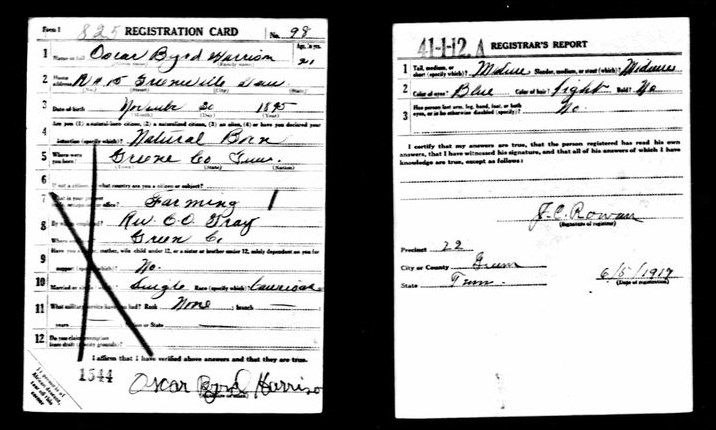 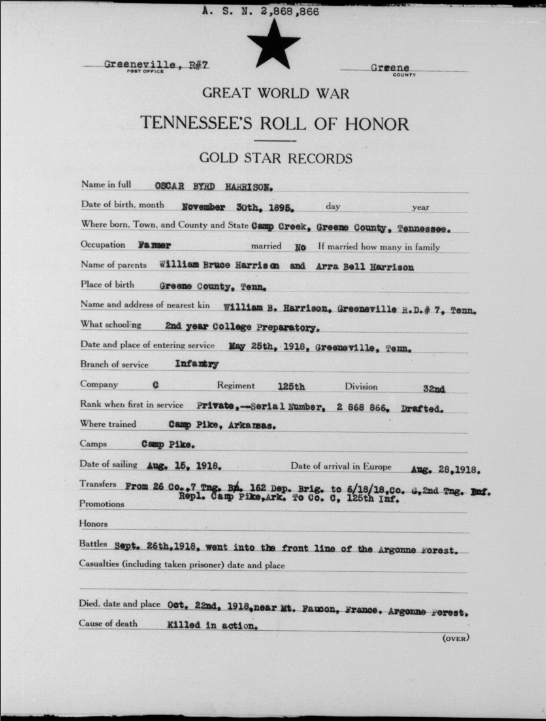 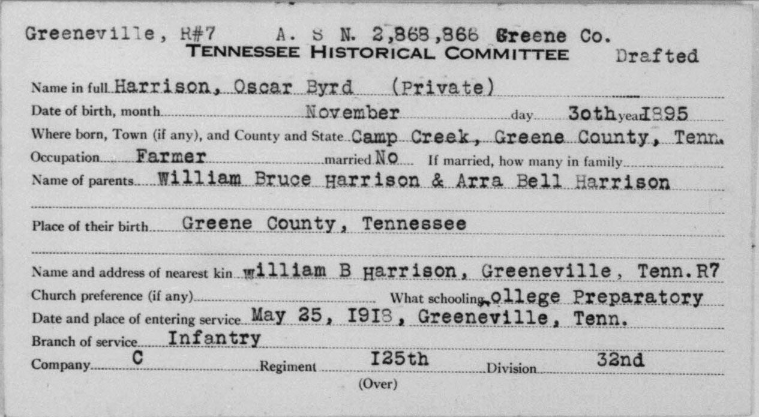 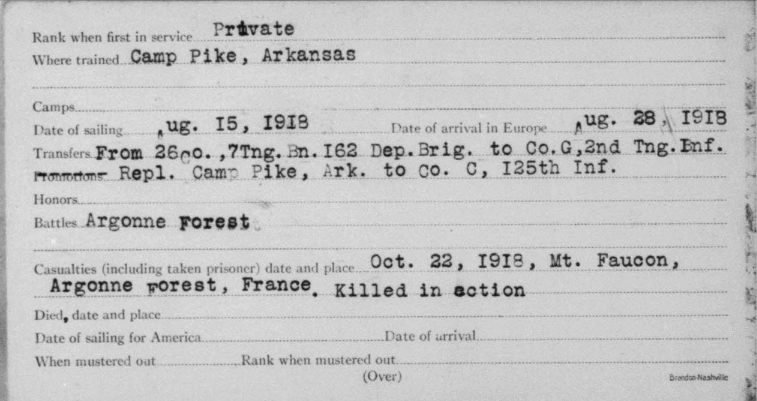 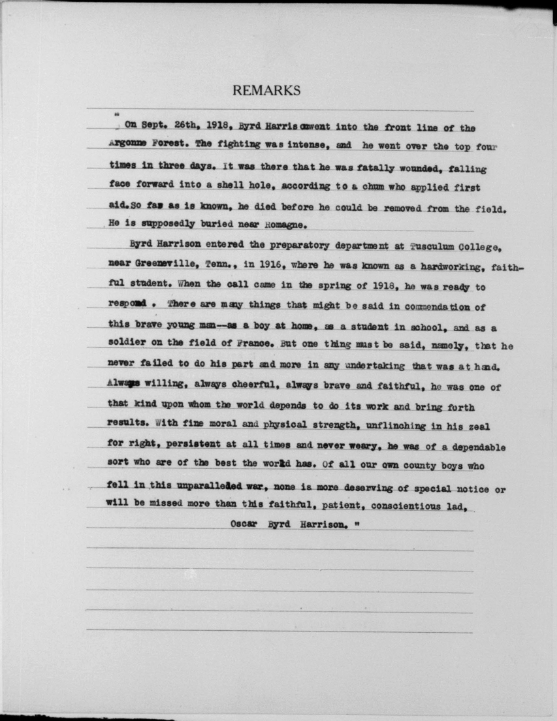 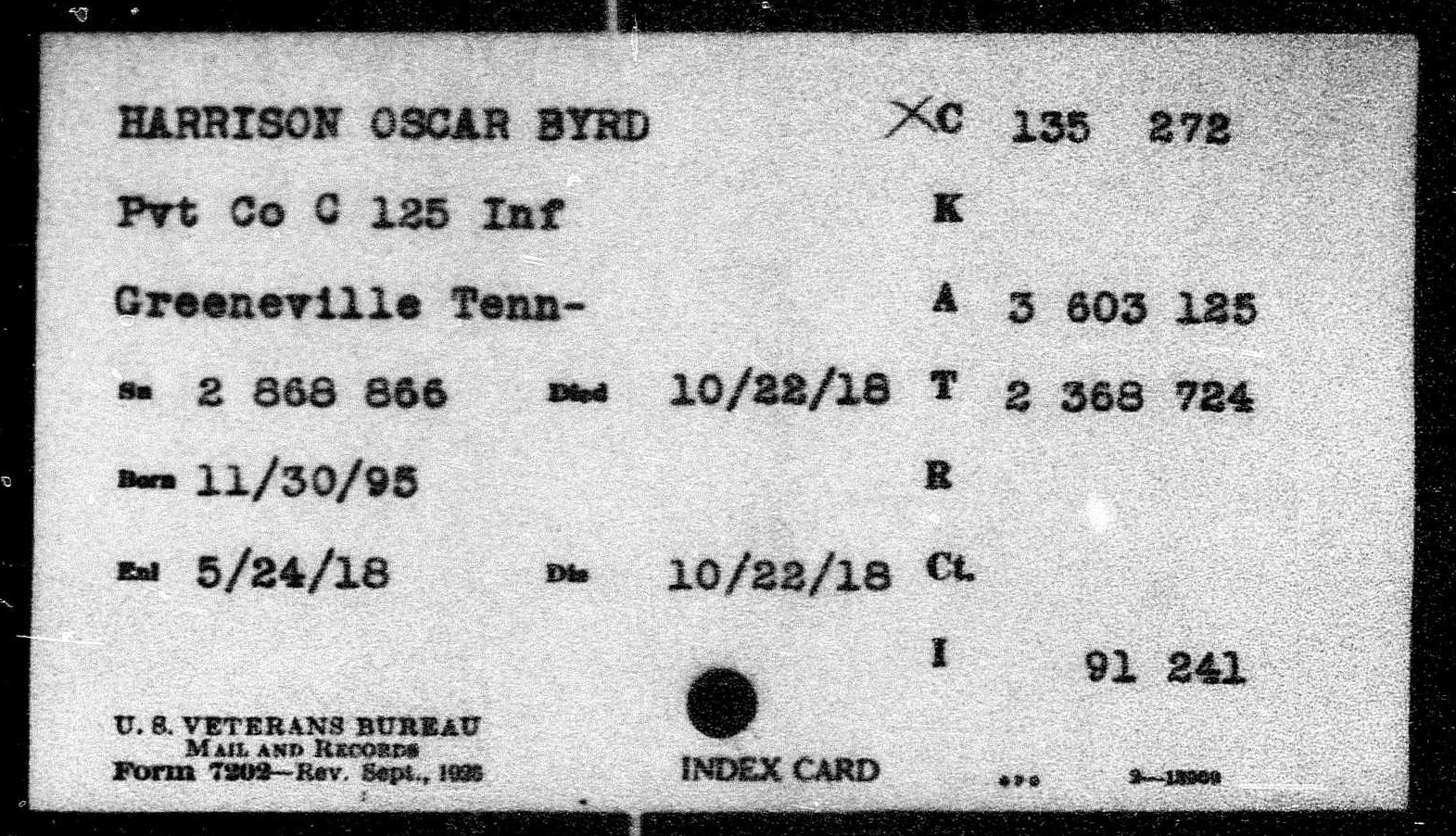 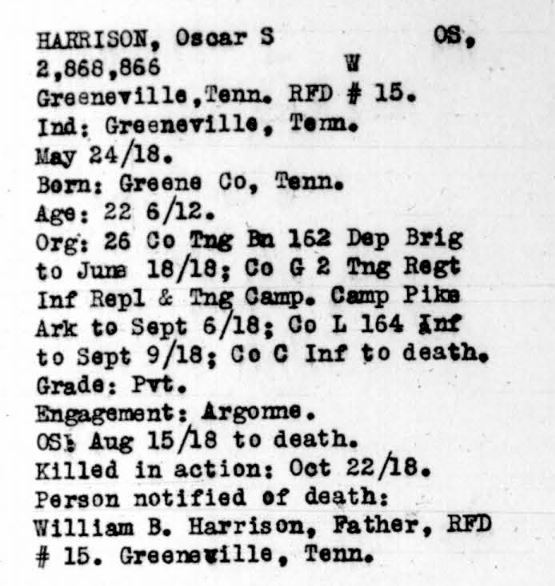 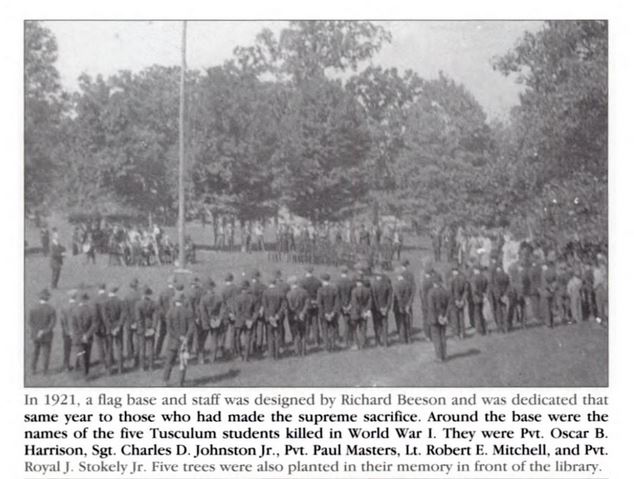 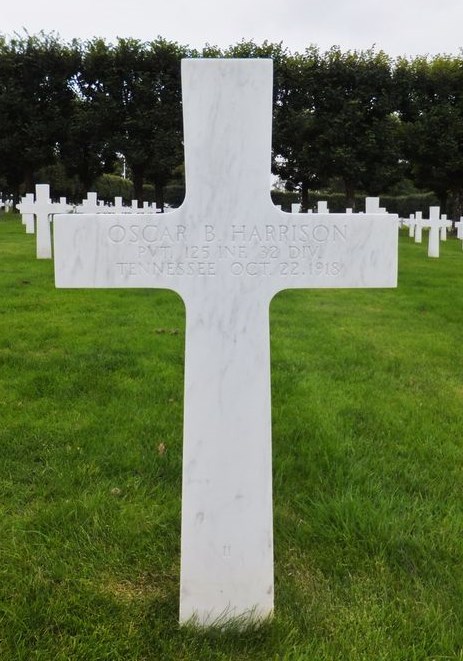