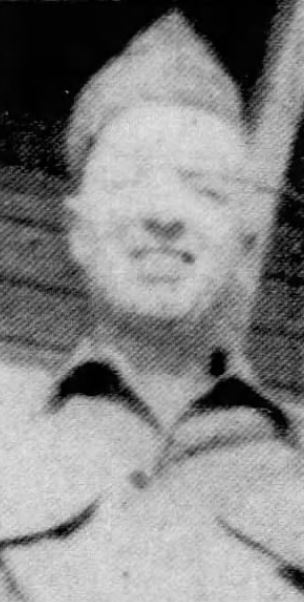 The Knoxville News-Sentinel, July 18, 1943
Pfc. Orville R. Kings, son of Mr. and Mrs. Audley King, Route 9, was killed in action in Mindinao June 21, according to word received from Major James Charlmers, commander of Pfc. Kings medical detachment. Pfc. King was a company aid man. He was 38 years old. Pfc. King was killed by a Jap machine gun bullet while he crawled from one wounded man to another giving first aid. Pfc. King had been overseas since February, 1944. He was a graduate of Young’s High School and a member of New Prospect Presbyterian Church.
In addition to his parents, he leaves sisters, Mrs. Evelyn McClain, Mrs. Bernice Thomas, Mrs. Kenneth Born, Mrs. Lonalyce Thomas and Miss Peggy Jo King, and two brothers, Pvt. Billy S. King in Germany, and Burnette King of Knoxville.

The Knoxville News-Sentinel, October 26, 1945
Pfc. Orvilel R. King, son of Mrs.  Ella L. King of Knoxville, has been posthumously awarded the Bronze Star Medal for heroic performance of duty in the Philippines. The citation which accompanied the award stated that, as a medical aid man with the 31st “Dixie” Division on Mindanoa, he braved enemy machine gun fire to administer first aid to a wounded man, the, after evacuating him to a safe position, pushed forward with the assualt platoon until he was fatally wounded. In addition to the Bronze Star, Pfc. Was awarded the Asiatic-Pacific and Philippine liberation ribbons, three battle star, the bronze invasion arrowhead and the Combat Medical Badge. 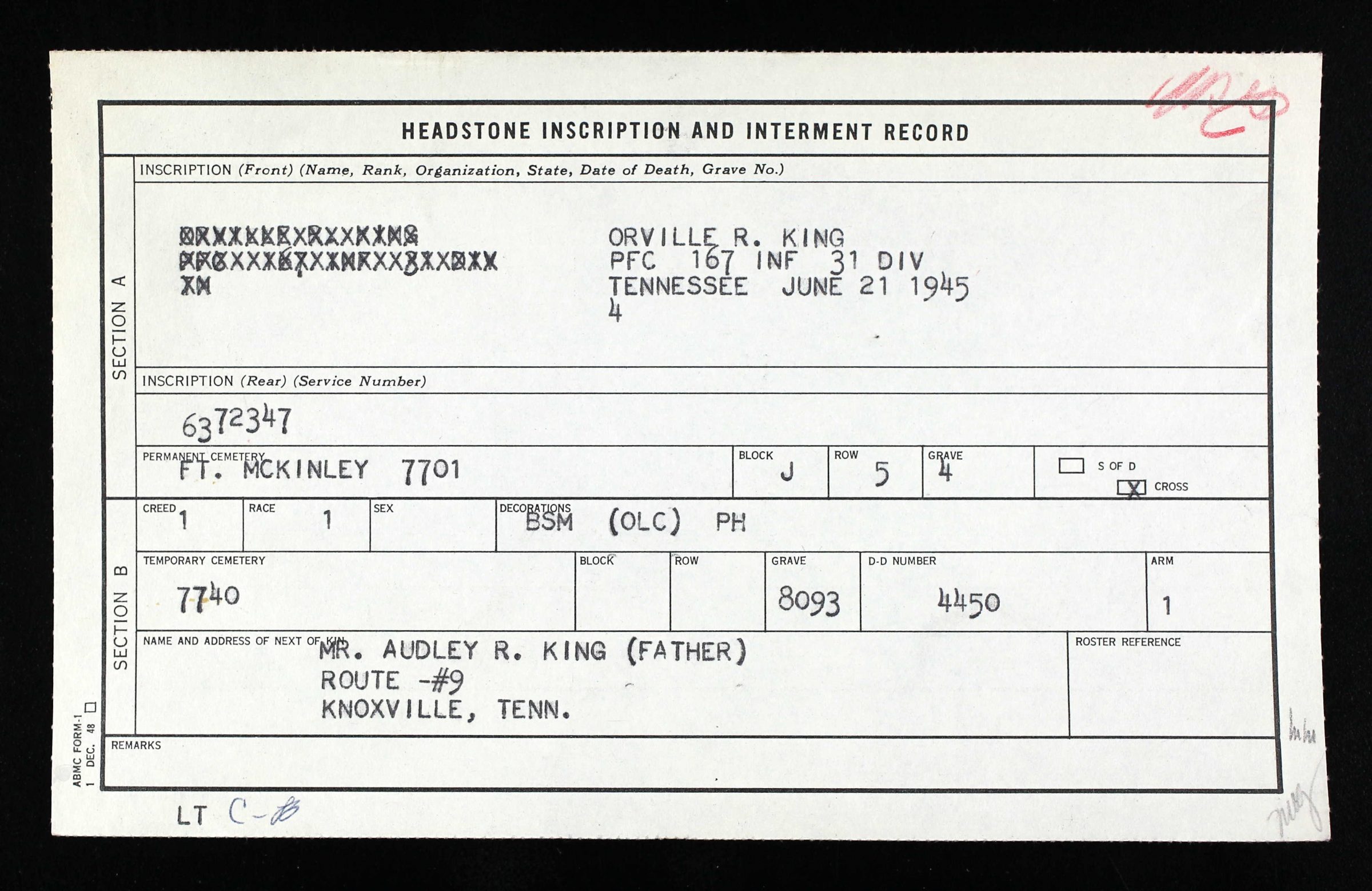 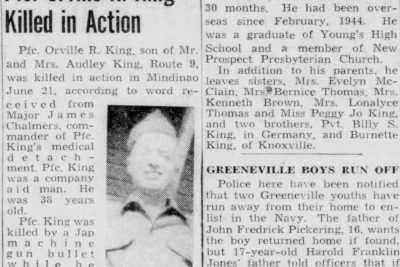 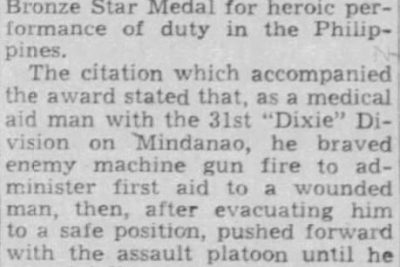