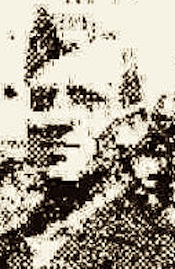 The Kingsport Times, 1 October 1944
O.D. Kitzmiller killed in action on Guam, July 23.
The War Department has notified Mr. and Mrs. Zed L. Kitzmiller of Fordtown that their son, PFC Orville D. Kitzmiler, was killed in action on Guam on July 23.
Private Kitzmiller had been in the service since June 23, 1942 and had received his basic training at San Diego, Calif. He went overseas in January this year. A member of the Third Marine Division, he was stationed at Guadalcanal several months before going into action in the Mariana Islands.

The Kingsport Times, 25 October 1948
PFC Kitzmiller Funeral Rites set.
Funeral services for PFC Orville D. Kitzmiller, son of Mr. and Mrs. Zed Kitzmiller, Fordtown, will be held Wednesday at 2 p.m. in Beulah Church with burial in the adjoining cemetery.
PFC Kitzmiller, a native of Fordtown, was killed on Guam on July 23, 1944. He was a member of the First Battalion, Third Marine Division. 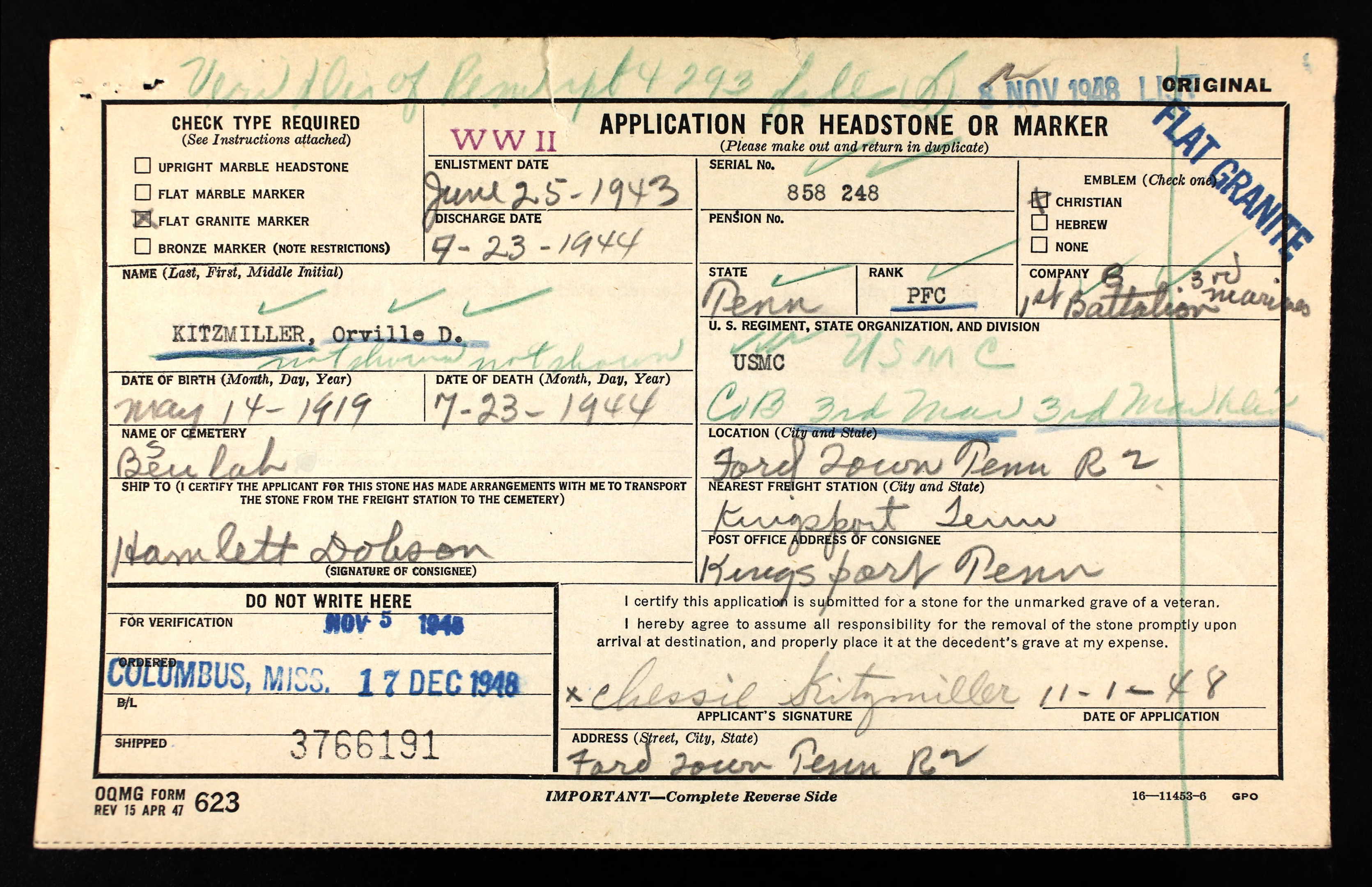