The Knoxville Journal, February  18, 1944
Pfc. Orville A. Dunaway, 19, son of Mr. and Mrs. J.F. Dunaway, Byington, was killed in action in the Pacific, Jan. 3, 1944, the family was notified yesterday. He entered the Marine Corps, Jan. 2, 1942. He attended Solway School and later farmed. Private Dunaway’s father is a veteran of World War I, a brother, Okey H. Dunaway is in the U.S. Navy; and another brother, J.W. Dunaway, who passed his physical examination day before yesterdat at an induction center was accepted for the Navy. He also is survived by three sisters: Glayds, Evelyn and Sarah Dunaway, all of Byington.

The News-Sentinel, Sunday Magaine, January 7, 1945
The courage of Marine Pfc. Orville Arley Dunaway, of Byington, who was killed in action on Cape Gloucester, won the praise of Maj. Gen. William H. Rupertus, commanding general on the First Marine Division. “He fearlessly entered the jungle to press the attack against a well-entrenched and determined force of enemy troop,:  Gen. Rupertus said in a citation. “The fire delivered by his section was so accurate and devastating that the enemy was completely routed in that sector of the beachhead.” 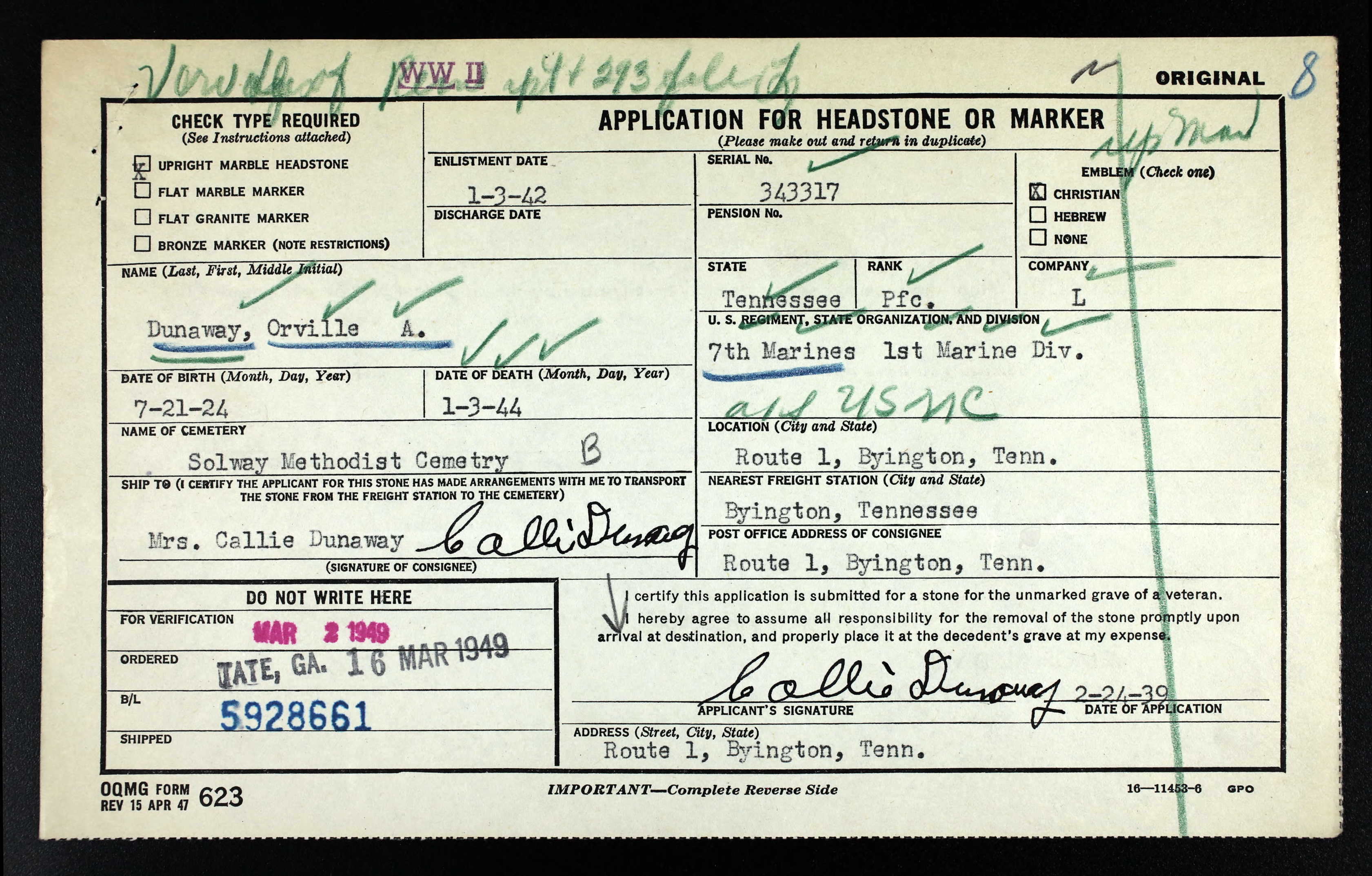 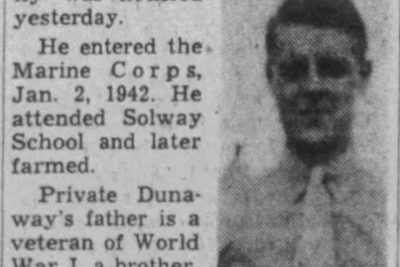