The Knoxville News-Sentinel, March 8, 1942
Aboard ship 550 miles west of Hawaii, on Nov. 7, a month to the day before Pearl Harbor, 22-year-old Onie Grodeman, a private first class soldier and brother of A.J. Grodeman, of the C.B. Atkin Co. here, began a letter to his mother, Mrs. M.J. Grodeman of High Point, N.C.
“Dear Mom,” he began, “we keep sailing west.” The nest day the soldier added a post script to the letter, yet unmailed: “It seems funny to hear the Notre Dame Navy game while we are eating breakfast.” Then you Grodeman added another post script to the letter again the following day: “still sailing.”
And those are the last words Mrs. Grodeman received from her son. She wonders whether he is still alive. His letter indicated that he was under the impression that his ship was headed for the Philippine Islands. I fit was, the soldier should have been on duty there the day of the Japanese attack. Mrs. Grodeman and her son live don Route 7 near here when he enlisted in the Army two years ago.

The Knoxville Journal, June 14, 1944
Pfc. Onie J. Grodeman, who was first reported missing in action after the fall of Corregidor, has now been reported dead by the War Department in Washington. Mrs. Martha Grodeman, mother of the young man, has received official notice of the death.

The Knoxville News-Sentinel, October 12, 1947
A Knoxville and an Alcoan soldier, both buried unidentified in a PHilippine cemetery, have been positively identified by Army experts, according to the War Department. They are Onie J. Grodeman, son of Martha Grodeman, Cain Road, and Pvt. Ray Barrett, Alcoa.
Mrs. Grodeman last heard from her air corpsman son in November, 1941, when he wrote that he was “sailing west.”
He was captured on Corregidor and died of dysentery in a prisoner of war camp in the Philippines on August 3, 1944. He is a graduate of Rule High School. He enlisted in the Army when he was 26. 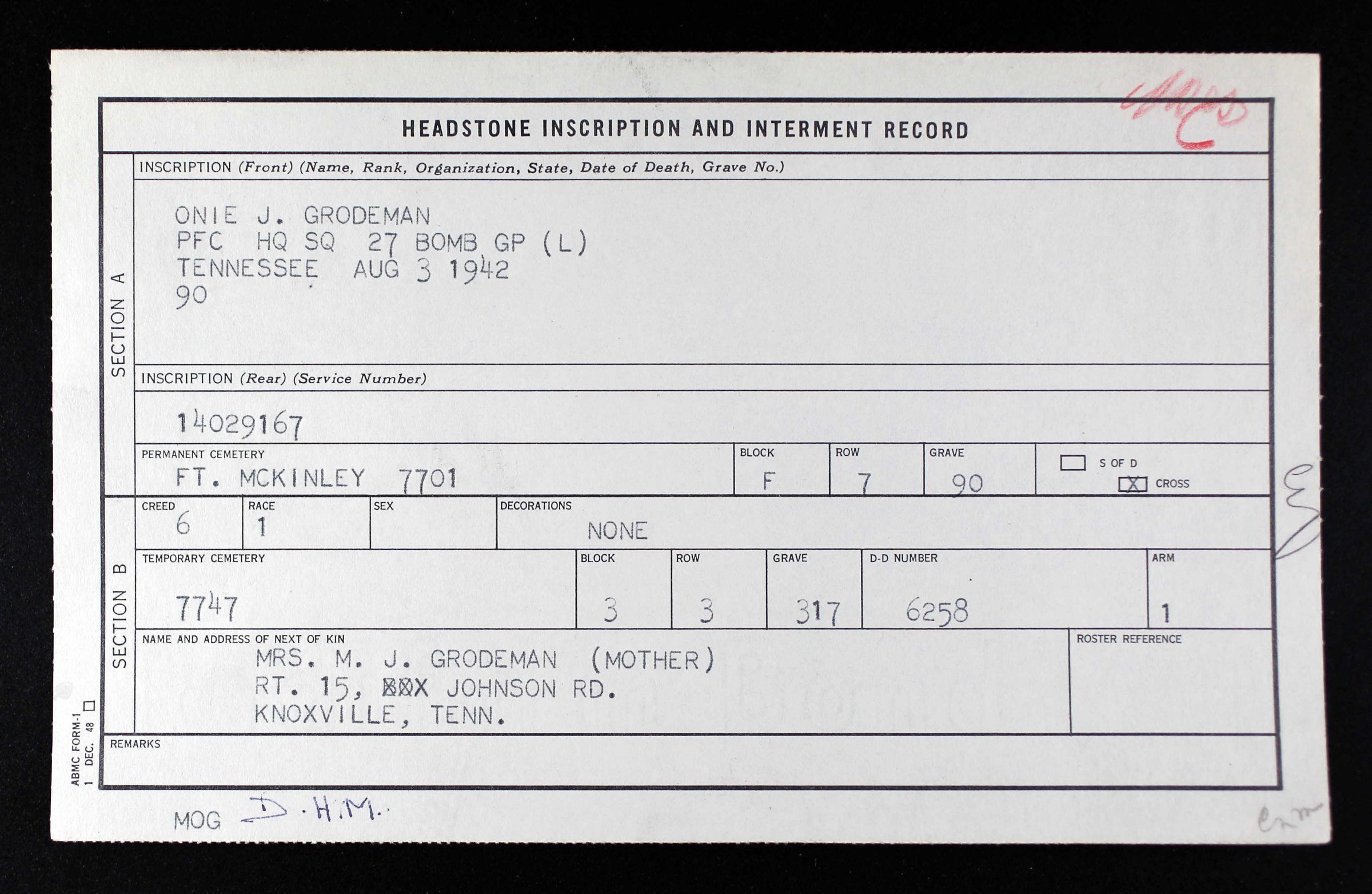 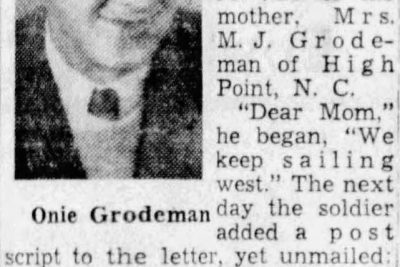 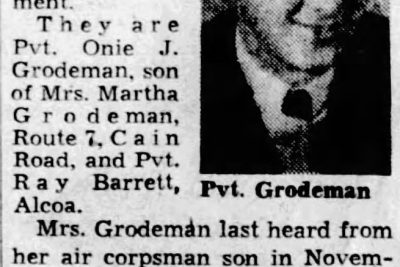