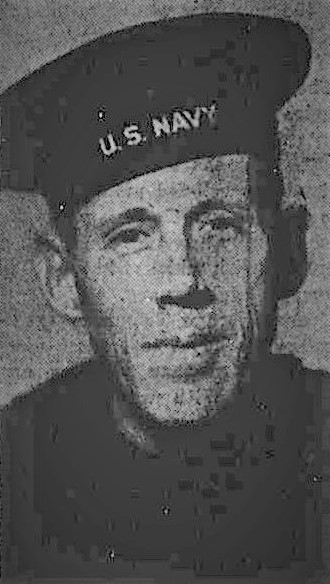 About one minute after the LST 477 was hit by an enemy plane that was seen to cross from starboard to port across this vessel in a dive of about 45 degrees and crashed into the bridge of the Keokuk and set her afire.

Oliver Hass was Killed in Action. He is memorialized at the Honolulu Memorial, Hawaii.

South Pittsburg Hustler, March 22, 1945
Four times a volunteer for military service, S1/C Oliver Hass has been listed as killed in action in the Pacific theater of war and buried at sea, according to word received recently from the War Department. Hass, army volunteer in World War I,, and a volunteer of post-war service, volunteered the service at the outbreak of the present conflict after being honorably discharged because of his age. He later volunteered, and was accepted for service int he navy, and was serving on an invasion craft when killed. Hass was a resident of Richard City, and an employe of the Penn-Dixie Cement Corporation. 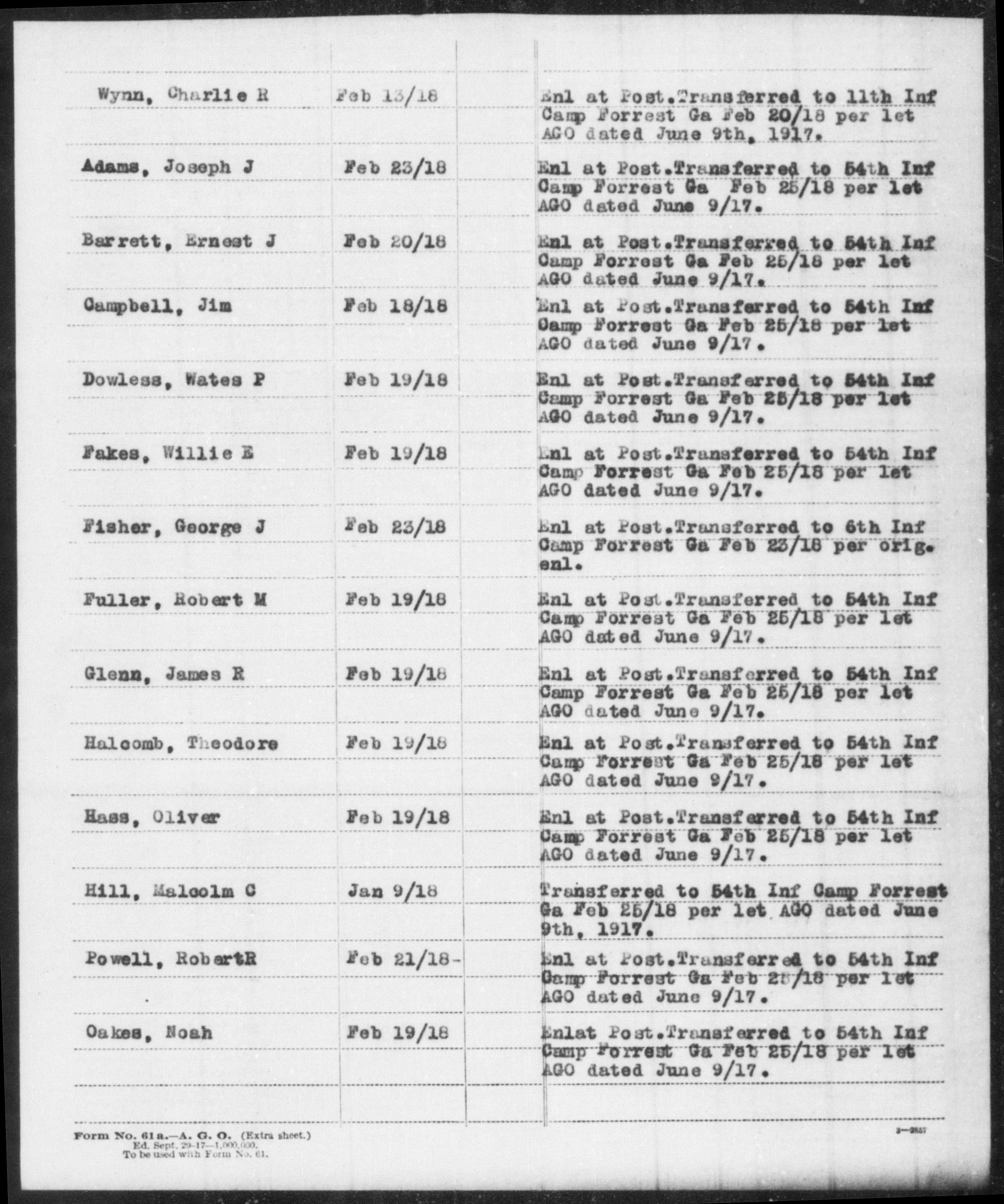 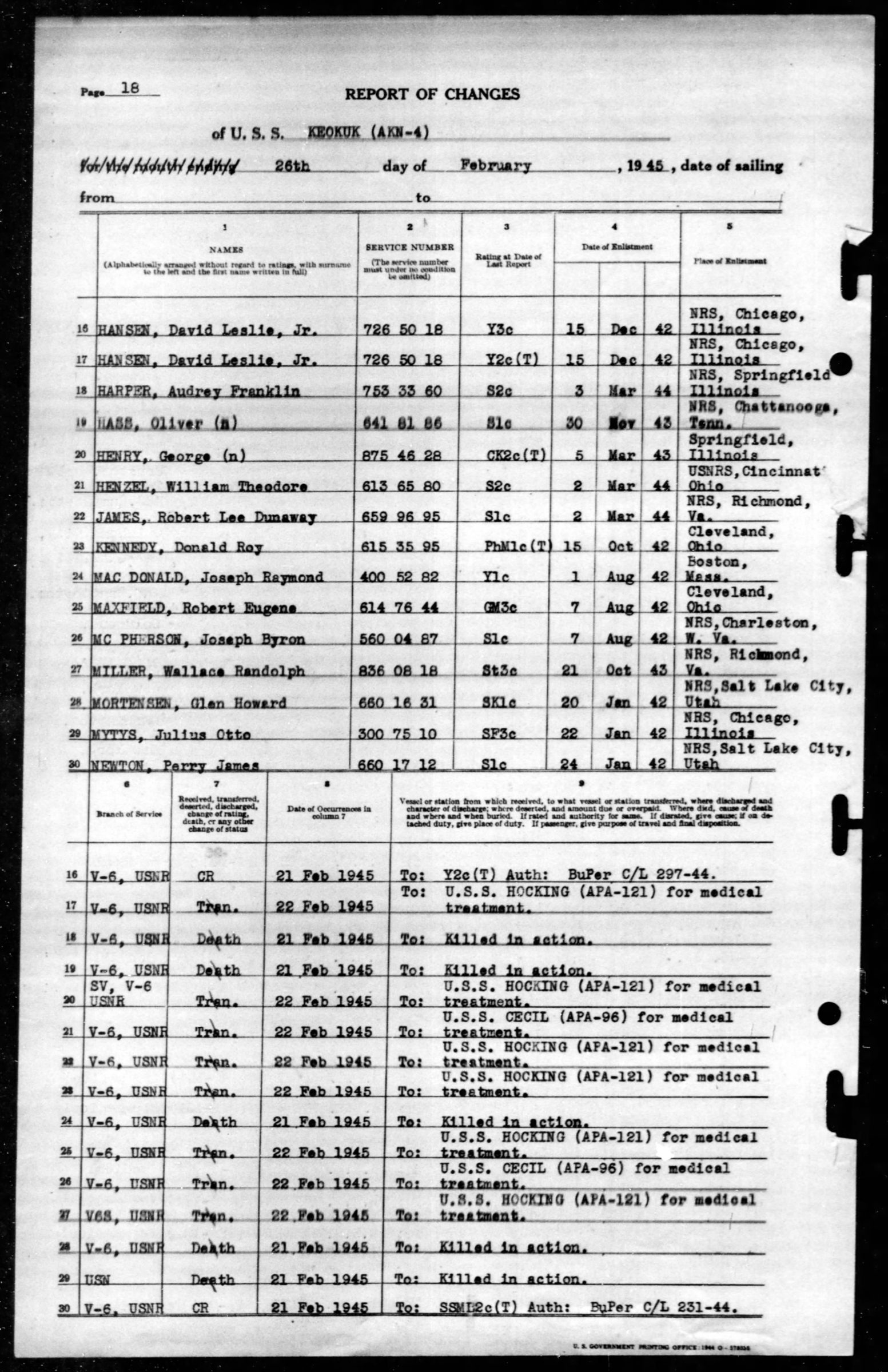