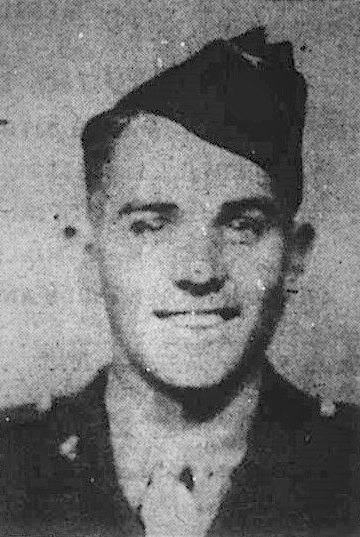 Served in US Army, 184th Infantry, 7th Division
Buried 31 January 1949 at the National Cemetery of Pacific Territory of Hawaii, Grave B82, PFC Quillen was initially buried at Mausoleum No. 1, Schofield Barracks.

Son of Floyd and Mae Quillen

The Loudon County Herald, March 16, 1944
Mr. and Mrs. Floyd Quillen of Greenback, Tenn., received a very sad telegram February 14, saying their son, Pfc. Ola B. Quillen was killed in battle on Feb. 4 at the Kmajalsin islands. Pfc. Quillen was 21 years old. He attended Greenback High School, and was employed at the Fort Loudon Dam before entering service, November 27, 1942. He received his basic training at Fort Ord, Calif.
Besides  his father and mother he leaves six brothers and four sisters. Having one brother in the Army, Pvt. Kenneth Quillen, who is stationed at Fort Sill, Okla. Pfc. Quillen is the brother of Mrs. Hoyt Bright of Loudon. Pfc. Quillen was a very popular young man and was liked very much by every one who knew him. 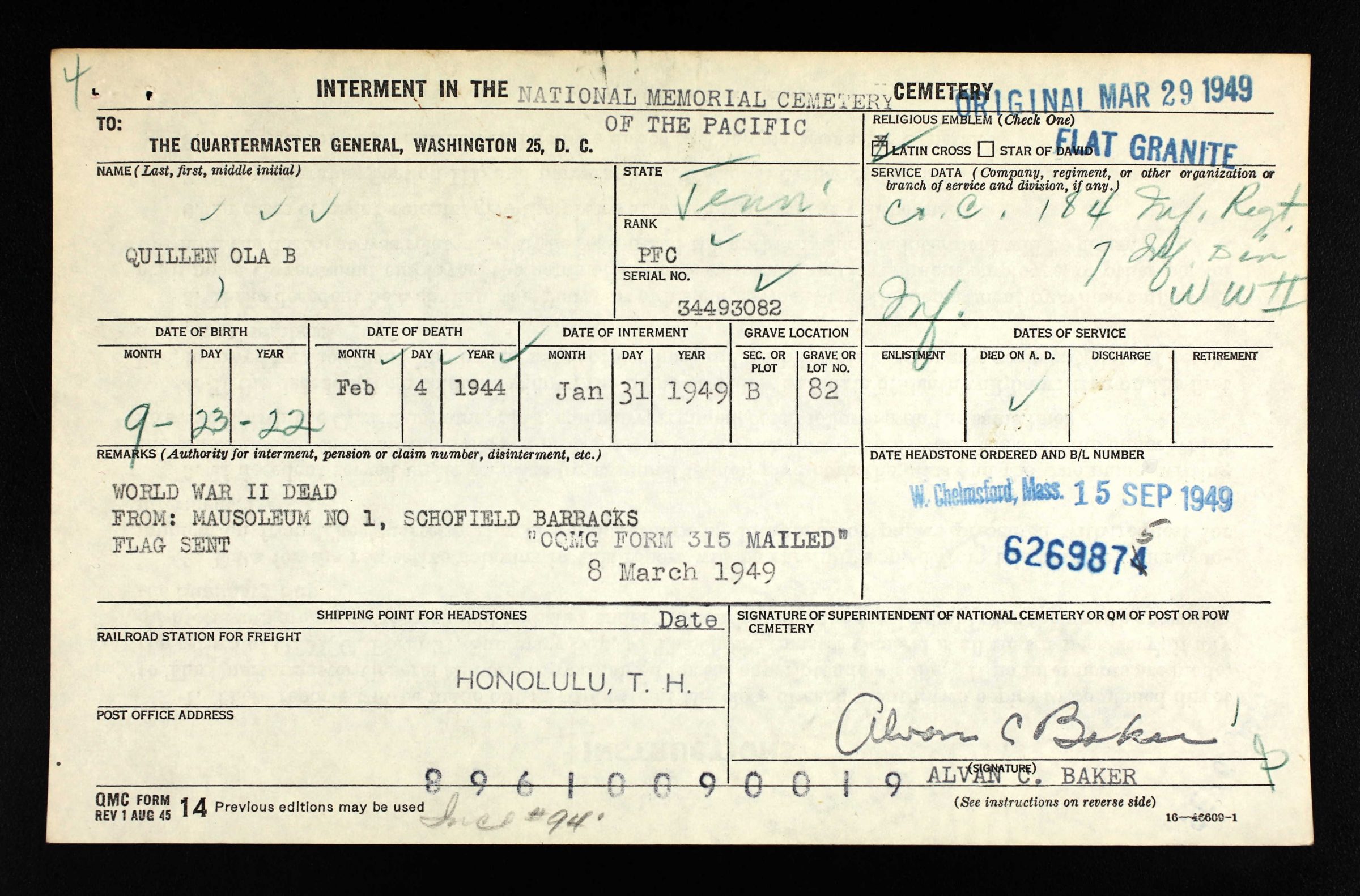 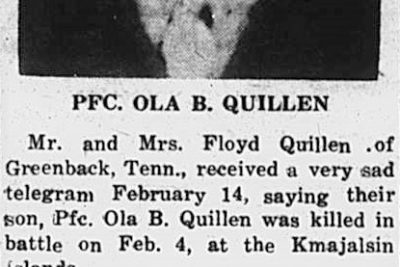 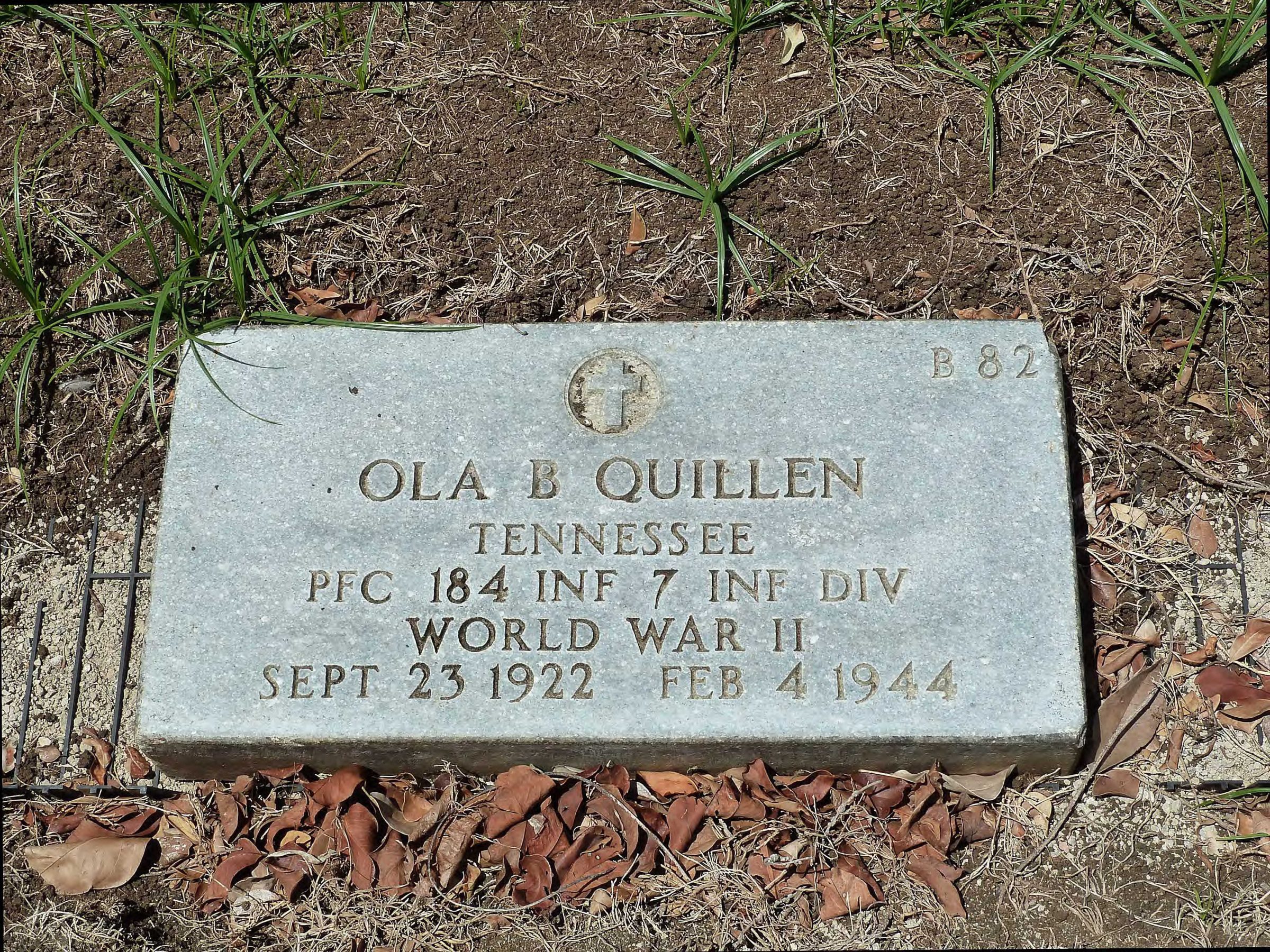