Ody Mulvany (also spelled as Mulvaney) served with Company C, 117th Infantry at Camp Sevier in South Carolina. He died at the Base Hospital of Bronchial Asthma at the age of 19.

Private Mulvaney was reported to be the first Knoxville soldier who died in Camp Sevier since the 117th Infantry’s arrival in September of 1917. Other deaths had been reported but Ody was the first from Knox County.

Ody enlisted in the Army in November 1917 and was connected with the U.S. River Improvement Corps on the Tennessee River.

He was returned to Knoxville from Camp Sevier and buried at Stoney Point Cemetery also known as Dailey Cemetery. 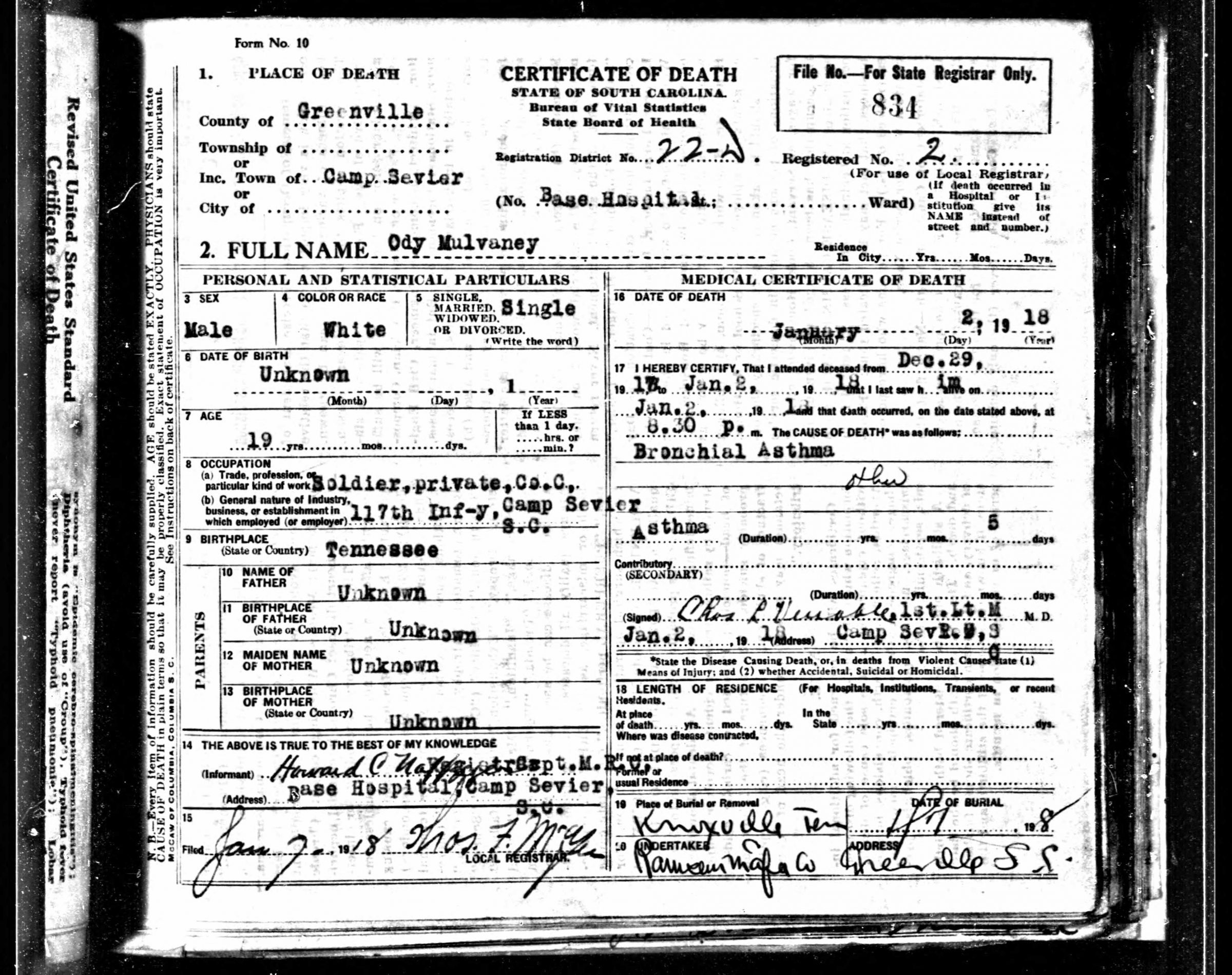 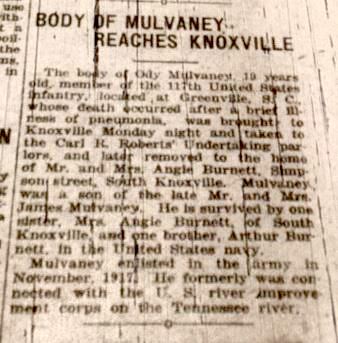 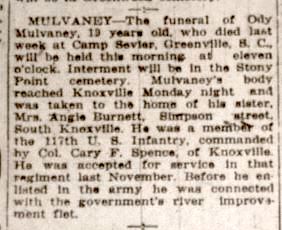 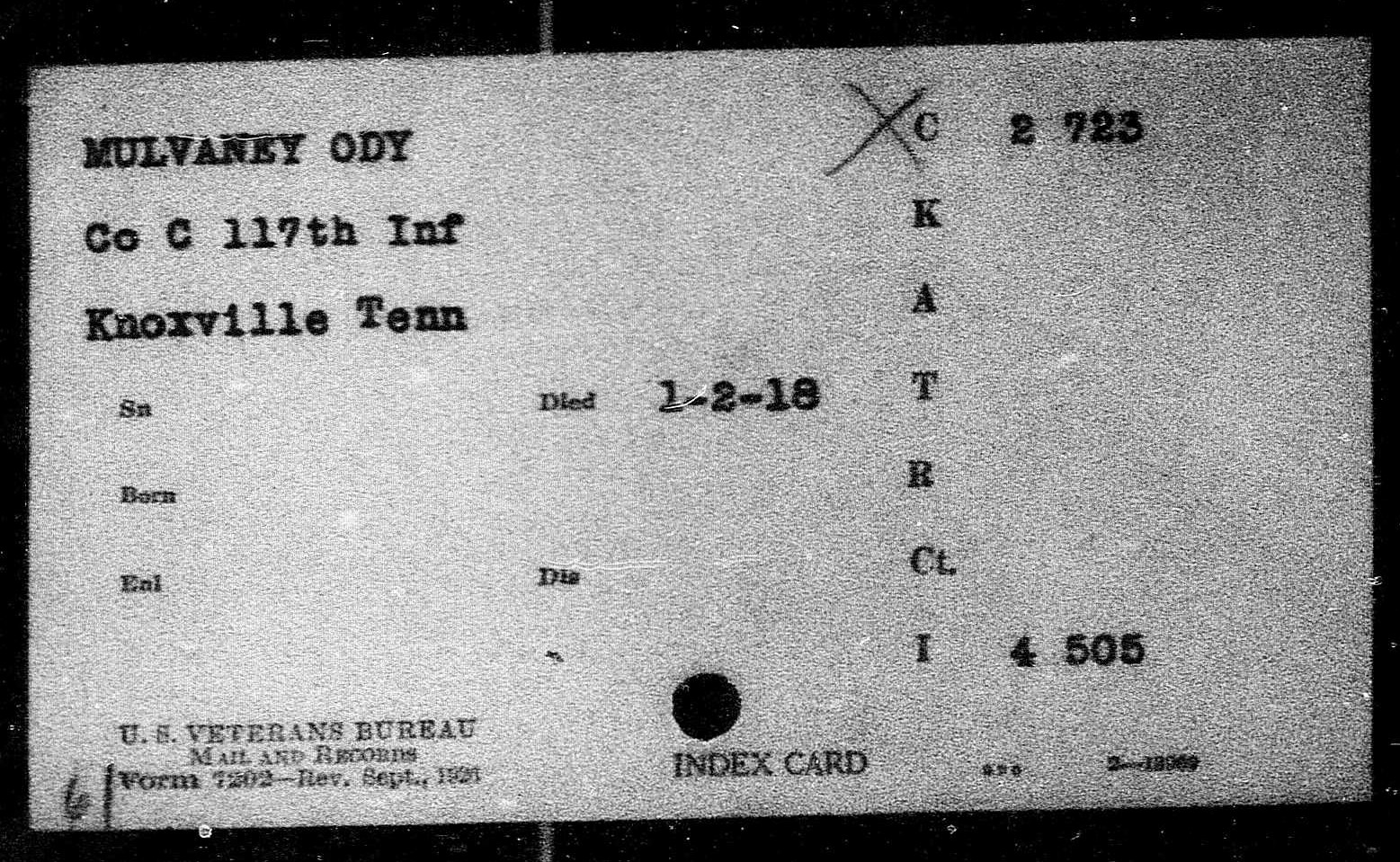 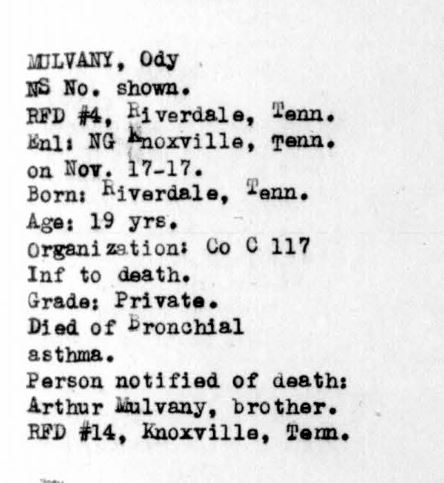