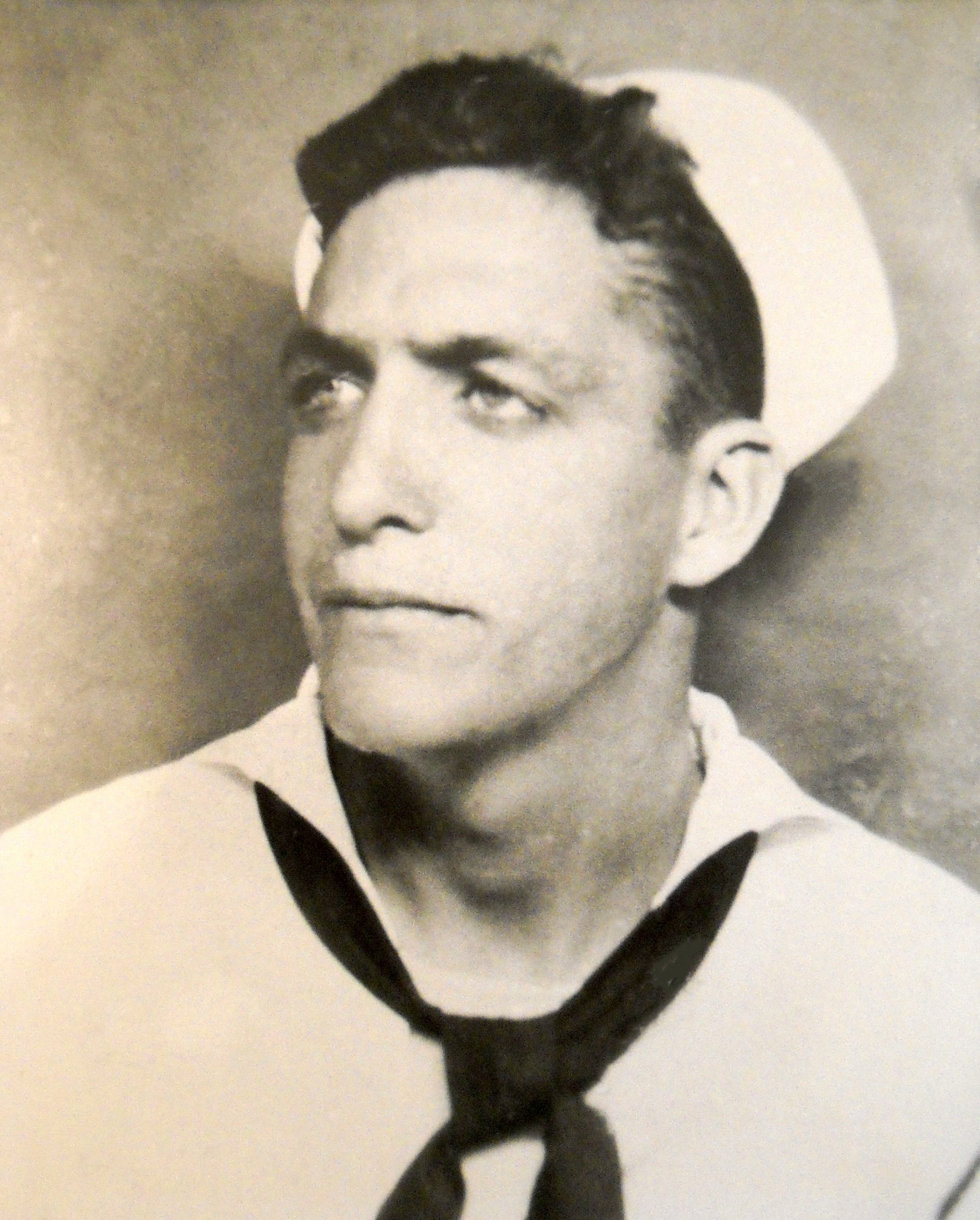 Odell was born in Ivy Hills, Haywood County, North Carolina on 25 August 1928, but called Johnson City, Washington County, Tennessee his home. Before enlisting in the United States Army and fighting in the Korean War, he was already a veteran of World War II having served with the United States Navy.

He enlisted in the Navy on 15 January 1944 in Nashville, Tennessee with service number 6419677, stating his date of birth as 29 August 1926. Actually, he was only 15 years old when he enlisted. After Odell completed basic training he was shipped to Hawaii and placed in reserve. He was pulled from reserve status on 9 May 1944 and signed aboard the USS PC-582, a PC-461-class Patrol Craft and Submarine Chaser as a crew member. Seaman Second Class Busler and his crew helped keep convoys and the shores of Hawaii secure. They also did a convoy escort mission to Saipan, Mariana Islands, Western Pacific on 23 July 1944. Odell was transferred on 14 June 1945 and signed aboard the USS PC-599 also a PC-461-class on 19 June 1945. He continued service with her and in Hawaii until the war ended and he returned home to Tennessee.

When war broke out in Korea, Odell was already in the Army and assigned to Company A, 1st Battalion, 5th Infantry Regiment, United States Army as a Light Weapons Infantryman. He enlisted in the Army on 11 June 1946 at Fort Oglethorpe, Georgia at age 17 and after basic training was assigned to the 7th Infantry Division in South Korea. He was transferred to the newly reactivated 5th Infantry Regiment on 1 January 1949 in South Korea to provide security while United States personnel and troops were withdrawn from the country. On 31 June 1949, the 5th followed and were assigned to Schofield Barracks, Hawaii. After hostilities began again in Korea, they redeployed back on 25 July 1950 and were attached to the 25th Infantry Division, part of Task Force Kean. At this time they were redesignated the 5th Regimental Combat Team, one of the best and fearless fighting units we had in the Korean War. They reinforced the 25th and the 1st Cavalry Divisions on the Naktong River line.

While engaged in fierce fighting on the Pusan Perimeter-Southwest, near Chingdong-Ni, South Korea on 27 August 1950, Odell was Killed in Action; he’d just turned 22 years old two days prior. For his actions in the Korean War, he was awarded the Purple Heart, National Defense, Korean Service, United Nations Service and Republic of Korea War Service Medals. His unit was also awarded the Republic of Korea Presidential Unit Citation. Odell is interred at Monte Vista Memorial Gardens, Section F, Lot 75, Space 3 in Johnson City, Tennessee. 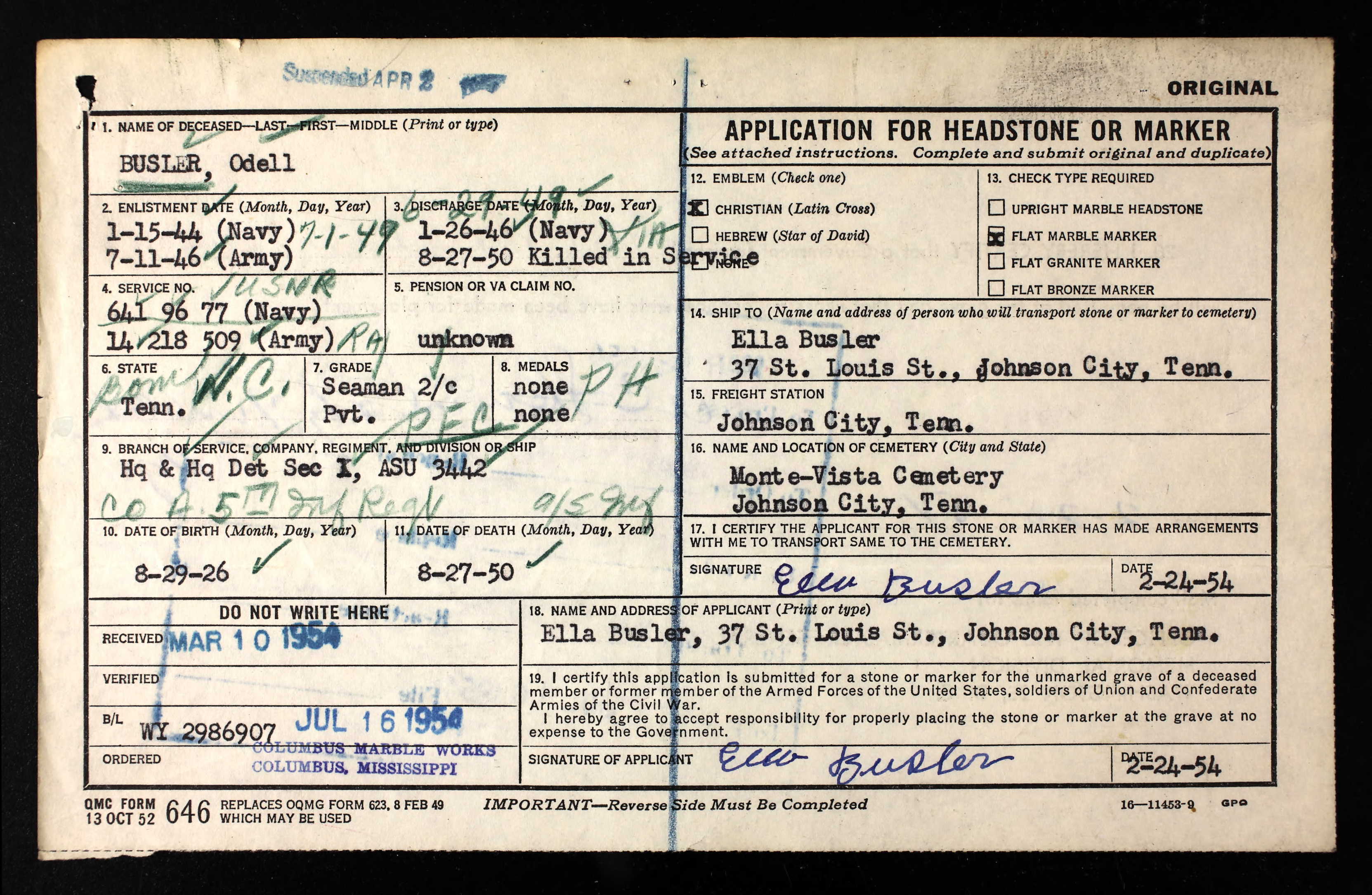 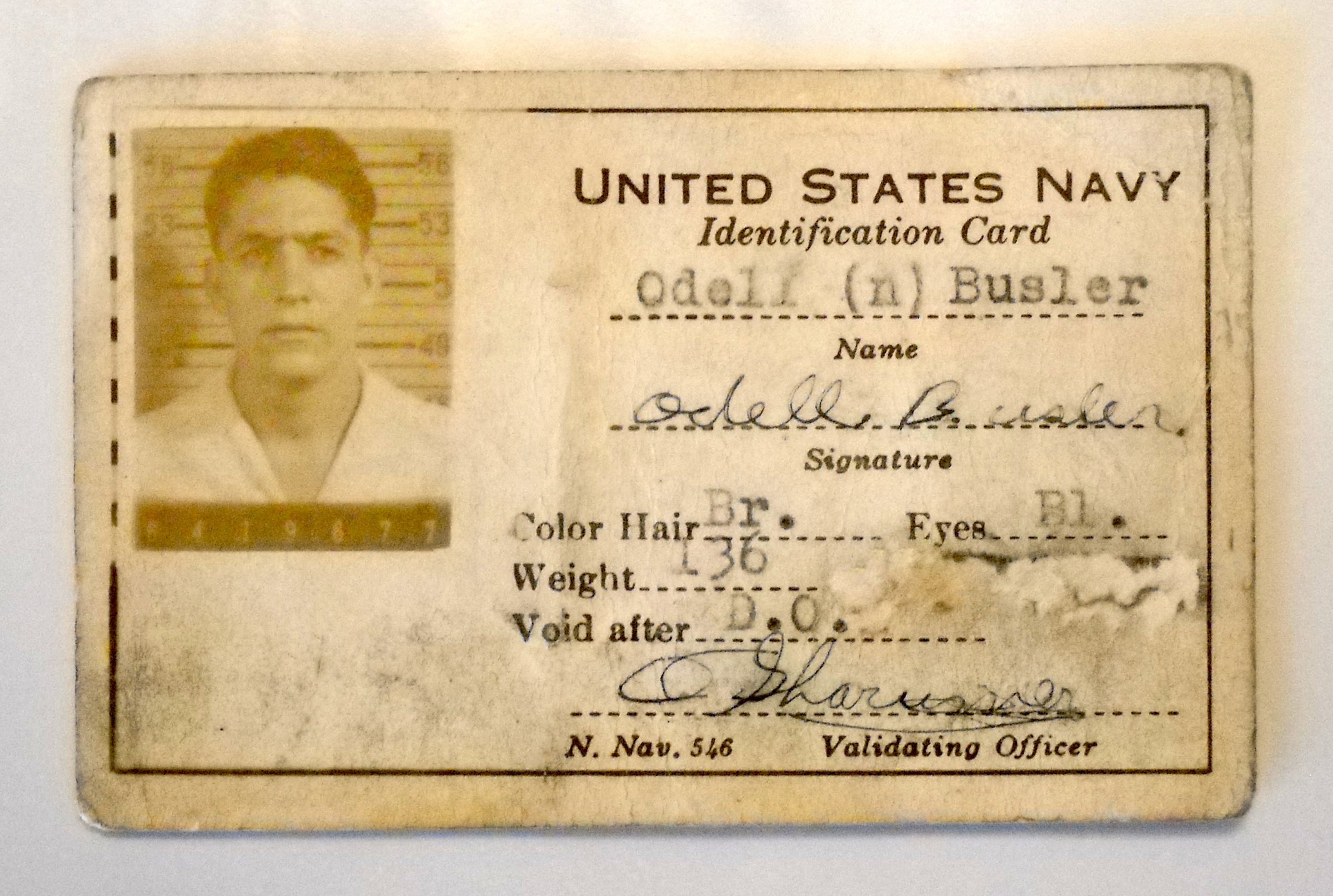